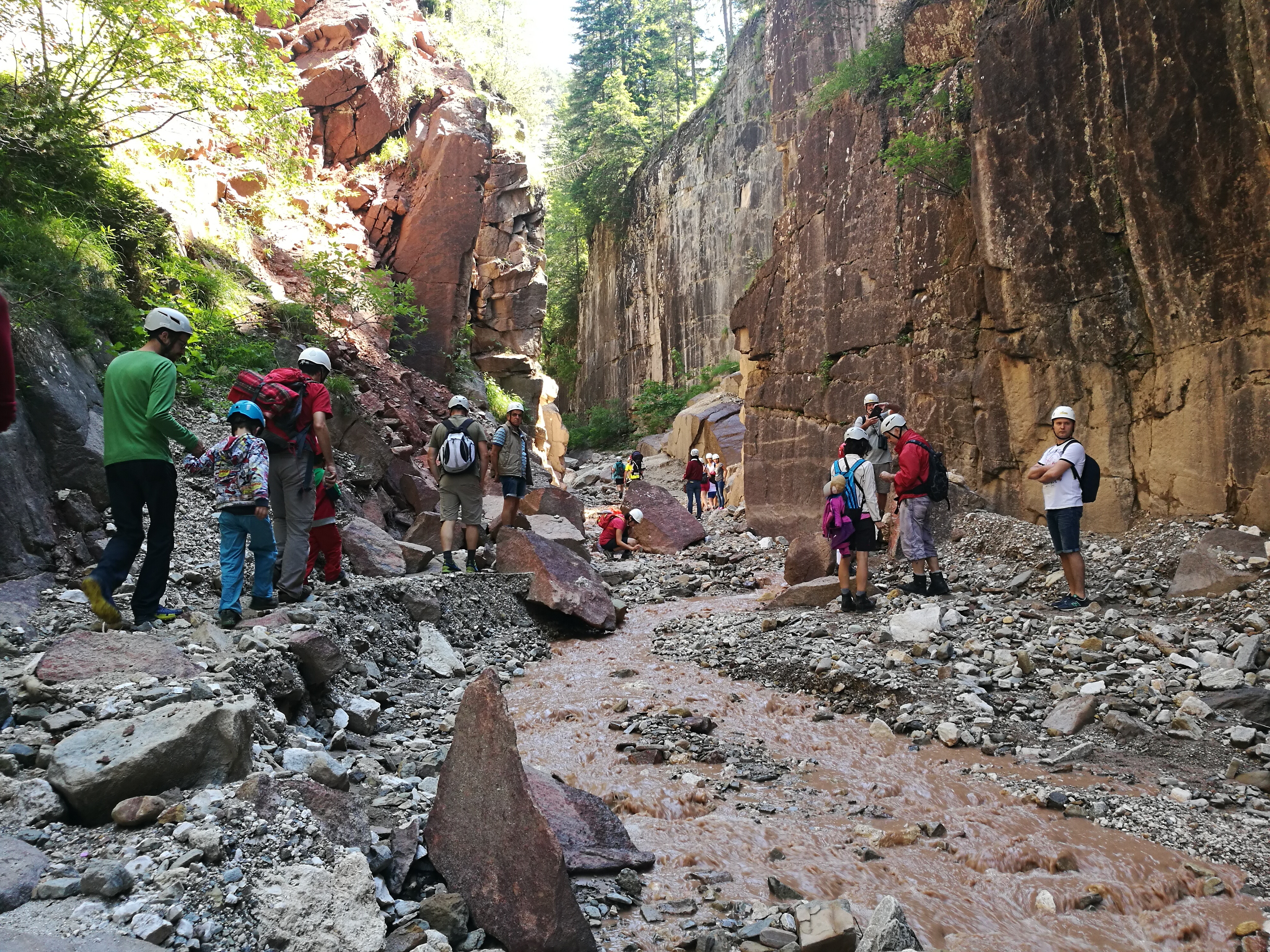 The first edition of “The #FossilSeaChallenge”, the competition organised by the Autonomous Province of Trento as part of the work of the UNESCO Dolomites Foundation “Geological Heritage” and “Education and Scientific Research” networks, is now a distant memory so it is time for secondary school students to put their imaginations back to work again. But this time be careful… you don’t get burnt!

FIRE AND ITS TRACES

The aim of the Fossil Sea Challenge is to teach those who gaze at the Dolomites out of their classroom window more about this World Heritage Site. But how? With a challenge, open to secondary school classes in the Veneto, Trentino Alto Adige and Friuli Venezia Giulia regions. Students are invited to come up with small-scale experimental, technical or scientific research projects which teach about the geology of the Dolomites. The theme of the first contest was water, making fire the obvious choice for the second one.

The challenge is destined to be doubly difficult because while the water theme was open to myriad interpretations (and that is exactly what happened!), fire will make the students dig even deeper, literally, to learn more about an element that is just as fascinating and has left its traces in the rocks and their red, green and black colours, testimony of the magma history which played such a large part in the creation of the Dolomite landscape.

COMPETITION OPEN TO THE SCHOOLS IN THE THREE REGIONS

Classes wanting to take part in the competition must come from the areas belonging to the UNESCO Dolomites Property: the Veneto region, the Autonomous Province of Bolzano, the Autonomous Region of Friuli Venezia Giulia and the Autonomous Province of Trento. The competition is free of charge but make a note of the date: all applications must be submitted by 9 November 2018. Like last year, a training day will be organised for teachers overseeing the projects; the commission will examine all the entries and choose the best two in each area and the overall winner.

Details can be found in the competition regulations which we ask you to read carefully (German version). For further information, please contact us on +39 0436 867395 or write to [email protected].

SO WHAT HAPPENED LAST YEAR?

Scientific experiments, crossword puzzles, hiking, hot-air ballooning, videos and 3D models all featured in the first edition, which resulted in a tie between Collegio “Don Bosco” in Pordenone which produced a series of videos which took visitors on a virtual voyage of discovery around their area, and Istituto “La Rosa Bianca” in Cavalese (TN) which wrote a scientific article using language suitable for middle-school pupils, then a fairy tale for primary school children and a mural located at the Alpe Cermis cableway (Masi di Cavalese). As it was a tie, the prize offered by the organisation has even more resonance: a trip to the Torre di Pisa refuge on Latemar, which will be a great opportunity for the two schools to meet up and exchange their ideas.