News | 365 ways of staying together as the UNESCO Dolomites 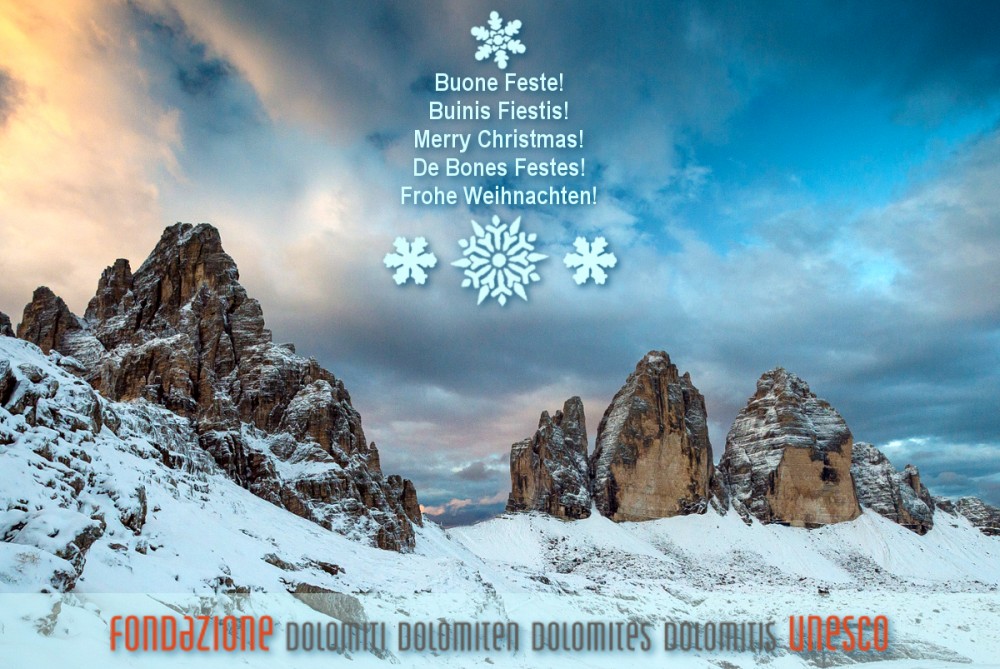 Every day a meeting, a project taking off or coming in to land. Every day a suggestion, a new awareness. 365 days in the midst of the Dolomites World Heritage Site, with an iron will, as solid as rock, intent on making it an even greater star on the world stage. Together. Together is the word that triggered UNESCO recognition, and together remains the key word motivating each and every activity undertaken by the UNESCO Dolomites Foundation on each and every one of the 365 days of 2017.

FROM SEED TO FRUIT in 2017: AWARENESS

2017 offered opportunities not only to keep sowing the seeds of conservation values and enhancing the property but also to harvest some valuable fruit. Here are just some examples.

First of all the Overall Management Strategy which was also made possible by the sharing project #Dolomites2040, its seed sown in 2015, and now seen as the international benchmark. The route to putting the Management Strategy into practice was presented over the course of the year on a number of occasions, moving from Modena to Lübeck by way of Switzerland. The real challenge now is that which awaits the main players in the various locations. The Overall Management Strategy for the World Heritage Site has been written by many hands, listening to many voices, but now each one of us must ask ourselves how to seize the opportunity provided by UNESCO recognition, using the Foundation as the instrument, but above all feeling a personal involvement.

Among the seeds sown during the year to bear fruit in the form of a greater awareness of what it means to live in a World Heritage Site, mention must be made of participation in the first project #dolomitesvives organised by the region Trentino – Alto Adige-Südtirol. This took place every Wednesday throughout July and August when the Sella Pass could only be reached on foot or by bike, by public transport or by ski lift, when the UNESCO Dolomites Foundation, together with some local experts, took visitors on a geo-trekking outing.

One of the jewels in the crown of the 2017 programme was undoubtedly the relationship established with mountain huts’ owners. This newsletter gives an account of the course run in November to further raise the awareness of the vital role played by those owners as the first ambassadors for the World Heritage Site and its values. This was just one instalment in a much larger project whose launch was made possible by the agreement entered into by the Foundation, Alpine associations and mountain huts.

The response of these managers was more than merely positive. Their willingness to be knowledgeable and motivated promoters of the UNESCO World Heritage Site went hand in hand with significant ideas for developing tourism. This was clear from some of the information in the press releases issued over the summer, recording greater numbers and diversity of international visitors compared to the past, due, among other things to the interest aroused by UNESCO recognition.

FROM SEED TO FRUIT IN 2017: THE DOLOMITES AS LEAD PLAYERS

The drive to raise awareness was aided by an event capable of increasing the visibility of the Dolomites World Heritage Site. This was the course organised by ICCROM (The International Centre for the Study of the Preservation and Restoration of Cultural Property) which in October held a session in Trentino providing an opportunity to inform those who manage World Heritage Sites from all over the world about the special features of the Dolomites site and also about the management strategy which aims to involve the local population, a theme that was also one of the key objectives of the course.

If it is true that participatory management of the site is an international example of best practice, it is equally true that a pathway built on sharing is an essential route and the direct consequence of the values that drive all those who live and work in the Dolomites. These values are the focus of the documentary Dolomiti. Economia del Bene Comune (The Dolomites. Economy of the Common Property) made by Piero Badaloni with the collaboration of Fausta Slanzi and with photography and editing by Nicola Berti. A collection of different stories, united by the same spirit: doing business in the mountains with the utmost respect for them makes an essential contribution for achieving the goal of the common good of the common property.

This new DVD goes hand in hand with the six-part documentary also directed by Piero Badaloni, Dolomiti. Montagne – Uomini – Storie (The Dolomites. Mountains, People and their Stories) distributed in 2017 together with some local papers of the Friuli and Veneto area.

Another seed sown in 2017 and already sprouting, in the form of further raising the profile of the Dolomites UNESCO World Heritage Site at both European and global levels, was the promotion of such events as the photographic exhibition Dolomiti. Il cuore di pietra del mondo (the Dolomites. The Heart of Stone on the Earth), a collection of 50 shots of the Dolomites UNESCO World Heritage Site taken by the photographer from Merano Georg Tappeiner. An exhibition that also visited Prague thanks to the UNESCO Dolomites Foundation’s partnership with the Czech Republic National Geographic and the Italian Embassy in Prague. The show was also a big hit locally when it visited Belluno, as part of the festival Oltre le Vette, so much so that it was kept open for several days longer.

The UNESCO Dolomites also played a starring role in the International Tourismus-Börse in Berlin, Europe’s biggest tourist industry trade fair, at which operators from 180 different countries had the chance to delve more deeply into the treasure trove that is the landscape, geology and human history of the Dolomites.

FROM SEED TO FRUIT IN 2017: TRAINING AND INCLUSION

The seeds sown in the context of training every year yield a rich harvest, but new seeds are still being sown with ideas from the Education and Scientific Research Network. These include the course for Administrators and Opinion Leaders and the Postgraduate course in Management of UNESCO World Heritage Sites, now running for the fifth time.

Another highly significant project is the Dolomiti Accessibili (Accessible Dolomites). If the word “together” is the key concept for the management of the World Heritage Site, it is necessary to emphasise that “together” means that no one is excluded. The subject of sustainable accessibility to the Dolomites naturally includes people with disabilities and therefore, quite rightly, this project has attracted the attention of the Italian Ministry of Cultural Heritage. A number of courses were run during the year aimed at ski and climbing instructors and mountain guides.

Many other projects took place during 2017 all of them based on the goals and methods devised by the Trentino School of Management | step_area UNESCO together with MUSE (the Trento Science Museum) and the Autonomous Province of Trento, responsible for coordinating the Network.

The challenge of managing this serial property will continue in 2018 for which many projects and events have already been planned and goals set. So many seeds to be sown and so many fruit to be harvested. The hope we share with all readers of our newsletter is the same as we have for ourselves, that we continue to work together. We are not just talking about people with technical, administrative or political roles, we are also talking about all of you. This is because this property in which we live is a common property, the heritage of all humanity, and as such its management must be based on common responsibility, for the common good, something each and every one of us must continue to feel in 2018.