News | The LabFest programme will be online soon. Here is some breaking news on the Belluno edition of #BEYONDBORDERS 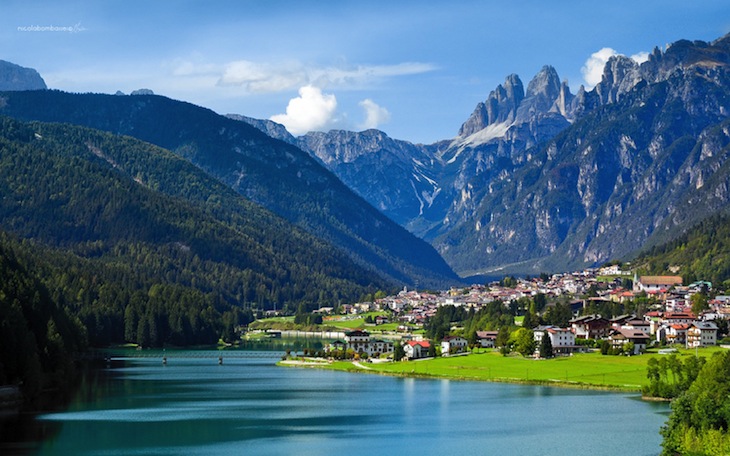 The 2015 edition of the Dolomites UNESCO LabFest will take place in Auronzo di Cadore, in the Province of Belluno, not far from the Tre Cime peaks that, one hundred years ago, were a theatre of war for the people of the Dolomites and which have now become a symbol of peace.

This year’s LabFest will be entirely dedicated to the theme of borders, or rather overcoming borders. After the 2014 edition #HAYMAKING, held in Val Badia on the theme of caring for the meadowlands and mountain landscape, the 2015 LabFest #BEYONDBORDERS will turn its attention to war and frontiers, to smuggling and encounters, to challenges at high altitude and those presented by living together in situations of varying complexity.

The various contributors will all reach beyond borders in their own special way, with exponents of such subjects as astronomy, gastronomy, anthropology, art, music and photography, all addressing a hugely diverse audience, both children and grown-ups, visitors, experts, and the merely curious.

The programme for the Dolomites UNESCO LabFest will be online very soon, we are just waiting for the list of events for the last weekend in August (28, 29, 30 August 2015). Just imagine, a treasure hunt among the trenches, stories of people who have overcome the limits of their own life, tales of Alpine smuggling, accordion music and the songs of war, an experiment on borders, a group of teenagers looking for traces of their grandparents, the words of a great figure from the Dolomites.

For information and updates, see the Dolomites UNESCO LabFest website