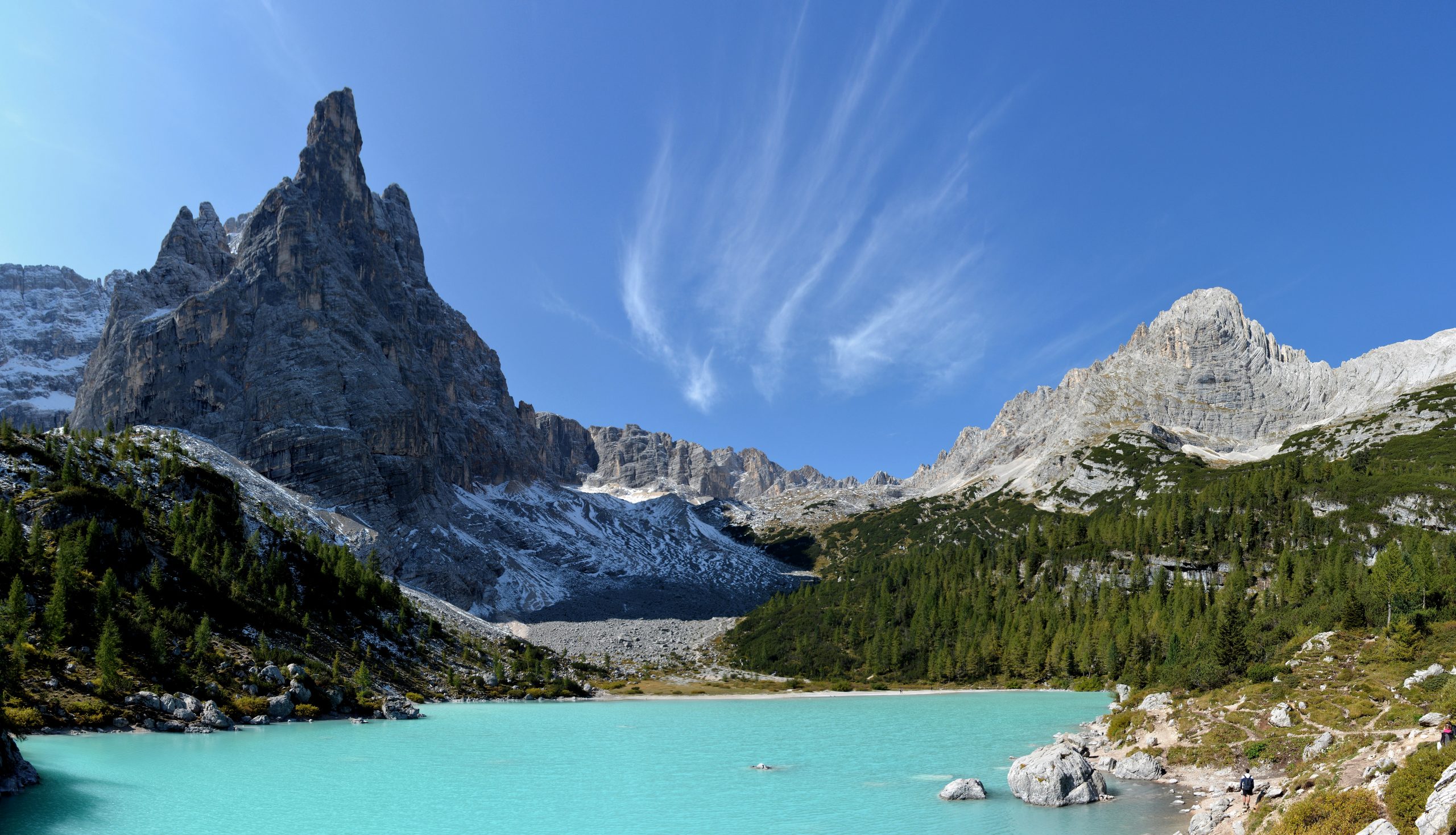 A video has been produced by the MUSE Science Museum, the University of Milan and the Natural Park of the Ampezzo Dolomites, bringing the voice of scientists and those who work in the area to the debate regarding the thousands of visiting tourists, the controversy over unconscious and sometimes uncivilized behaviour, and the measures needed to protect the turquoise waters of Lake Sorapiss, as well as the retreating glaciers of the massif and its vanishing biodiversity.

In the heart of the Natural Park of the Ampezzo Dolomites, the three glaciers on the northern side of the Sorapiss (or Sorapìs) massif have been in constant and severe retreat since the mid-1980s. It is “an extremely delicate environment that the MUSE Science Museum of Trento and the University of Milan, in collaboration with the Park, are studying from both a scenic and biological point of view”, reads the note accompanying the video project. “Around the turquoise-coloured lake of the same name, which is much photographed and overrun by thousands of tourists during the summer months, there are plant and animal communities, some at risk of extinction, which must be studied, protected and monitored”.

Studying to arrive at a decision

“Until a few years ago, Lake Sorapiss was just one of the many destinations in the Ampezzo Dolomites, along with many other beautiful lakes in the area. But tourism has been increasing for some time. Climate change and the ever-increasing number of people visiting certain areas of the Dolomites have had an accelerating impact on this area, presenting us with serious problems in terms of conservation and doubts about the sustainability of tourism”, explains Michele Da Pozzo, director of the Ampezzo Dolomites Park. In collaboration with specialists from MUSE and the University of Milan, we are studying the past and present dynamics as well as the biodiversity of plants and animals at this site, and we will do our utmost to safeguard it and keep it in a usable condition to the greatest extent possible”.

The voice of experts and operators

The video was released on 24 May, on the occasion of the “European Parks Day”, and features the voices of Park Director Michele Da Pozzo, MUSE researchers Christian Casarotto and Mauro Gobbi, Milan University botanist Marco Caccianiga and the first “sentinels” of the area, such as the managers of the “Alfonso Vandelli” mountain huts. “We need greater awareness of the environment, nature and everything that surrounds us”, summarises Sabrina Pais perfectly. “They are gifts that we have received, and we have a duty to preserve them both for ourselves and for future generations.”