News | Dolomites UNESCO World Heritage Refuges, the agreement is signed by the Foundation and mountain climbing associations in the Dolomites

come together to promote the UNESCO Dolomites Natural Heritage

The UNESCO Dolomites Foundation and representatives of CAI Veneto, CAI Friuli Venezia Giulia, CAI Alto Adige, SAT- Società Alpinisti Tridentini and AVS – Alpenverein Südtirol have signed the agreement ‘Dolomites UNESCO World Heritage Refuges’. This agreement takes us closer to achieving a number of objectives, including boosting the symbolic role of refuges, promoting them as information providers and raising the standard of their accommodation and environment performance. 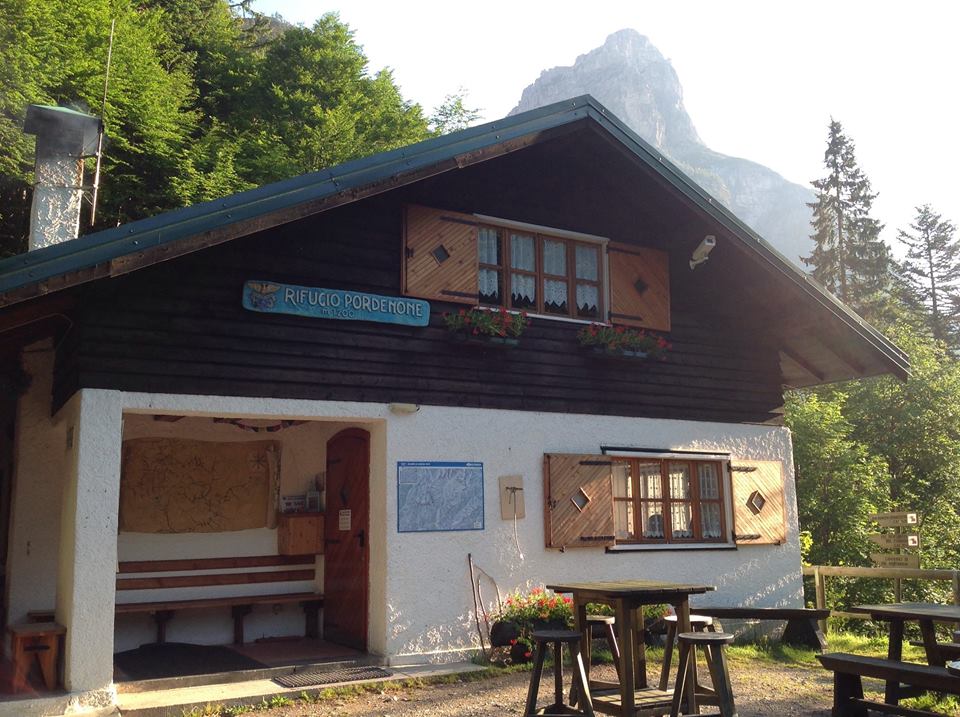 The project involves the 66 refuges located in the core zone of the nine systems of the UNESCO Dolomites and its aims are to:

According to the agreement, the Foundation will be tasked with coordinating the project, handing out the ‘UNESCO Dolomites info point’ plaques to the refuges and huts taking part and organising training courses for refuge owners, explaining the aesthetic, landscape, geological and geomorphological aspects of the area so they are able to promote the values of the World Heritage Site in the appropriate manner.

The mountain climbing associations, which own or run a large number of the refuges and huts in the core zone of the UNESCO Dolomites site, are committed to promoting the project, deciding how the refuges can interact with the environment to respect the criterion of sustainability, establishing the qualitative and quantitative features of their accommodation, making sure refuge owners get involved in the project and defining criteria to monitor the whole project. 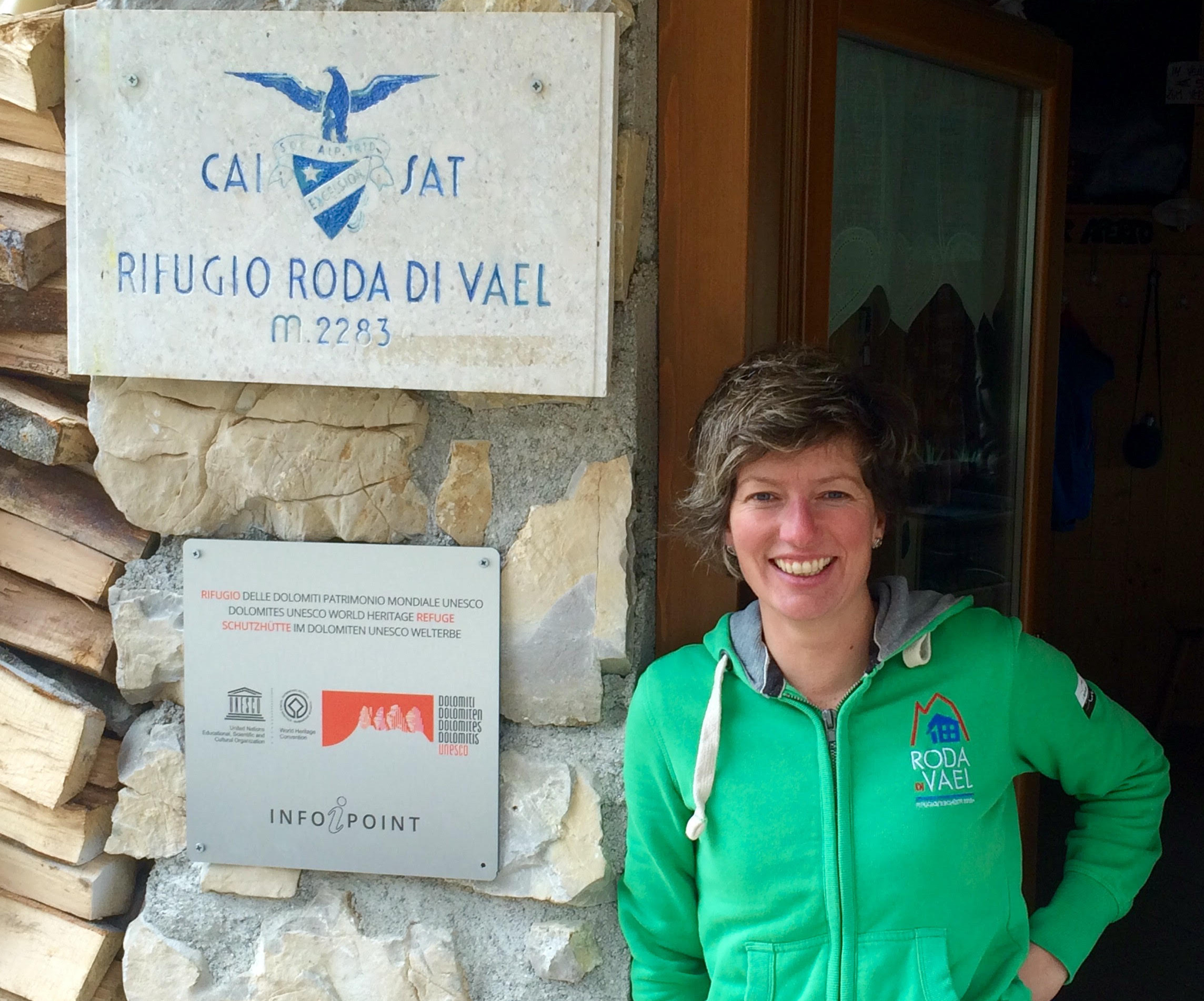 The ‘Dolomites UNESCO World Heritage Refuges’ project got underway on 13 June 2016, when the Foundation and the mountain climbing associations gave out the very first ‘UNESCO Dolomites info point’ plaques to the refuges which had already signed up. Each of the refuge owners received a plaque to place outside their refuge, an information board about their particular Dolomite system for inside, as well as information in a number of languages about the UNESCO Dolomites Heritage, including the DVDs of the documentary ‘Dolomiti. Montagne – Uomini – Storie (The Dolomites. Mountains, people and their stories)’ and the Guida Verde about the UNESCO Dolomites published by the Touring Club. 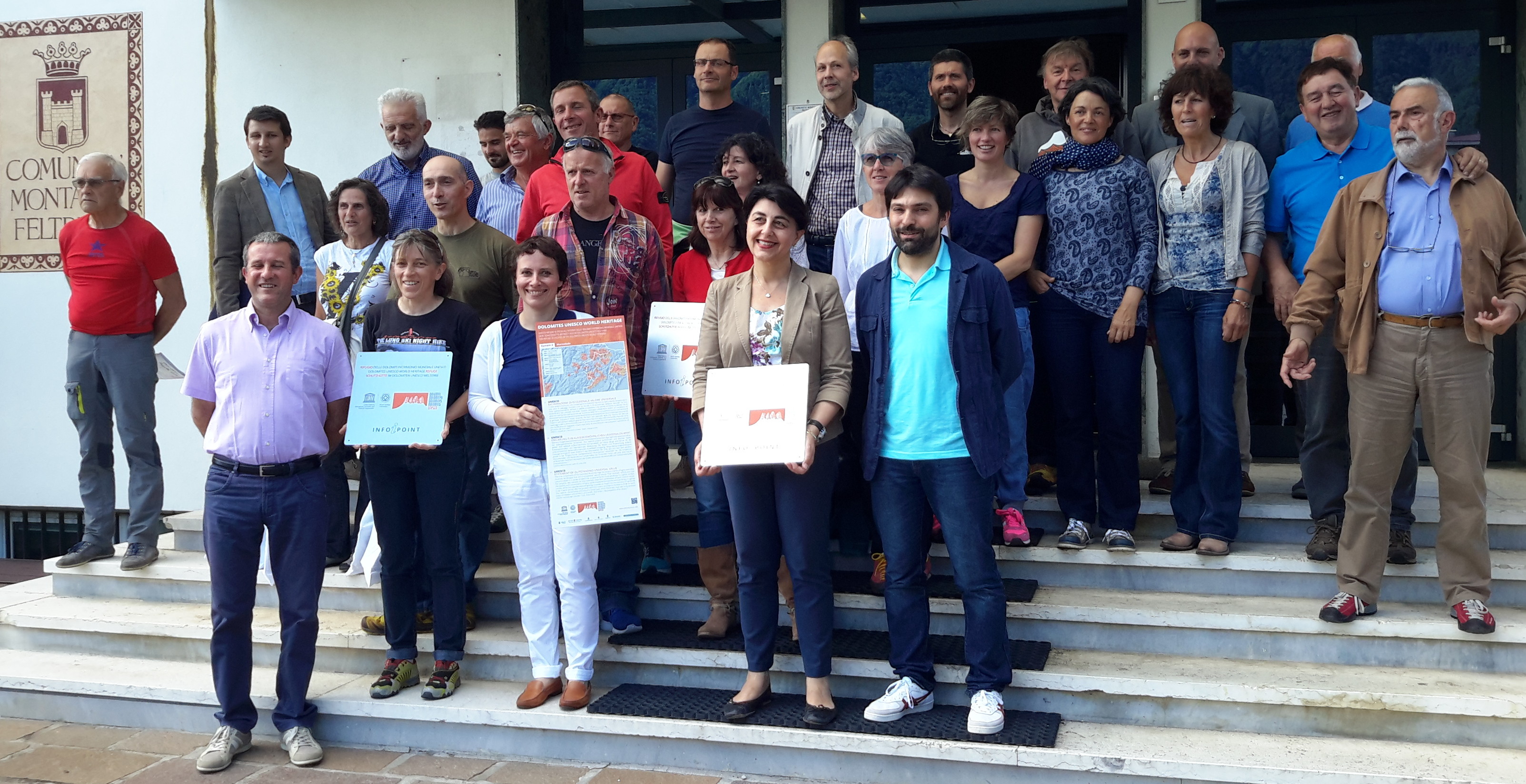