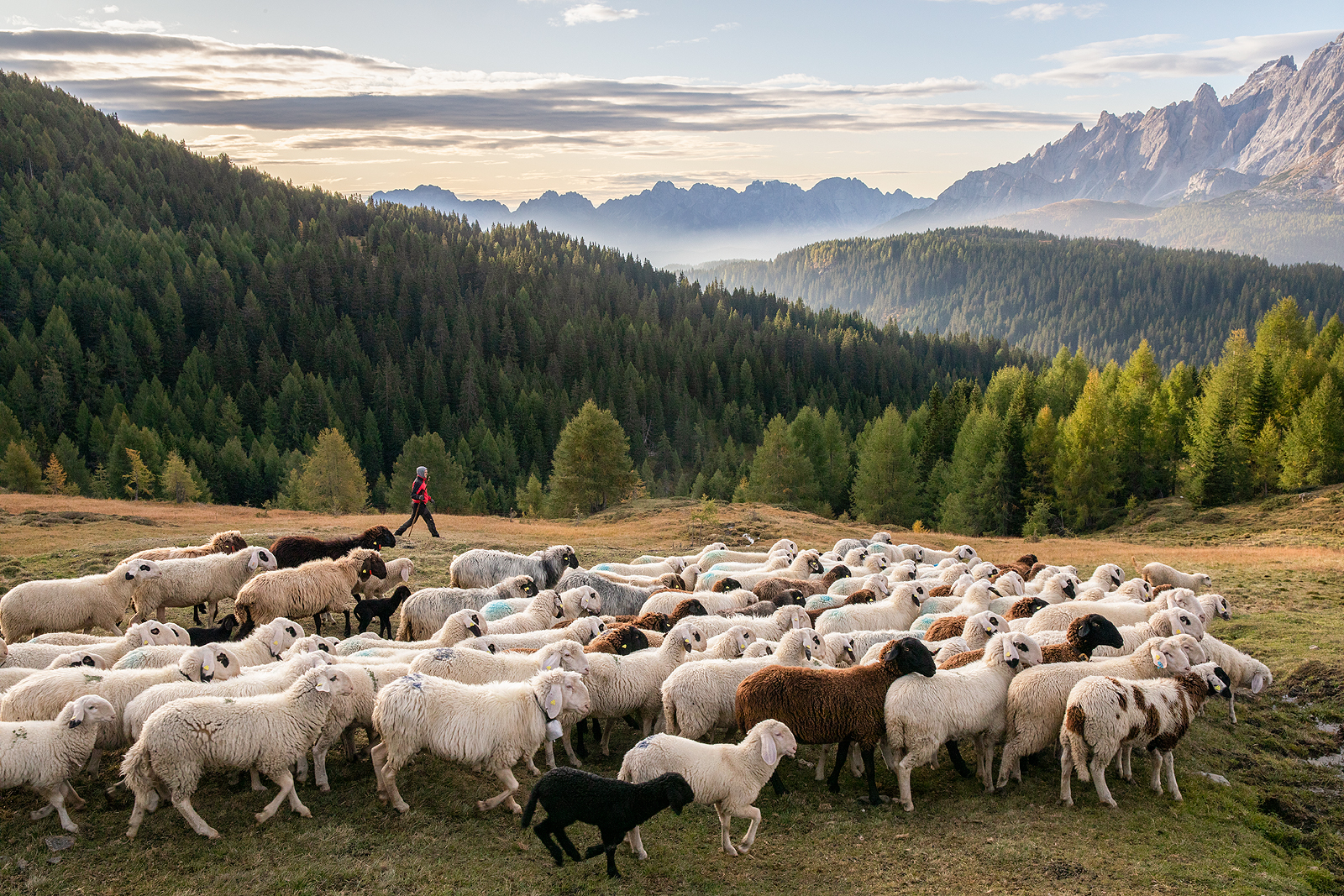 Alpinism and transhumance have recently been added to the UNESCO Intangible Cultural Heritage list. Italy, France and Switzerland proposed the inclusion of Alpinism, while Italy, Austria and Greece advocated Transhumance. At the meeting of the UNESCO Intangible Cultural Heritage Committee in Bogota, the ritual of the Celestine Pardon was also approved for inclusion on the list.

The anthropologist Annibale Salsa, a member of the Scientific Committee of the UNESCO Dolomites Foundation and former president of the CAI, is one of the greatest scholars of the Alpine arc and of the ways humans have explored and shaped this landscape. He has no doubts about this two-fold recognition with its “scent” of the mountains and the Dolomites: “Alpinism is certainly a worthy candidate: we are talking about an activity that led to the reinvention of the Alps. The high peaks were previously of no interest to anyone, for the obvious reason that they are no use for farming. Only hunters went up there. With the birth of Alpinism, men looked to the peaks and aimed high. Initially, of course, this was very much from a “city” perspective, but the mountains became more of a focus with the involvement of local guides. It was like discovering a new planet. Transhumance, on the other hand, is an ancient practice. It began at the time animals were first domesticated, and is the way that man manages to raise and feed his beasts by moving them to different areas of pasture, so adapting to nature rather than adapting nature to his needs. This practice should not be confused with the seasonal movement between mountain and lowland grazing. Transhumance involves a search for the grass that lasts all year round, moving from the alpine pastures to the intervening heights and down to sea level. In relation to the Dolomites, one of the most important routes is that connecting the Lagorai mountains to the Venetian and Friulian plains. As Annibale Salsa has also noted: “If we include France, we really should mention the Rhone valley, with the famous routes connecting the Camargue to Dauphiné and Savoy. This tradition has become an important tourist attraction and is also greatly valued from a cultural point of view, as shown by the teaching of shepherding practices in primary school. There are some major Mediterranean transhumance routes in Italy, including those that connect Abruzzo and Puglia, but there are also many examples which have attracted the attention of tourists, such as the Val Senales, in South Tyrol.”

What is meant by Intangible Heritage?

The Dolomites have been recognised by UNESCO as a Natural World Heritage site, joining the many well-known cultural sites on the World Heritage List, and including many famous places in Italy. However, the category of Intangible Cultural Heritage has a special importance, and is linked to other forms of UNESCO recognition. Indeed, culture lives through the continuance of traditions, passed on by our forebears: “Oral expressions, including language, performing arts, social practices, rituals and festivals, knowledge and practices relating to nature and the universe, traditional crafts. This heritage is fundamental for the maintenance of cultural diversity in the face of globalisation, and its understanding helps intercultural dialogue and encourages mutual respect for different ways of living. Its importance does not lie in the cultural event itself, but in the wealth of knowledge and skills that are transmitted from one generation to another” (www.ich.unesco.org).