Activities | A new DVD for the UNESCO Dolomites: The Economy of the Common Good 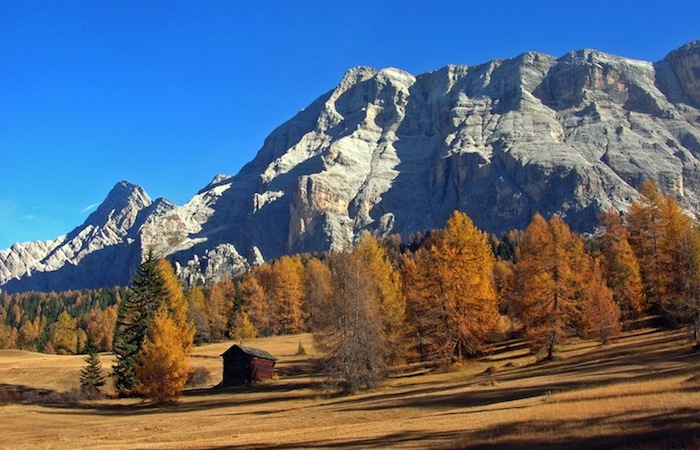 Goethe said that beauty is the most welcome guest, and that’s just the point, I’d say… I think there is not enough awareness among the Ladins, those of us who are local of this place, the place where we live. Very often the Dolomites are reduced to marketing strategies… but how can I communicate something, if I don’t feel it in my belly! It’s not always just a matter of numbers. And the economy’s ultimate goal isn’t – and shouldn’t be – making money, but making people feel good, the welfare of the people.  Of course money plays a major role… I trust strongly in the economy of the common good, which also speaks of human dignity, social justice and transparency, internal democracy, sustainable ecology, solidarity.

The documentary ‘Dolomites. The Economy of the Common Good’ tells the story of those who have chosen to live in the mountains and work in the different sectors of the Alpine economy. Thanks to the support of the Chambers of Commerce of Trento and Bolzano-Bozen, the UNESCO Dolomites Foundation has embarked on a new journey to get to know some of the inhabitants of the Dolomites who have decided to set up business in their place of birth, focusing on quality, sustainability and innovation in order to enhance the Common Good.

The main characters of ‘The Economy of the Common Good’

The documentary introduces us to a whole host of characters, starting with the extraordinary entrepreneur, Marta, who started off with a small vegetable patch growing medicinal plants at the foot of Sciliar-Schlern and now has a medium-sized business. Then we meet chef Alessandro who lives near Latemar and serves up real sensory experiences using “Dolomite” ingredients. The documentary then tells the story of an extremely young farmer from the Belluno area, Diego, who has chosen to “live on the slopes”, growing barley and other cereals in the Belluno Dolomites. Next we see the spruce trees in the Paneveggio Forest whose wood has extraordinary resonant qualities so is used to make sound boards for pianos and musical instruments the world over. A closing analysis of the economy of the common good is given by a businessman from the Badia Valley, Michil, who works in the hospitality industry and whose strategy of respect for guests to the Dolomites and sustainability has proved a recipe for success.

The documentary was made by Piero Badaloni with the collaboration of Fausta Slanzi and with photography and editing by Nicola Berti. The UNESCO Dolomites Foundation was commissioned to make ‘Economy of the Common Good’ by the Chambers of Commerce, Industry, Handicrafts and Agriculture of the provinces of Trento and Bolzano-Bozen.

For more information on orders and shipping of the DVD, please contact the UNESCO Dolomites Foundation at info@dolomitiunesco.info – Cortina d’Ampezzo.