Activities | The Great War: the exhibition on how the conflict changed the landscape 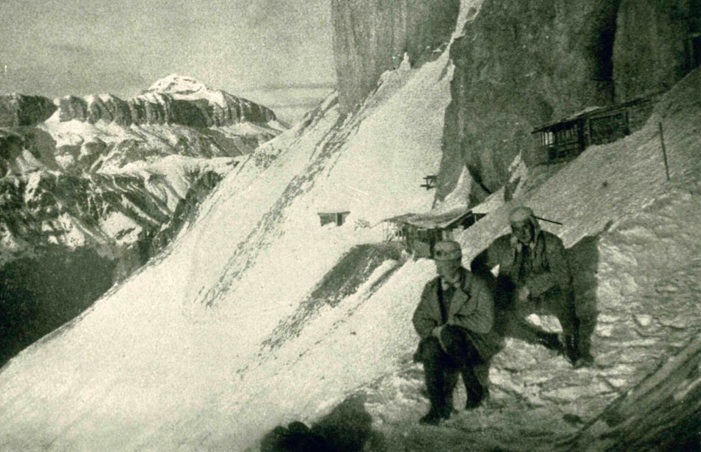 THE MOUNTAINS AT WAR:

The Visitor Centre at the Fanes-Senes-Braies Natural Park in San Vigilio di Marebbe, Bolzano, is the venue until 18 March for the travelling exhibition entitled Montagne in Guerra – uomini, scienza e natura sul Fronte Dolomitico 1915-18 (The Mountains in Wartime. Men, Science and Nature on the Dolomite Front, 1915-18). This highly original exhibition presents a relatively unexplored view of the conflict fought among the Dolomite crags and glaciers. The natural environment is so often seen as the theatre of war, in other words merely the backdrop to the conflict. In contrast, this exhibition, promoted by MUSE, the Trento science museum, by the Geological Heritage Network of the UNESCO Dolomites Foundation and by the banking foundation Fondazione Cassa di Risparmio di Trento e Rovereto, conceived and curated by Marco Avanzini and Isabella Salvador and by MUSE, places these mountains and their leading role centre stage.

While the form and nature of this landscape caused the wartime operations to demand inhuman sacrifice of those young soldiers, at the same time producing technical and scientific solutions hitherto unexplored, it is equally true to state that these same operations profoundly changed the Dolomite landscape. This is what we read in the exhibition presentation: “The First World War led to thorough and widespread militarisation of the landscape, which had begun in the years running up to 1915. This caused a total upheaval in the ways in which the local people used their woods and pasturelands”. This was not only in order to lay down new mule tracks, build barracks, forts, aqueducts and cableways, but also the war also resulted in eyesores still visible today such as tunnels and craters caused by bombs and heavy artillery. The exhibition illustrates this “wartime landscape” that is still partially visible today and which bears unmistakeable witness to those events that a century ago made the Dolomites seem, rather than a simple theatre of war, an unwilling protagonist in that conflict.