Activities | Spotlight on the Dolomites with National Geographic in Zagreb 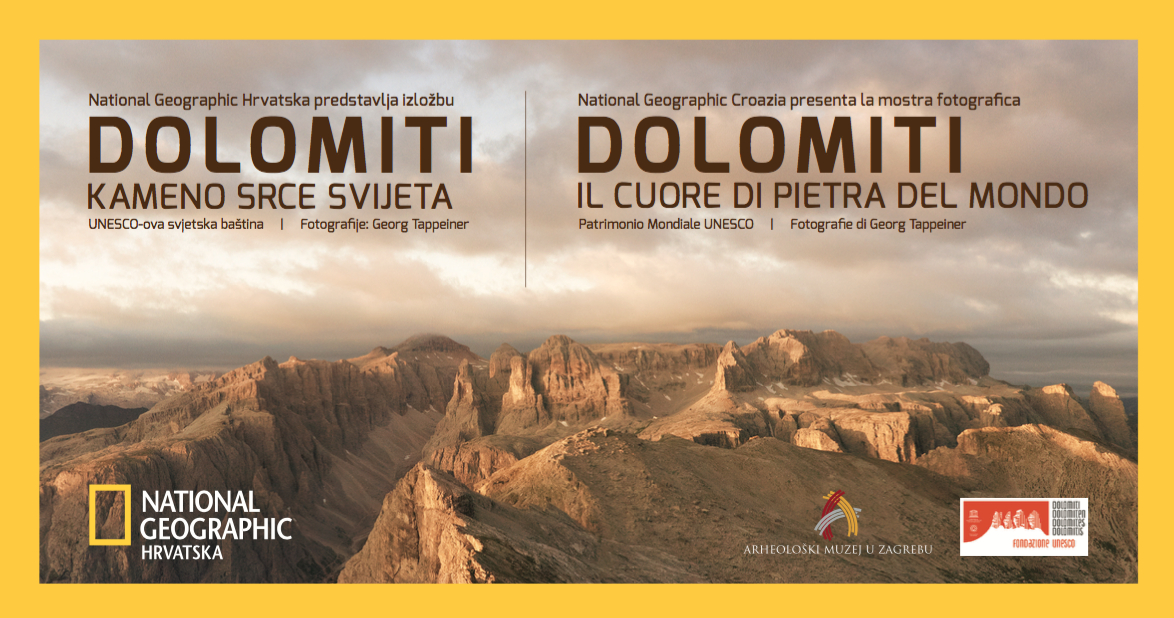 With 50 photographs on display, visitors will be taken on a journey through the Dolomites, which UNESCO inscribed on its World Heritage List in 2009.

The photographic exhibition, entitled ‘Dolomiti – il cuore di pietra del mondo’, will be presented on Wednesday 1 June 2016 at the National Archaeological Museum of Zagreb and will be open to the public until 10 July 2016.