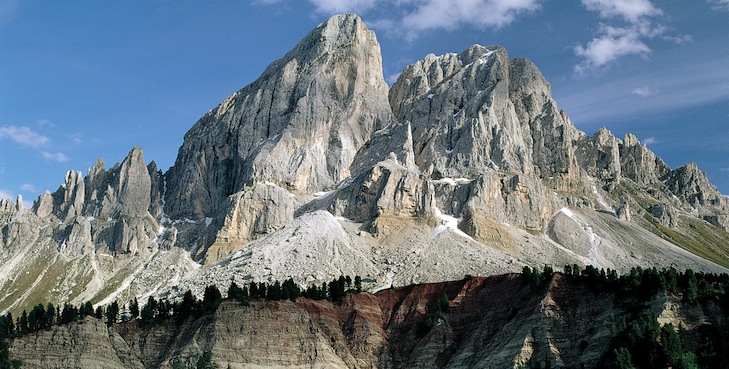 One of the priorities for the UNESCO Dolomites Foundation is to raise awareness of the property, spreading information to promote appreciation of it, using as many communications techniques and channels to achieve this mission. Among these are the many informative display boards placed in particularly significant spots or near monuments and which have a vital communicative role.

This led the Foundation’s geological and protected areas operating networks to call upon the organisation Dolomiti Project – geologia, geodiversità, geoturismo – to carry out a preliminary study for the siting of information hotspots on the Dolomites UNESCO World Heritage Site.

The study identified the tourist hotspots, tracing iconic routes with vantage points for stunning views and observation posts that best demonstrate the geological and landscape features that led to the Dolomites being listed as a World Heritage Site.

Fifteen iconic routes were identified in the study, some of which coincide with such traditional trails as the Alte Vie (high-altitude trails) or the Via Alpina, others have been newly plotted on existing footpaths. Thirty-one vantage points and seventy-two observation posts along the routes were identified, divided up equally among the nine systems.

In selecting these hotspots, the survey took account of their geographic location from both an institutional and tourist point of view, also ensuring that they represent the property in its entirety: “all the principal features of the Dolomites UNESCO World Heritage Site must be represented by the hotspots, both those that specifically relate to one system and those that involve more, in keeping with the serial nature of the property”.

Preliminary designs were created for the style and graphics of each hotspot in order to provide the most effective showcase for communicating the features of the Dolomites World Heritage Site.

The project also put together a database of communicative material, in the form of texts, images, drawings, film clips and software to be made available to such approved entities as museums, visitor centres, parkland and tourism industry firms. These approved entities may access this database online and use the material it contains for consultation or for designing their own projects on a Dolomites theme.

Now that the study has identified the hotspots and made suggestions for supporting information, it is up to the local authorities for the five provinces that administer the Dolomites UNESCO World Heritage Site to put its findings into practice and build this “observation network”.