Activities | The journey of Dolomiti. Montagne – Uomini – Storie (The Dolomites. Mountains, people and their stories) 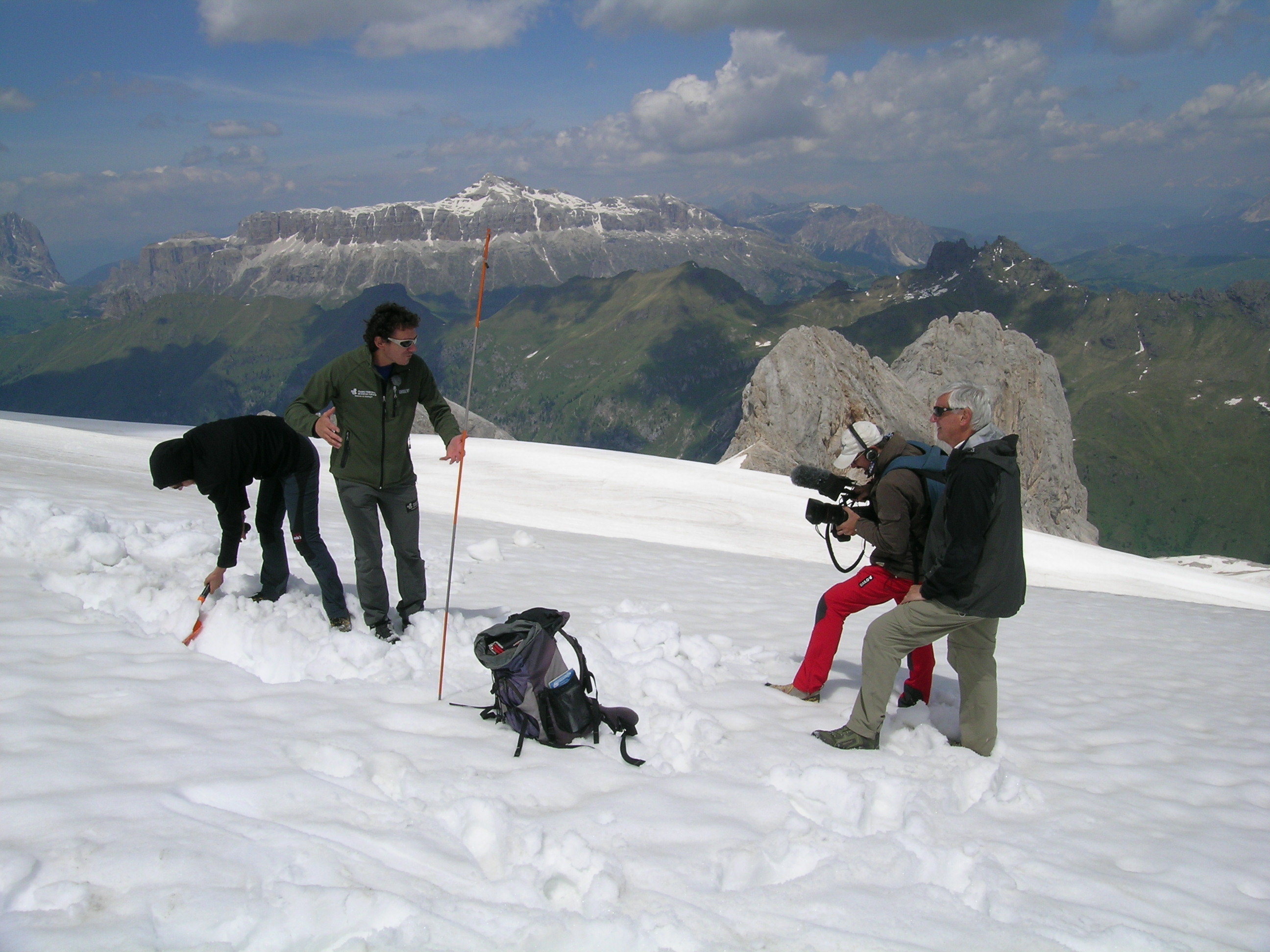 In 2013 the UNESCO Dolomites Foundation commissioned journalist Piero Badaloni to make a documentary about the Dolomites which presented them just as UNESCO recognised them, namely as a single entity. “The Dolomites. Mountains, people and their stories” takes us on a “journey” in six episodes as we explore the extraordinary landscape of the Pale Mountains, discover their exceptional importance for the history of the Earth and listen to the stories of the men and women who have shaped the landscape thanks to their hard work.

Since 2013 the six documentaries have been shown on many different occasions, through a variety of different channels and to a wide audience. Rai Storia was the first national TV station to broadcast the six episodes in September 2014, repeating them in February 2016. Then Rai International showed the documentary in the months afterwards. Even local TV stations have included the six programmes in their schedule, Tele Belluno in the autumn of 2015 and RTTR over the 2015/2016 winter period.

In the past few days Rai Storia has announced it will be running the six documentaries for the third time on its digital channel 54. They are scheduled to be shown every Wednesday in February and March at 12:00.

But the popularity of the series has not just been limited to the TV. The documentaries have also caught the attention of a number of secondary schools, the ‘Calvi’ institute in Belluno and secondary schools ‘Filzi’ and ‘Rosmini’ in Rovereto (TN) to name just a few. The six episodes have been used to trigger off discussions on issues involving the protection and enhancement of the Dolomites, this unique world heritage.

Locally, one or more episodes have featured in a number of events. There have been forty-odd viewings during cultural events, film festivals, evenings dedicated to the UNESCO Dolomites, events in refuges and festivals, often sparking off further discussion and debate. The third episode, ‘Il fascino del sublime’ (The allure of the sublime), was shown at the 2014 Trento Film Fest. ‘La nascita dell’arcipelago’ (The archipelago is born), the first of the six documentaries, featured at the 26th International Festival of Archaeological Film and was awarded sixth place by the jury.

The UNESCO Dolomites were also given invaluable exposure at EXPO Milan. Thanks to the Foundation’s collaboration with Intesa Sanpaolo, the six documentaries were shown for a whole day inside “The Waterstone” pavilion.

This host of events has involved a huge and diverse public, from tourists to local residents and, thanks to its television exposure, has managed to pique the interest of those who have never even visited the Dolomites.