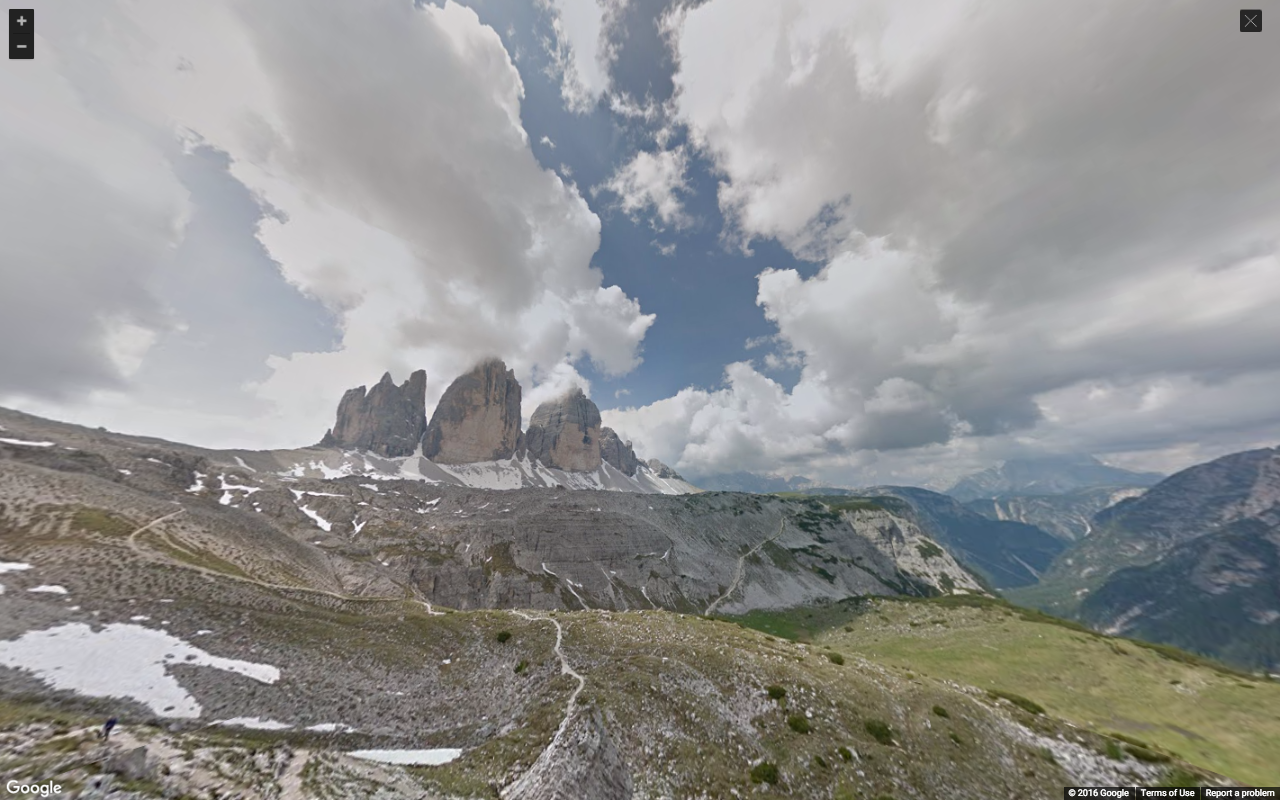 The UNESCO Dolomites Foundation is the first Italian organisation to sign up to the Google Trekker Loan Program, so from today it will be possible to enjoy the Dolomites online

The UNESCO Dolomites Foundation is the first Italian organisation to sign up to the Google Trekker Loan Program, so from today it will be possible to enjoy the Dolomites online, whether you’re in New York, Calcutta or anywhere else, using Google Maps Street View.

The project to map some of the most popular footpaths in the systems that make up the Dolomites UNESCO World Heritage Site was launched at the end of summer 2014.

The test phase was run between September and October during which the mapping team travelled along some twenty footpaths in seven of the nine systems: the Dal Piaz refuge on the Vette Feltrine peaks, the Mondeval plateau from the Giau pass, Prato Piazza from Braies, the Armentara meadows and the Tosa Pedrotti refuge on the Brenta Dolomites.

People travelled along the footpaths with a Google Trekker backpack, lugging 25 kilos of equipment in a metal framework studded with an aerial and 15 cameras shooting thousands of stunning views at a startling rate of eight every ten seconds.

This sequence of geo-referenced pictures then makes up the online route allowing anyone, anywhere from Buenos Aires to Palermo, to take a virtual stroll in the Dolomites.

As Marcella Morandini, General Secretary of the UNESCO Dolomites Foundation emphasises: “This is a great communications and promotional tool and while of course it can’t replace a carefully planned hiking route, it’s an innovative way of promoting the UNESCO World Heritage Site the world over”.

The second phase of the project kicks off in summer 2015 when the mapping continues with the involvement of other local organisations. The aim is to cover footpaths in all nine of the systems of the UNESCO World Heritage Site, in particular the scenic circular paths and the high altitude trails known as the Alte Vie.

“From time to time we need to review our choice of trails in partnership with local experts” explains Giuliano Vantaggi project leader for the UNESCO Dolomites Foundation. “We are fully aware of the importance of safety and naturally it would be unthinkable to try to cover the most exposed and complex trails with such heavy equipment on the back. At this stage of the operation we intend to choose the least demanding hiking trails with the highest visual impact, to show the Dolomites off to the world in their full glory”.

All you need to do is to link to Google Street View, and place the little man icon on the footpaths shown in blue to relive a trip you have made, get a foretaste of your holiday or just fall head-over-heels in love with the Dolomites.