Activities | ‘The Dolomites. Mountains, people and their stories’ at newsagents from 23 June! 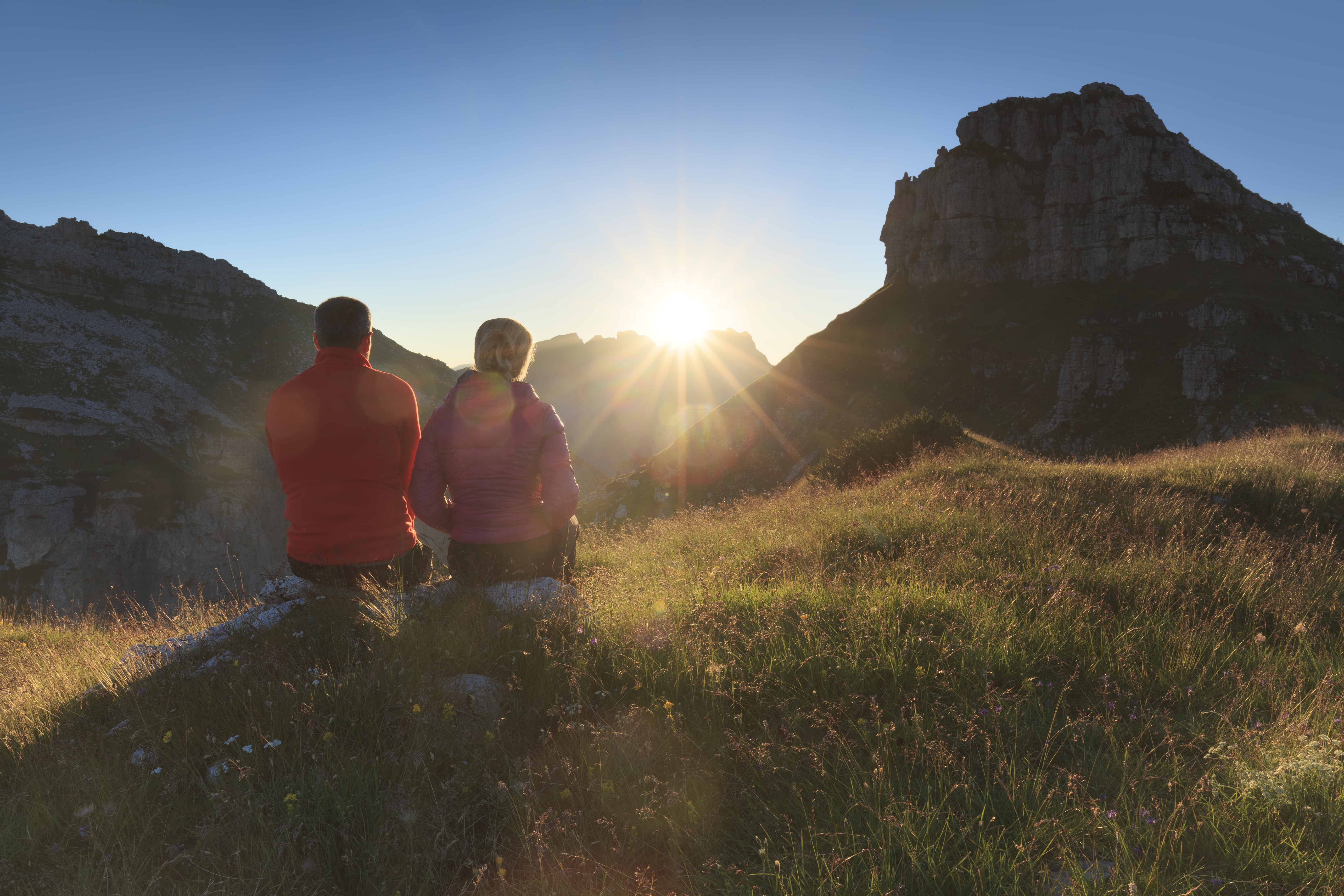 ‘The Dolomites. Mountains, people and their stories’ – the six documentaries available at newsagents from 23 June!

Every Friday from 23 June, the 6 DVDs of the documentary ‘The Dolomites. Mountains, people and their stories’, an exploration of the most beautiful fossil archipelago in the world, will be available at newsagents! The DVDs will be on sale every week for Euro 8.50 with the Corriere delle Alpi, the Tribuna di Treviso, the Nuova di Venezia e Mestre and the Mattino di Padova. They will later be available in Friuli Venezia Giulia and Trentino Alto Adige.
.

‘The Dolomites. Mountains, people and their stories’ are six documentaries about the UNESCO Dolomites World Heritage Site. They were commissioned by the UNESCO Dolomites Foundation in 2013 to Piero Badaloni to present the Dolomites just as UNESCO had recognised them, namely as a single entity with no territorial divisions. The documentary takes us on a journey as we explore the extraordinary landscape of the “Pale Mountains”, discover their exceptional importance for the history of the Earth, and listen to stories of the ups and downs of the men and women who have lived there for centuries, shaping the landscape, economy and culture. Piero Badaloni made the documentary with the collaboration of Fausta Slanzi and with photography and editing by Nicola Berti.

Inevitably we start at the beginning with the slow, lengthy gestation of the Pale Mountains: 280 million years of volcanic eruptions, mass extinctions, atolls in the sea, rain forests and long glaciation periods. La nascita dell’arcipelago (The archipelago is born), the first of Badaloni’s documentaries, tells the story of crazed mineral hunters, murders unsolved for centuries, ancient human remains and long-gone reptiles. The story of the Dolomites is full of contrasts still visible in these pale peaks and rolling woodlands, a landscape unique in the world. But this is a story without end as these amazing mountains are still evolving, their silhouettes transformed by landslides and erosion caused by the weather, the glaciers are retreating and water is still carving out labyrinthine subterranean tunnels in the bowels of the mountains.

The first outsiders to discover the Dolomites were the geologists and biologists of the first half of the 19th Century who were dazzled by the amazing riches of what is now a World Heritage Site. After the scientists, came the mountaineers, spurred on by a whole host of British travellers’ tales. Dalla scoperta alla conquista (From discovery to conquest) recounts that singular longing to stand atop the Dolomite peaks. British, German, Austrian and Italian climbers vied with each other at altitude while the inhabitants of the valleys struggled to scrape a living out of these mountains. This thirst to reach the summit is a modern fad, in the past the mountain tops were cold-shouldered by the locals and while some may have ventured there on the trail of some chamois, no traces remain of such endeavours. However, before long their knowledge of the territory gifted these mountain folk the chance to shake off their poverty, becoming the first mountain guides, and over the decades, they too caught the mountaineering bug.

Il fascino del sublime (The allure of the sublime)

It is no surprise that the Dolomites became world famous in the 19th Century. To the British and Germans the Pale Mountains seemed the perfect embodiment of the ideals of the Romantic age. Theirs is a disquieting, rather than a reassuring beauty: Il fascino del sublime (The allure of the sublime) takes a stroll through the works of art inspired by the Dolomites. The Marmarole peaks were possibly the inspiration for the Presentation of the Blessed Virgin Mary by Titian, then there is the Michelangelo of wood, the wooden toys from Val Gardena, the woodland house where Mahler composed his music, Cortina with its coterie of intellectuals, film, photography etc..

The Dolomites are still a paradise for flora and fauna, an ecosystem boasting no fewer than 2,400 plant species. From such wild animals as the bear to the lovely edelweiss flower, the natural treasure trove that is the Dolomites is protected by 9 park authorities and the institution known as Le Regole. Le Regole is an ancient system for the collective management of natural resources that are inevitably more limited in mountain areas, and it still thrives today. The people of the Dolomites have always been conscious of the need for great care and thrift in the management of such priceless resources as woodlands, meadows, animals and water and the Vajont disaster is an example of what can happen when human beings turn a deaf ear to the mountains. L’ambiente naturale e la sua tutela (The natural environment and its protection) tells this whole story, and much more besides, the return of young people to highland farming, Stradivarius violins, Alpine lakes, the capercaillie and the UNESCO Dolomites Foundation’s commitment to protecting a heritage that belongs to the entire human species.

Gli abitanti dell’arcipelago (The inhabitants of the archipelago)

Gli abitanti dell’arcipelago (The inhabitants of the archipelago) is dedicated to those who live their sometimes tough lives in the Dolomites. It tells of Ladinia, a place that does not exist on any maps, but that has for centuries been the homeland of many of those who live, get married, bear children, work and play among these Pale Mountains. The film also shows the riotous Carnival time when the people parade in their traditional wooden masks. A tenacious language and culture that strengthens with the passing of time, homes and modes of living put to test by the cold and the solitude, deep-seated religious beliefs and horrific witch-hunts. The Dolomite landscape is living proof of human interaction with the natural world, a centuries-old lesson in survival at dizzying heights. Among legends and superstitions, emigration and traditional crafts, the story of the Dolomites is, above all, the story of the Pale Mountain folk.

Dal passato al futuro (From the past to the future)

The changing relationship between the mountains and their inhabitants over time is the subject of the last instalment, Dal passato al futuro (From the past to the future). The 20th Century marked dramatic changes for the Dolomites, from the slaughter of the Great Wold War to the advent of mass tourism in the wake of the motorcar, the 1956 Winter Olympics and the new fashion for skiing, the Giro d’Italia and the passion for cycling, the proliferation of mountain refuges and of course the traffic problems. Despite all these upheavals, the people of the Dolomites have managed to retain their identity and their bond with the land and, for all those who live there, the Dolomites remain a landscape of the soul.