News | Auronzo adopts the logo municipality of the UNESCO Dolomites 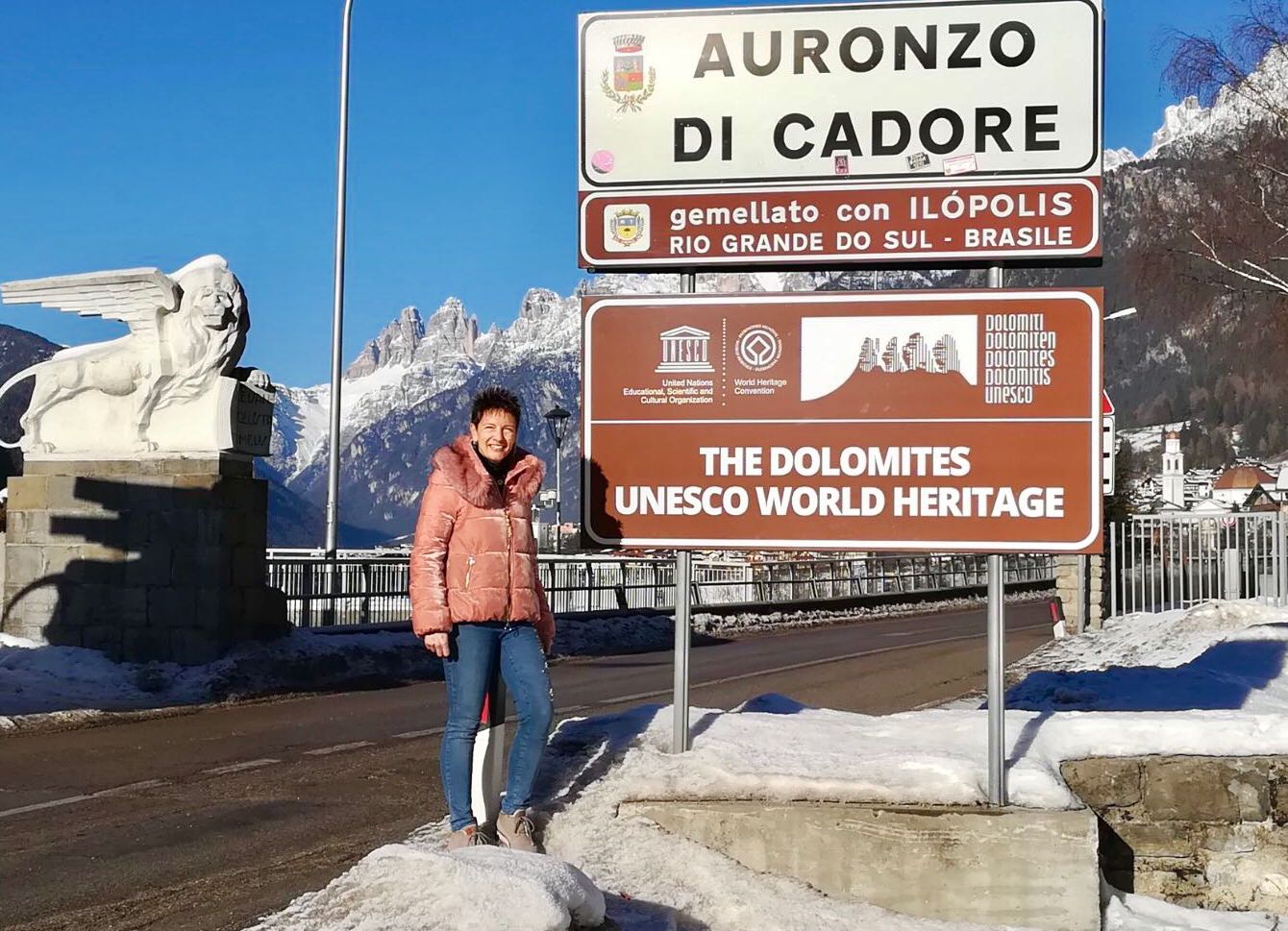 The municipality in Cadore is the first one in the Veneto region to use the logo that makes explicit the fact that the municipality is part of the UNESCO World Heritage Site. The signposts bearing this logo now welcome all the visitors to Lake Santa Caterina and its surrounding mountains. The logo can be used by all the municipalities whose territory is within the UNESCO Site. It was the Foundation that asked the Italian UNESCO Commission for permission to use the logo by all the individual local authorities who are now able to seize this opportunity.

AT THE FOOT OF THE TRE CIME, AMID HISTORY, MEMORIES AND MOTHER NATURE

Auronzo, Misurina, Tre Cime, Monte Piana… The plaque given to the Mayor of Auronzo Tatiana Pais Becher is much more meaningful than a simple geomorphological description. One hundred years on from World War One in the centenary of the year in which the Italian troops abandoned the Dolomite front, on which so many young Italians and Austrians were forced to fight each other and die against the backdrop of these magnificent peaks, this image assumes a deep historical and moral significance, reminding us all how those same peaks are now part of a heritage shared by all of humanity. It was not by chance that in 2015, when LabFest, the travelling festival organised by the UNESCO Dolomites Foundation, visited Auronzo, the chosen theme was #Beyondborders, recalling how the site of these wartime trenches has today become a meeting place for the peoples of Dolomites for a shared future. This makes 25 August 2009 an unforgettable date as the then Italian President Giorgio Napolitano paid a personal visit to Auronzo to celebrate the recognition by UNESCO of the Dolomites as a World Heritage Site.

A LOGO LADEN WITH MEANING

What appears to be a simple logo takes on a life of its own, laden with many meanings depending on the area to which it is linked. This is the thinking behind the proposal made by the UNESCO Dolomites Foundation to all the municipalities whose territory falls within the core area of the site, either wholly or partially. Multiple meanings, but with a single goal, this being above all to ensure all the instruments of communication are uniform in order to spread awareness of the areas belonging to the UNESCO World Heritage Site as a single, homogenous entity.