News | COP26 and the Dolomites: “Cooperation will be the challenge” 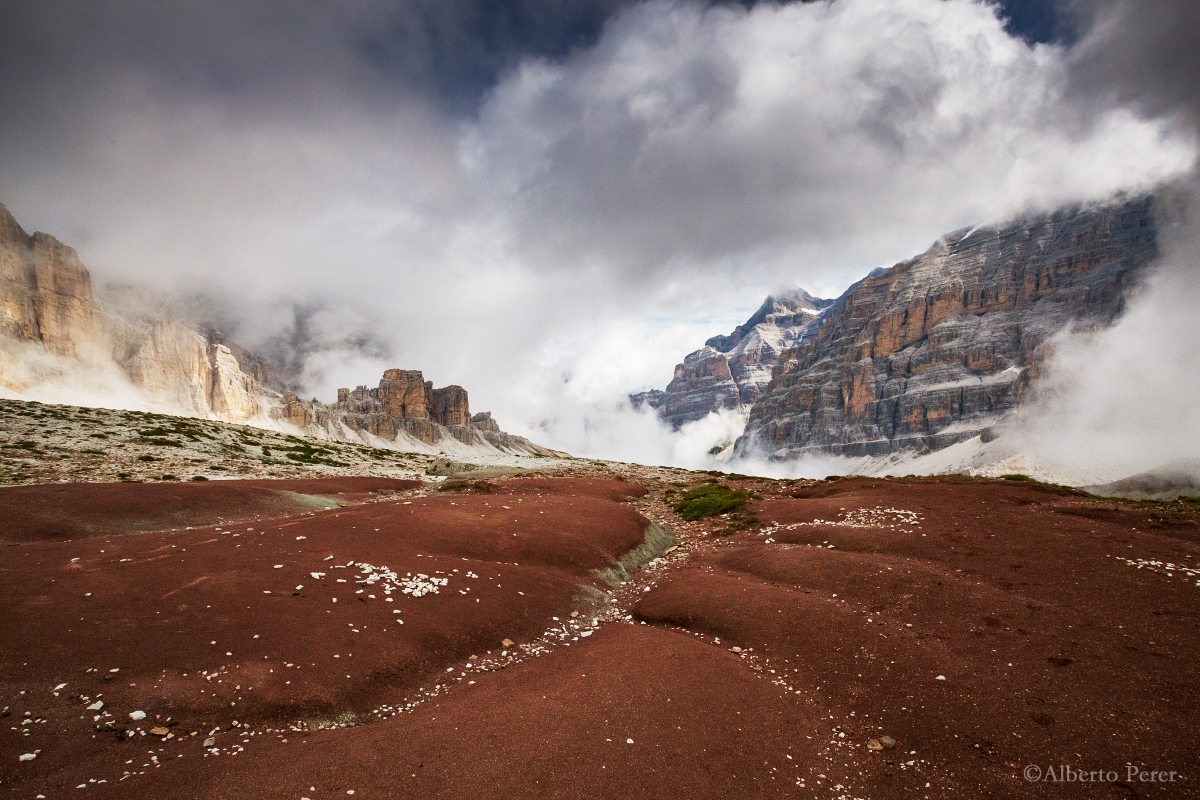 Even the eyes of people who inhabit and visit the Dolomites World Heritage site were focused on COP26 in Glasgow. We asked climatologist Roberto Barbiero for his take on the results of the UN climate change conference. Roberto works for the Provincial Agency for the Protection of the Environment, and is a technical referent for the Autonomous Province of Trento within the Interregional Panel on the National Strategy for Adaptation to Climate Change and within Action Group 8 of the EU Strategy for the Alpine Region (EUSALP).

Glasgow: Not a success, and not even a failure

The commitments made at the conclusion of COP26 in Glasgow seem too weak for us to be able to speak of success. However, even the word ‘failure’ seems inappropriate, considering the starting positions. What is your assessment?

“There were high expectations; six years after the Paris Climate Agreement, it was time to update the voluntary plans for reducing greenhouse gas emissions with much more ambitious targets, and while some of the big emitters, such as China and India, did not even present their own plan, instead making a simple declaration of commitment, and others, such as Brazil, revised their plans downwards, Europe and the United States increased their commitment, confirming, in particular, the target of zero net emissions by 2050.

So, if we consider this starting point, we have to concede that some of the final decisions appear relatively positive. If nothing else, there is an acknowledgement of the importance of pursuing the goal of limiting the global temperature increase to 1.5°C compared to the pre-industrial period, as called for by the Paris Agreement and recommended by scientists, by the end of the century. This is crucial to limiting the impacts of climate change, which would be far more serious if the 2°C increase were pursued. However, while the new voluntary plans will probably keep the 2°C threshold within reach, assuming they are actually implemented, they are by no means sufficient to contain warming to within 1.5°C”.

In short, we are making progress on the mitigation front, even if it’s not sufficient. In terms of funding, regulations and adaptation?

“On the funding front, particularly with respect to the economies of developing countries, which are less responsible for but more affected by the effects of climate change, the agreement reached is still too vague and insufficient. On the other hand, the objective regarding regulations can be considered to have been substantially achieved. After Paris, the ‘rules of the game’ for implementing the agreement and monitoring voluntary commitments still needed to be finalised, but now there are common rules for all, and this is no trivial achievement. There is also cooperation on mitigation commitments, the carbon market and the launch of the panel for non-market mechanisms such as the Carbon Tax.

Finally, the issue of adaptation to climate change has been recognised as fundamental for addressing the now inevitable impacts; however, there is no clear economic commitment”.

COP26… as seen from here

As inhabitants or visitors in a fragile area such as an alpine region, in which the effects of climate change are clearly visible (from the melting of glaciers to increasingly violent and high-impact meteorological events), what expectations should we have regarding these international conferences and the implementation of agreements?

“In the first place, there is a clear scientific awareness regarding the level of impact that climate change has on alpine environments to the point that, by 2018, the Intergovernmental Panel on Climate Change (IPCC) had already dedicated a specific report to the cryosphere and oceans that included an analysis of its impacts on mountain ecosystems.  If the average global temperature has increased by around 1.1°C since the pre-industrial period, the Alps already have an increase of about 2°C, making it one of the most vulnerable and at-risk environments. We should also bear in mind that the most noticeable effects, such as melting glaciers or extreme weather events, can have dramatic consequences not only in the mountains but in the valleys as well. In short, the effects of climate change in the mountains affect a much larger slice of the population than just the mountain residents. What has emerged from this conference is the strong need to implement appropriate adaptation measures for mountain regions with the primary focus being on the preservation and restoration of ecosystems and forests”.

How can the Glasgow Agreements be applied locally?

“We are part of the European Union which has made explicit and stringent commitments in the form of the Green Deal, and the consequences for Italy and for the Regions and Autonomous Provinces are clear. On the issue of mitigation, Italy is finding it difficult to keep up with European guidelines, but we can still act at the local level. In Trentino, for example, an Environmental Energy Plan for 2021-2030 has just been approved. The plan expresses the Province’s intentions regarding the mitigation policy, particularly in the energy sector. Several innovations that Italy has yet to incorporate are already anticipated with regard to some objectives.

The most serious delay at the national level is on the topic of adaptation, which is particularly important for the alpine context. We are still awaiting the approval of the “National Plan for Adaptation to Climate Change” which should guarantee the necessary support and coordination between one region and another, and so local authorities are developing their strategies independently. For example, Trentino has approved a work plan, Trentino Clima 2021-2023, which provides for the development of a provincial strategy for mitigation and adaptation to climate change.

Greater interregional cooperation is desirable, particularly if we think of the issue of environmental protection and the restoration of damaged natural systems; preserving biodiversity is essential, but ecosystems take no notice of administrative borders. That is why it is essential that the communities, which must be proactive, coordinate their efforts, particularly when it comes to directing economic and environmental policies towards adaptation to climate change and the preservation of ecosystems of which the communities themselves are a part.”