News | Discovery of a new mass extinction in the Dolomites 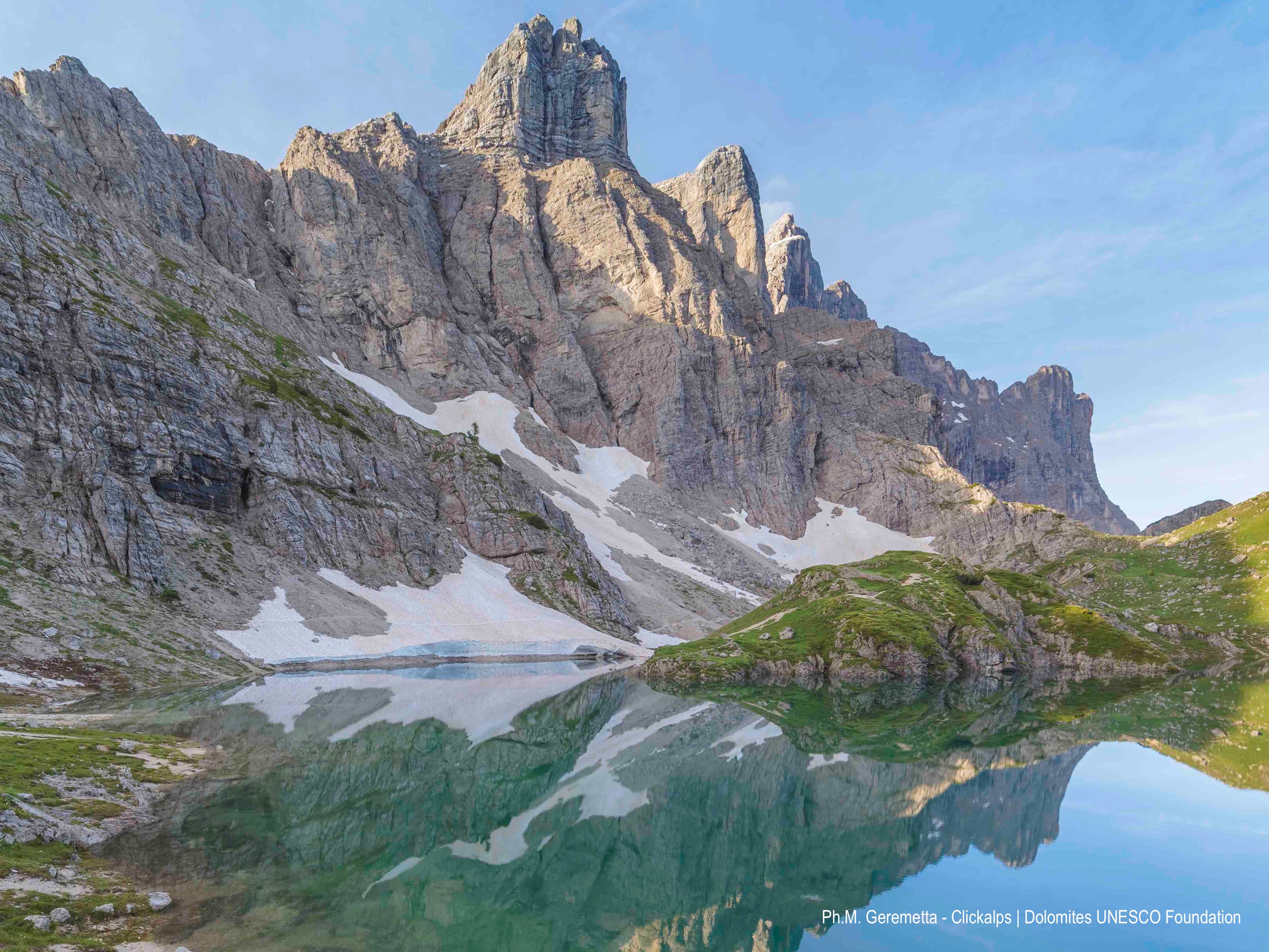 “The Carnian crisis had a considerable impact on marine life and the chemistry of the oceans, as is shown in the Dolomites. Indeed, the evidence is clearly visible in the morphology of the landscape, with the famous dolomite walls interspersed with smaller, weaker rocks, deposited at the time that the ecosystems collapsed “. This is how geologist Piero Gianolla, from the University of Ferrara, described the role of the Dolomites in the latest important scientific findings, published in the influential journal “Science Advances”.

The research has shed light on a new revolution in global ecosystems, associated with a change in climate that occurred 233 million years ago. The work was conducted by an international team led by Jacopo Dal Corso, of the China University of Geosciences, and included researchers from the Universities of Padua and Ferrara, the CNR, the MUSE – Trento Science Museum and the South Tyrol Museum of Natural Sciences. The scholars examined geological and palaeontological evidence amassed over many decades of field surveys, lab tests and modelling, using these to build a complete picture of the causes, workings and effects of what has been called the Carnian Pluvial Episode.

So what happened 233 million years ago, during the Carnian Pluvial Episode, and what triggered this event that lasted about a million years? The causes have been linked to massive volcanic eruptions in the large igneous province of Wrangellia, signs of which have been found in western Canada and Alaska. As Andrea Marzoli of the University of Padua explained: “There was a huge volcanic eruption in the Carnian Age that produced about a million cubic kilometres of magma.” The eruptions sent vast amounts of greenhouse gases such as carbon dioxide into the atmosphere, which then led to global warming. And this period of global warming was associated with a sharp increase in rainfall. These changes caused a severe loss of biodiversity in the oceans and on the land above sea level. Indeed, it could well be described as one of the worst periods of extinction in the entire history of life on Earth. After this event, new forms of life such as dinosaurs appeared and others diversified rapidly, contributing to the creation of new ecosystems. As Jacopo dal Corso pointed out: “Many groups of plants and animals diversified at this time, including some of the earliest turtles, crocodiles, lizards, and early mammals, and the first modern coniferous forests.”

Massimo Bernardi, palaeontologist at MUSE, also added this comment: “The history inscribed in rocks and fossils shows us how intense and long-lasting the effects of major extinction events can be. These events are marked by crisis, but also by the renewal of life, and involve a high degree of uncertainty: it is hard to predict who will be on the winning or losing side.”  A warning for us, as we face a new crisis for our global ecosystem.