News | #DolomitesMuseum: the social media campaign continues with the UNESCO Museums of the Dolomites 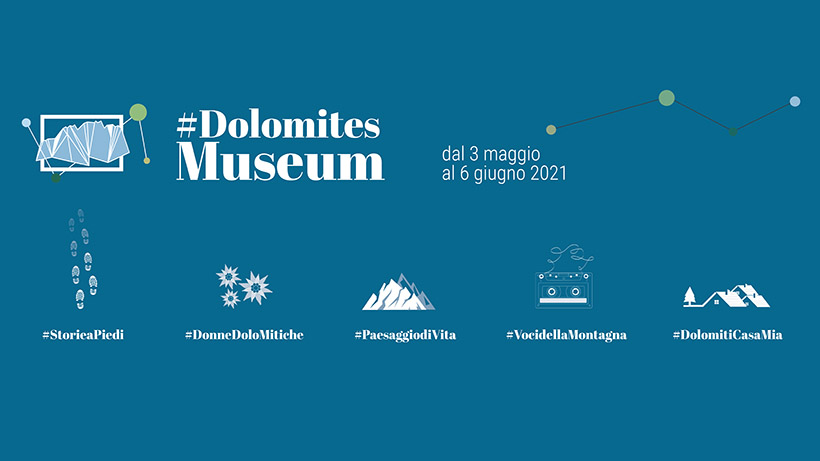 An engaging hashtag is populating the social media channels of the UNESCO Dolomites Foundation and the Dolom.it Museum. Until 6 June, you can find interesting titbits and unpublished stories surrounding the five new hashtags as part of the second edition of the #DolomitesMuseum campaign. The next will be #VoicesoftheMountain and #MyDolomitesHome. Following the example of the Museums on social networks, all mountain enthusiasts will be able to publish their memories, testimonies and interpretations of the Dolomites heritage.

Unveiling this immense narrative heritage are a multitude of voices from museums and cultural institutions, operators and enthusiasts whose interactions contribute to building a truly collective story in which people are invited to take part online, adding their own memories, reflections and testimonies.

From 3 to 9 May, we collected more than 80 #WalkingTales in a special interactive map that leads us from the Dolomites to Spain. The story then continued with the experiences of the #DoloMythicWomen. From the mountains as a place for walking and stories to the mountains for women, we immersed ourselves in the #LandscapeofLife to observe the geological changes and those made by a humanity adapting itself to living in the area.

Over the next two weeks, the #DolomitesMuseum campaign will continue with #VoicesoftheMountain (24 – 30 May), with an invitation to listen, record and share the many sounds that make up our experience of the Dolomites. #MyDolomitesHome is the last hashtag and will be run during the first week of June (31 May – 6 June), collecting the stories of emigrants, residents and new inhabitants who choose to live in and inhabit the mountains.

The second edition of the
#DolomitesMuseum social media campaign

#WalkingTales, #DoloMythicWomen, #LandscapeofLife, #VoicesoftheMountain and #MyDolomitesHome are the five themes chosen by museum operators for the second edition of the #DolomitesMuseum social media campaign. More than 1,000 stories have been collected in the participatory archive ‘Story Workshop’ on the Museodolom.it platform since 2019. And now, from 3 May to 6 June, the collective story continues during the new campaign. Following the example of the Museums on social networks, all mountain enthusiasts will be able to publish their memories, testimonies and interpretations of the Dolomites heritage.