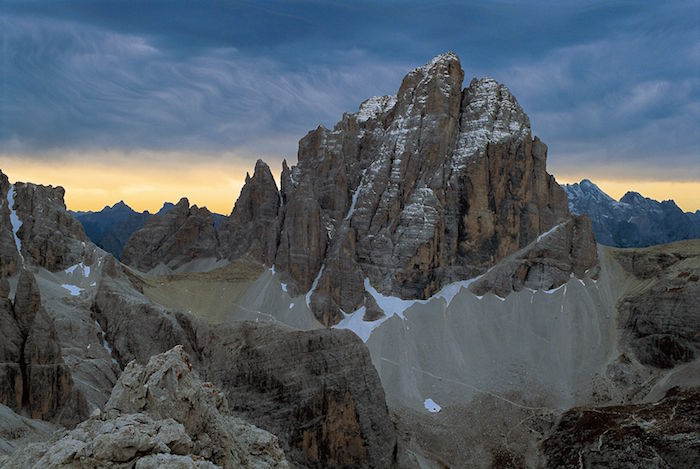 On Monday 18 May in Bolzano the UNESCO Dolomites Foundation awarded the prizes to the winners of the science competition, Premio di Tesi di Dottorato Lorenz Keim (The Lorenz Keim Doctoral Thesis Prize), and the creative competition, La Geologia delle Dolomiti – Studio e progettazione di un modello geologico del territorio dolomitico (The Geology of the Dolomites – Design for a Geological Model of the Dolomites).

Both competitions mirror the Foundation’s goal of raising awareness of the Dolomites UNESCO World Heritage Site, reflecting the criteria that led to its recognition as such in 2009. The prizes reward those projects that, by making an in-depth study of its multi-facetted geological and geomorphological value, succeed in further raising the profile of the entire Dolomites territory.

The competition formats were announced in 2014 with further guidance available from the Foundation’s Geological Heritage Network and the entrants included professionals, enterprises and students, a diverse group in terms of both age and geographical origin.

The Lorenz Keim Doctoral Thesis Prize is dedicated to the memory of Lorenz Keim, a geologist from the Province of Bolzano who made a major contribution to the Dolomites’ candidature as a UNESCO World Heritage Site and who tragically passed away in February 2012.
The prize, worth 3,000 euro, was awarded to Jacopo Dal Corso for his Doctoral thesis in Earth Sciences at the University of Padua entitled The Middle – Late Triassic ∂13Cplant Trend And The Carnian Pluvial Event C-Isotope Signature.

The panel of judges awarded the prize, worth 5,000 euro, divided evenly between the two winners, to the AlpStudio team (Carla Bortolotti, Riccardo Giacomelli and Elena Magno) with their multidisciplinary project Taste the Dolomites – la geologia a portata di tutti (Geology for Everyone) and the group consisting of Maddalena Aliprandi, Manuela Dasser and Alice Dellantonio for their project Piccoli Manuali delle Dolomiti (Little Guidebooks to the Dolomites).