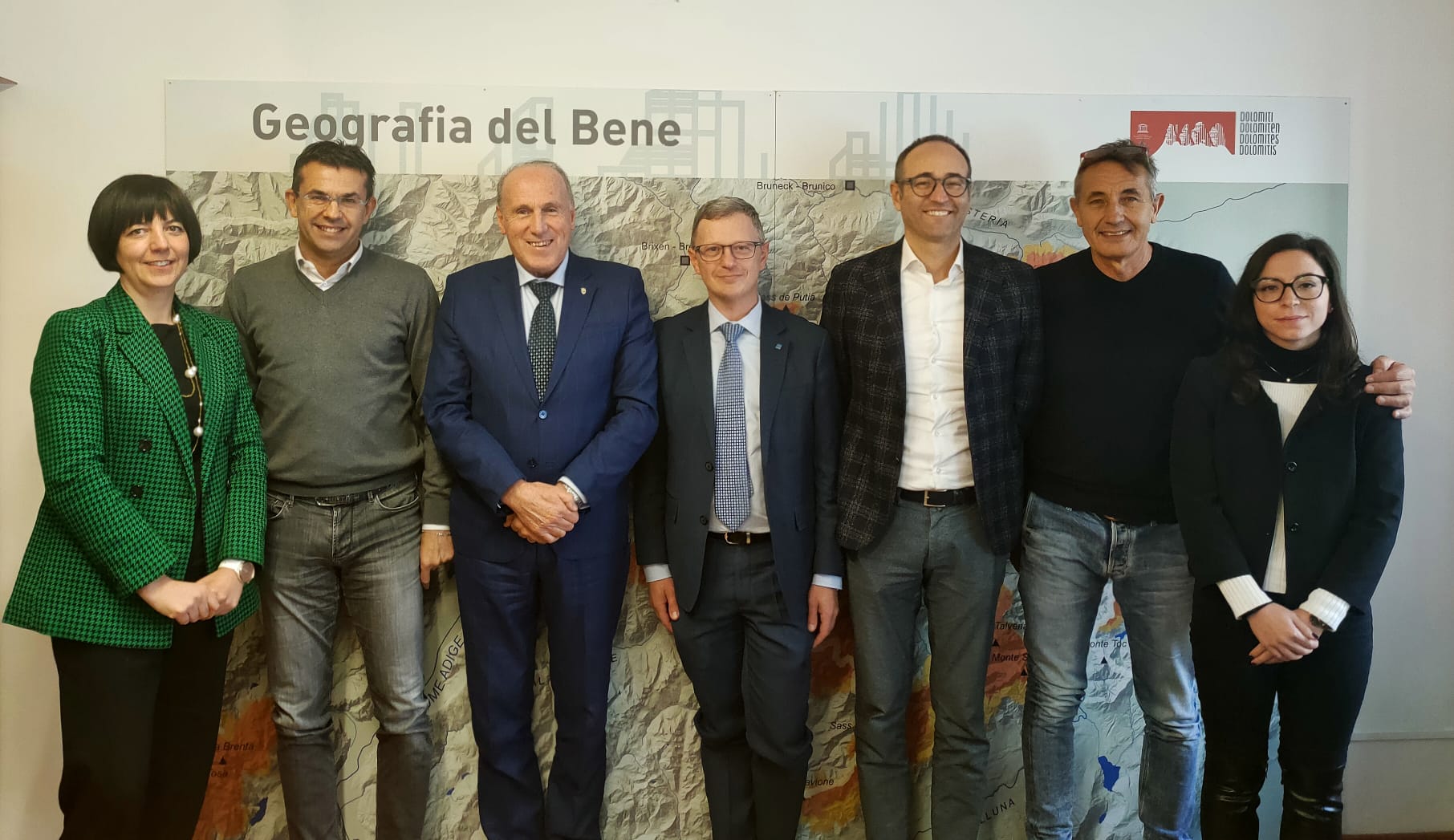 The Board of Directors of the UNESCO Dolomites Foundation met on 21 November in Cortina d’Ampezzo (Belluno). During the meeting, outgoing president Mario Tonina, vice president of the Autonomous Province of Trento and Councillor for urban planning, environment and cooperation, handed over the Foundation presidency to new president Stefano Zannier, Councillor for agri-food, forestry, fish and mountain resources of the Autonomous Region of Friuli Venezia Giulia. The role of vice president goes to the president of the Province of Belluno, Roberto Padrin.

The Statute of the UNESCO Dolomites Foundation provides for the presidency to be assumed on the basis of a three-year rotation among the members of the institution in alphabetical order. The Province of Belluno had the first turn in 2010, then the Autonomous Province of Bolzano, then the Autonomous Region of Friuli Venezia Giulia, and then the Autonomous Province of Trento. However, Friuli Venezia Giulia also assumes the turns for the presidency formerly taken by the two former provinces of Udine and Pordenone; this is why councillor Stefano Zannier, who also has mountains among his responsibilities, has been named president of the Foundation for the next three years.