News | Geoparks from around the world meet in the dolomites 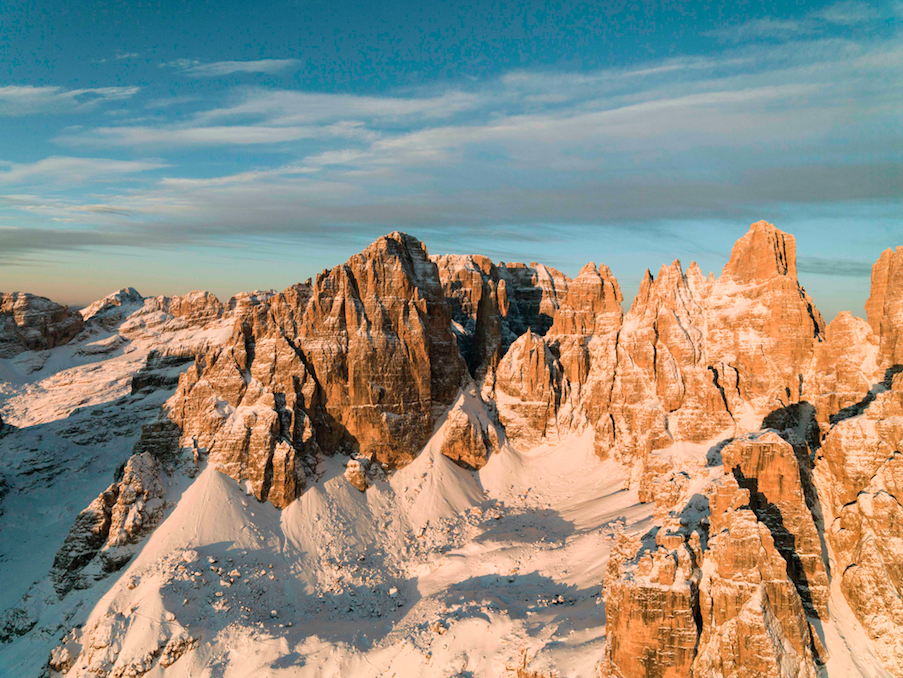 Representatives from geoparks around the world will gather in Madonna di Campiglio (TN) from 8 to 14 September. The Adamello Brenta Natural Park, designated a UNESCO Global Geopark, will be hosting the 8th International Conference on UNESCO Global Geoparks. It is the first time the event, involving hundreds of managers and experts from all corners of the globe, will be held in Italy. It is an important occasion for the World Heritage Dolomites (recognised as such not only because of the landscape but the unique geological wealth of the site) and, in particular, the Adamello Brenta Park.

The Adamello Brenta Natural Park is home to some amazingly complex geology, including rocks dating back over 350 million years: from the Palaeozoic to the Permian, the Triassic to the Jurassic, the Cretacean to the Paleogene, the Neogene to the Quaternary. Rocks that have been shaped by ice, rivers and gravity, and in the Brenta Dolomites in particular, by the karst process. The rockscape is a rich source of biodiversity, boasting some 1300 species of plants and fauna including the brown bear, adopted as the symbol of the Park.

The geological importance of the Adamello Brenta Natural Park increased about 10 years ago when it was given the title of “geopark”. The Park enjoys a long tradition of active and sustainable management and is involved in activities to teach about the environment, training sessions, scientific research and attentive promotion of geotourism.

ONE THOUSAND DELEGATES EXPLORE THE WONDERS OF THIS UNIQUE PLACE

And there are no “geotourists” more qualified than the delegates who will be attending the International Conference on UNESCO Global Geoparks. Around a thousand people are expected to take part from 11 September onwards (the first three days will be dedicated to organisations belonging to the Global Geoparks Network) and will be involved in five scientific sessions focusing on the relationship between geoparks and sustainable development. They will be taken on excursions to explore the local geology, nature and culture and there will also be plenty of opportunities to meet the local community to get first-hand experience of their traditions, folklore and cooking. At the end of the event, attendees will be able to visit other sites and the main cities in Italy.