The most catastrophic mass extinction

The most catastrophic mass extinction ever to have occurred and the recovery of life during the subsequent eras are recorded to perfection in the rocks that formed in the amazing Dolomite Sea. 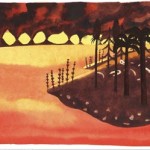 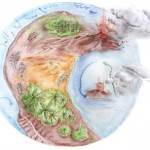 By this time the Dolomite region had become a shallow area of sea situated in the western gulf of the Tethys Ocean. During this period the most catastrophic mass extinction event ever to have occurred on planet Earth happened some 251 million years ago during the transition from the Permian to the Triassic era. Some parts of the world witnessed a series of intense phenomena of sufficient duration to affect the biological equilibrium of the planet, bringing physical and chemical changes to its surfaces. This was a planet-wide crisis for living things, causing some 95% of marine species and 70% of terrestrial vertebrates to disappear from the face of the earth in the space of some hundreds of thousand years. There are a number of different theories about the causes of this event, among them an increase in global volcanic activity, particularly in the Siberian area, that polluted the air and changed the climate, rendering the planet inhospitable. The recovery of life and its subsequent diversification are the core of the detailed narrative contained within the layers of Triassic Dolomite rock. 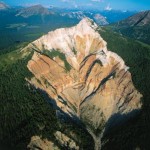 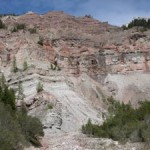