News | Livestream on the responsible use of water 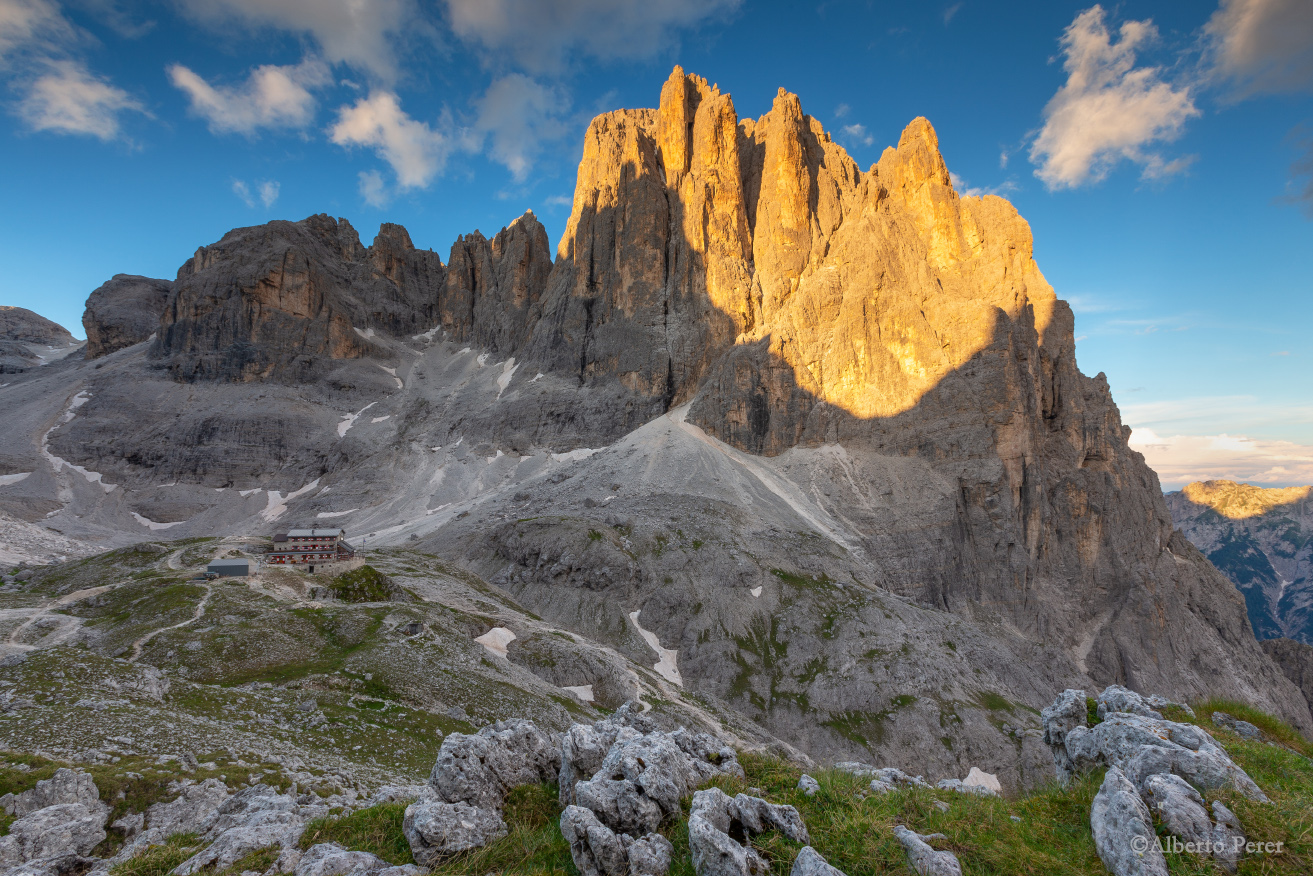 A campaign for the responsible use of water resources at high altitudes and elsewhere, which was strongly requested by the mountain hut managers of the World Heritage Site and is being conducted by the UNESCO Dolomites Foundation in collaboration with the Alpine Clubs of the Dolomite Region, is about to begin. At 6 p.m. on 20 May, Duilio Boninsegna, manager of the Pradidali Mountain Hut (Pale di San Martino), and two experts from the Trento MUSE [Museum of Science], geologist Riccardo Tomasoni and glaciologist Christian Casarotto, will be connected to a Facebook livestream on the UNESCO Dolomites page.

“How can I explain it to you…”

Some Pale di San Martino mountain hut managers have come up with the idea of placing two photos of the Fradusta glacier, one from the 1920s and a recent one, inside the facility (in some cases directly near the showers). The difference in the glacier-covered surface should serve as a warning for guests to consume as little water as possible. The diminishing of water resources, a serious environmental problem in and of itself, also affects the activities of the managers, who are called to explain to customers on a daily basis that the service they have requested not only cannot, but must not be provided. Therefore, Duilio Boninsegna, historical manager of the Pradidali mountain hut will focus his remarks on the daily difficulties of people who work at high altitudes and the need to communicate correctly with guests.

Understanding the problem in order to deal with it

The UNESCO Dolomites Foundation’s campaign will address not only the rules of conduct, but also the root causes of our need to conserve water resources. The rise in temperatures during the last century, which is still ongoing, has important repercussions on the cryosphere which is composed of the snow-covered and icy areas of the Earth and is often the only natural reservoir of water at high altitudes. The rate at which the glaciers are retreating is so accelerated that we can predict their total disappearance below 3,500 metres by 2050. Many mid-altitude mountain huts in the Dolomites are also found in karst areas which are very widespread among the carbonate massifs of the UNESCO World Heritage Site. By their very nature, these areas are poor in surface water resources, as rainwater and snow melt are rapidly absorbed within the limestone/dolomite rock mass. Awareness of these aspects of the Heritage is another way to experience it and respect it to the fullest. The two MUSE scientists, geologist Riccardo Tomasoni and glaciologist Christian Casarotto, will talk about all this.