The Tethys Ocean enlarged and the Dolomite region sunk into the abyss. The region contained two submerged plateaux (the Trento and Friuli platforms) where the sea was less deep, separated by two narrow strips of deep ocean, the Belluno and Lombardy basins, which were over 1000 metres deep. 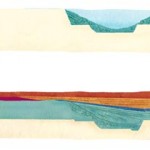 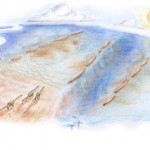 The Dolomite region became a vast plain covered in mud and sand, located at sea level. This plain underwent cyclical exposure to the open air and became covered in a carpet of algae and bacteria. At other times, when the sea invaded, what was now the ocean floor, inhabited by giant molluscs, was predominantly muddy. The rate at which these sediments accumulated was similar to the region’s general rate of sinking through subsidence. After several million years, this process resulted in incredibly thick layers of sediment, in some places over 1000 metres. Towards the end of this period, the rate of sinking changed and in some areas the environment became deeper, less oxygenated sea. 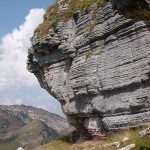 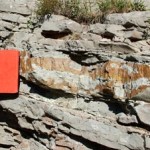 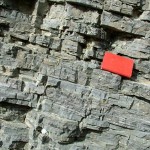 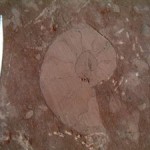 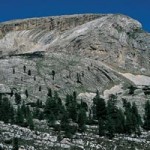