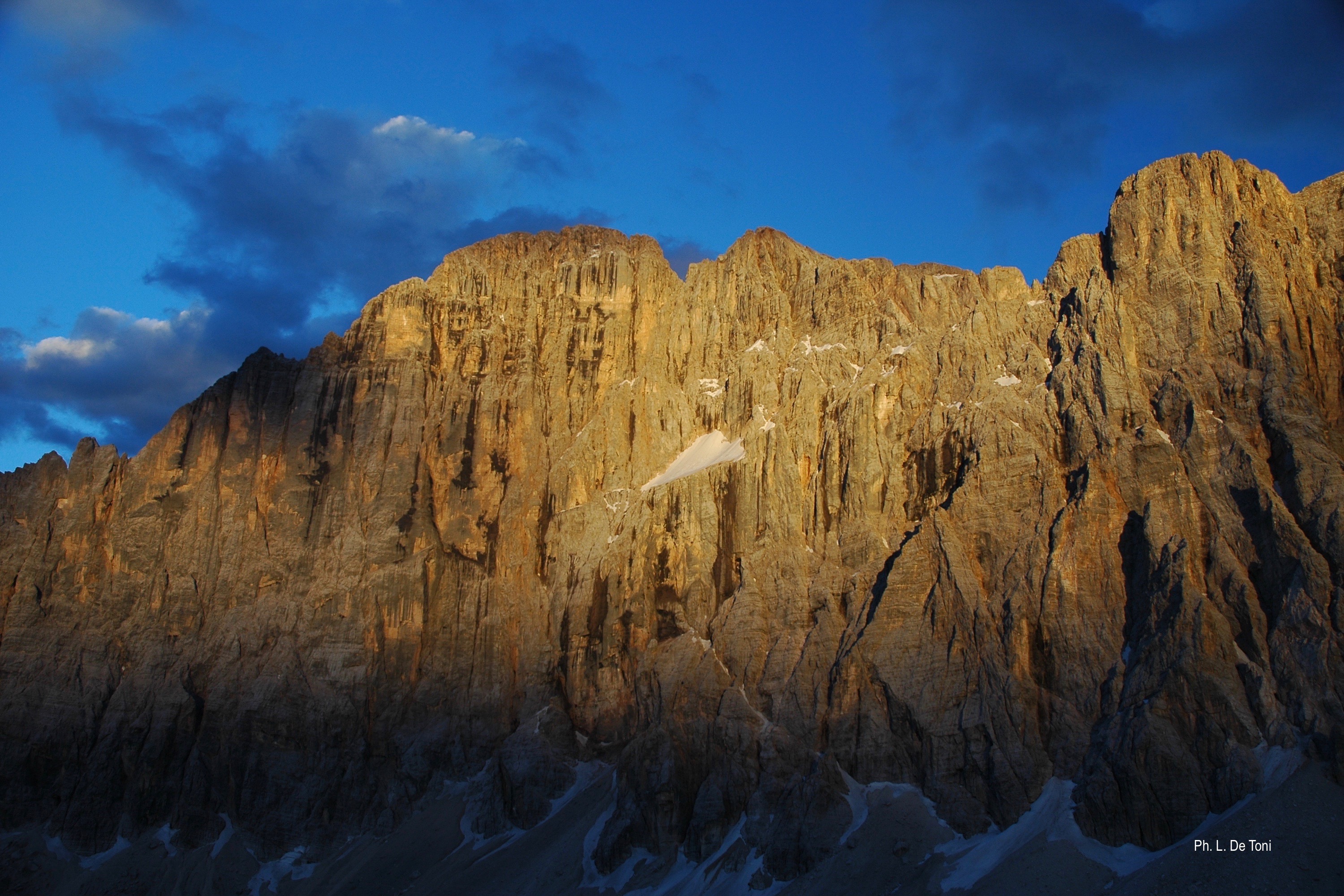 Just a couple of weeks ago, EDT of Turin published a new Lonely Planet guidebook dedicated to the Dolomites, which is organised according to the nine Systems which make up the UNESCO World Heritage Site. It is a user-friendly and up-to-date tool for visitors to the Dolomites. But the feeling of wonder experienced by those who conquer these peaks and explore these valleys has always been joined by the more practical but no less amazed reaction of its inhabitants. How could we forget Amelia Edwards and her “Untrodden Peaks and Unfrequented Valleys”, published by Longman’s, Green and Co. in 1873, a year after the author’s summer adventure in the Dolomites, which was translated (Cime inviolate e valli sconosciute – vagabondaggi di mezza estate tra le Dolomiti – 1872), published and reprinted over the years by Nuovi Sentieri Editore.

This, for instance, was Amelia’s reaction to Civetta the very first time she caught sight of it:

“The grand façade of the Civetta – a sheer, magnificent wall of upright precipice, seamed from crown to foot with thousands of vertical fissures, and rising in a mighty arch towards the centre-faces to the north-west, looking directly up to the Cordevole towards Caprile, and filling in the end of the valley as a great organ-front fills in the end of a Cathedral aisle. Towards evening it takes all the glow of the sunset. In the morning, while the sun is yet low in the east, it shows through a veil of soft blue shade, vague and unreal as a dream. It was thus I first saw it”

And this is exactly how it is still seen by all those who are lucky enough to live in its presence. Because you never tire of such beauty.

Cortina, Pieve di Cadore, Auronzo, Livinallongo, Alleghe, Caprile, Zoldo, Agordo, Primiero, Predazzo, Val di Fassa, Val Gardena, Bolzano… the list of places Amelia Edwards visited 146 years ago is endless. And today it is possible to retrace her steps, like Alan and Susan Boyle who, not content with merely reliving her experience through her very realistic written account, are currently collecting all the information they need to create a real Alta Via trail that has been given her name (some stages and variants are already available on the website www.avamelia.com). The trail stretches 400 km, with an altitude difference of 33,000 metres, climbing and descending in 30 stages so walkers can relive the same emotions and contemplate, albeit with different eyes, the same wonders of the Dolomites that Amelia Edwards described.