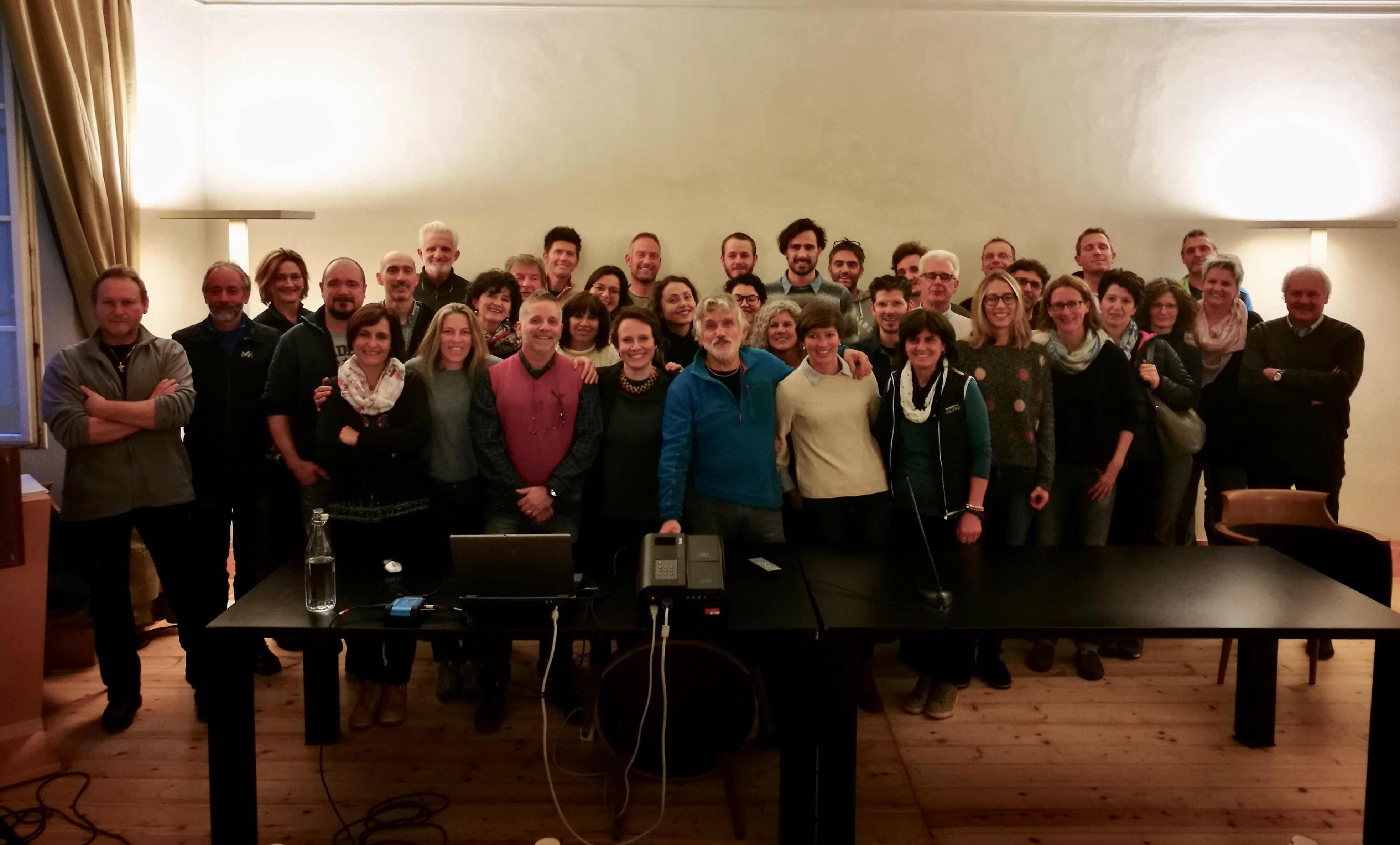 The network of mountain hut managers who work in the World Heritage Site has been up and running for a couple of years now. The next step is to make it operative by introducing simple but effective measures and self-sufficient throughout the year. This was just one of the many issues mountain hut managers discussed between sessions at the second course organised by the Education and Scientific Research Network of the UNESCO Dolomites Foundation which was attended by around forty mountain hut managers in Bressanone on 20 and 21 November. Among the participants were a number of managers who suffered devastating damage during the storms of 29 October 2018, with the footpaths the worst hit, but plans are already under way to repair them in time for next spring.

“Visiting a World Heritage Site means behaving responsibly towards the environment around you and your relationship with others” stated the director of the UNESCO Dolomites Foundation, Marcella Morandini, reacting to the difficult situations some managers find themselves in when faced with arrogant and rude requests from tourists who do not seem to realise where they are. “What we have to do is come up with a strategy” concluded Morandini, “which helps tourists understand how exceptional and unique this experience is”. This is the issue which mountain hut managers are concentrating on: one example illustrated at the course was a leaflet which has been designed mainly (but not only) for children by Roberta Silva of the Roda di Vael mountain hut. Joint ventures will be launched to promote the unique status of the Property not only in Alto Adige and Trentino but in the Belluno area and Friuli, continuing the project which began with the introduction of plaques indicating the mountain huts as UNESCO Dolomite info points. Often, the simplest ideas are the most effective. An example? Place mats made out of recycled paper which can be used in each of the 66 mountain huts in the core area and which send out a united message about the value of the World Heritage Site.

MANY OPINIONS BUT SHARED GOALS

There are many different ways of meeting the present and future challenges in the increasingly complex business of managing a mountain hut: “There are mountain huts which are almost like mini hotels” explains Elena Zamberlan, manager of the Pian de Fontana mountain hut (BL), “others are a lot more basic: we have to get people to understand that if something is missing in a mountain hut, it is probably made up for by something else. We just have to communicate properly and give people a warm welcome”. Stefanie Rogger, manager of the Pian di Cengia mountain hut (BZ), shares this opinion and has a precise word for this attitude: “The most important thing we have to offer in this business is authenticity”. We must bear in mind our differences but always be open to dialogue and collaboration: “Cooperation between mountain huts, even located in different provinces, is fundamental” underlines Sandra Donini, manager of the Tosa Pedrotti mountain hut in the Brenta Dolomites (TN). “Working together as part of a network is essential and we must take full advantage of the consideration UNESCO gives us”. Because, as Roberta Corona, manager of the Cava Buscada mountain hut in the Friuli Dolomites (PN), points out “we often have to deal with the same difficulties and the course gives us the chance to get together and talk and feel part of a group”. There was also time to get an update on the damage caused by the bad weather: “The storm caused significant problems, especially for the footpaths, and some mountain huts also suffered damage to their buildings but, with the help and collaboration of everyone, we will overcome these difficulties”, is the hope of Bruno Martini, manager of the A. Berti mountain hut in Vallon Popera (BL).