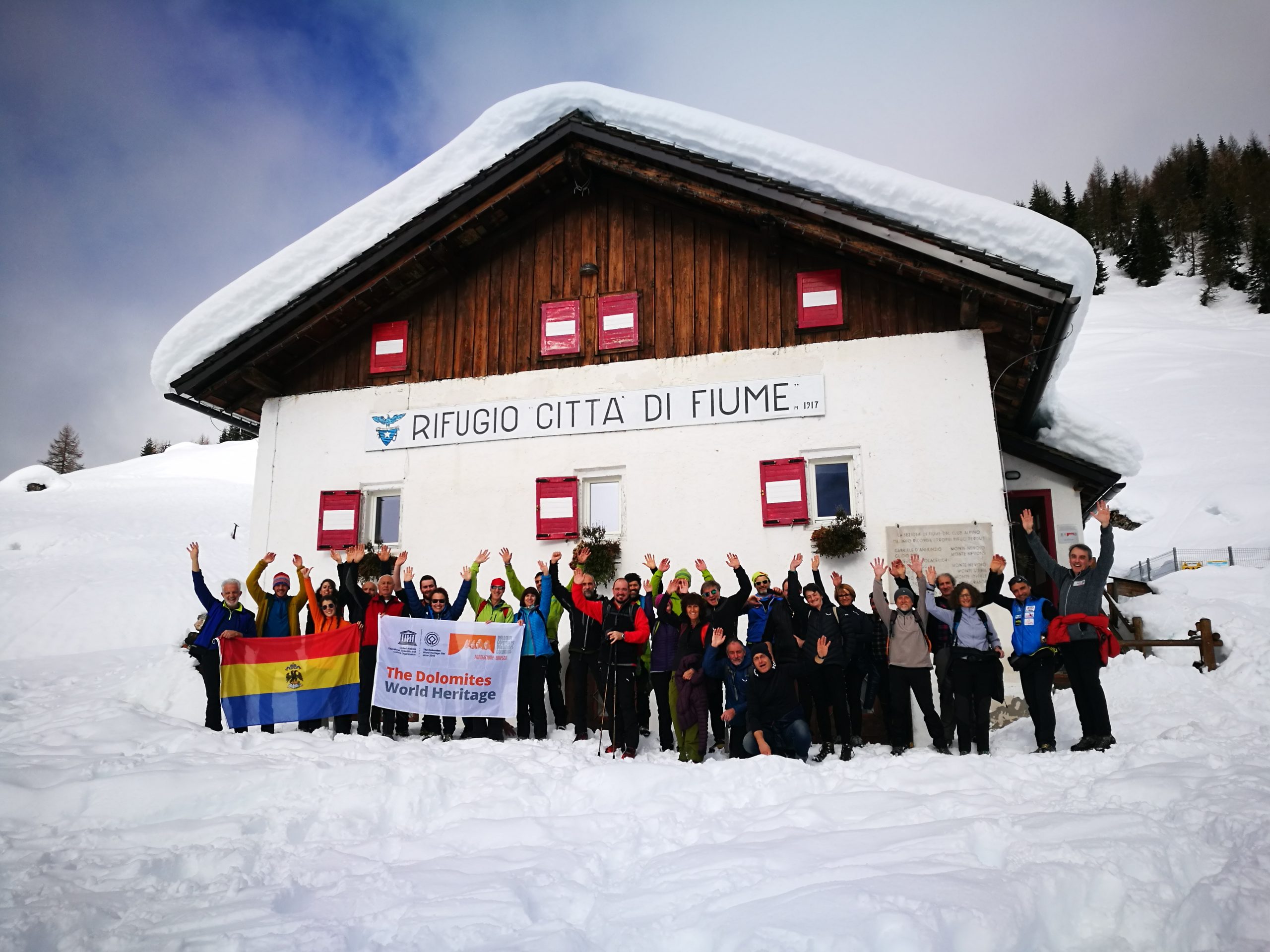 There was a message of unity in the Val di Zoldo on 28 and 29 November, when the UNESCO Dolomites Foundation held its annual course for the managers of the 66 mountain huts within the World Heritage site. The consensus was that looking to the mountains of tomorrow and resolving the most practical issues of today are but two sides of the same coin.

At least half the managers attended the course

With both new faces and returnees, course attendance by mountain hut managers still reaches very high levels. As many as half the managers in the “core” area of the World Heritage Dolomites were present at an event which focuses on training these ambassadors of UNESCO values, but also on discussing common problems and possible solutions. Mario Tonina, president of the UNESCO Dolomites Foundation, spoke at the end of the two day event: “You are the ambassadors of our UNESCO site, because you live in the heart of the Dolomites and experience the challenges first-hand. Your businesses help to keep the mountains inhabited.”

Collaboration is the only way

The course began up at the Città di Fiume mountain hut, in the company of landscape architect Cesare Micheletti, and geologist Emiliano Oddone. They taught the managers a way of interpreting the Dolomite landscape, and how to respond to the increasingly frequent need to explain the reasons behind UNESCO recognition to tourists from all over the world. The meeting then took place in the multi-purpose hall of the Municipality of Val di Zoldo, in Fusine. In his welcome address, the mayor of Val di Zoldo, Camillo De Pellegrin, made the following commitment: “The relationship between mountain hut managers and administrators should grow ever closer, given our common belief that UNESCO recognition is not a finishing line but a starting point.” The director of the UNESCO Dolomites Foundation, Marcella Morandini, painted a picture that indicates the potential to encourage more and more shared initiatives, and to involve those working in the Dolomites through an interconnected network. Among the examples given were: the Alta Via delle Dolomiti Bellunesi, the Anello delle Dolomiti Friulane (Ring of the Friulian Dolomites), the Palaronda Trek and the Dolomiti Senza Confini project. There is always very close collaboration with CAI, the Italian Alpine Club: indeed, the president of the Italian Alpine Club of Veneto, Renato Frigo, was present at the event. In his speech, Enrico Vicenti, general secretary of the Italian National Commission for UNESCO, indicated the significance of being citizens and economic operators in a place recognised as a World Heritage site, and so being part of a global responsibility.

The second day of the course was entirely focused on discussions between managers, with help and advice from experts: the architect Irma Visalli; Andrea Omizzolo, researcher at the European Academy of Bolzano – EURAC; Marco Tonet, creator of the Alta Via Dolomiti Bellunesi and Giacomo Benedetti, President of the National Committee for Mountain Huts of the CAI – Italian Alpine Club. The managers discussed four particularly sensitive topics: water resources, online reservations, interactions between the network of quality producers and the network of mountain huts, and the management of tourist numbers to help improve hospitality. With regard to water resources, Mario Fiorentini, president of the Mountain Hut Managers’ Association in the Veneto Region and manager of the Città di Fiume mountain hut, directed a very clear appeal to the institutions concerned: “We cannot keep our facilities open without water. Similarly, we need a large-scale programme to deal with waste water; with the huge increase in tourist numbers, this can no longer be allowed to disperse freely in the environment but must be managed as far as possible.” Duilio Boninsegna, manager of the Pradidali mountain hut, stressed the importance of mutual solidarity among the managers. As he pointed out: “The current meeting in Val di Zoldo provides a good example.”