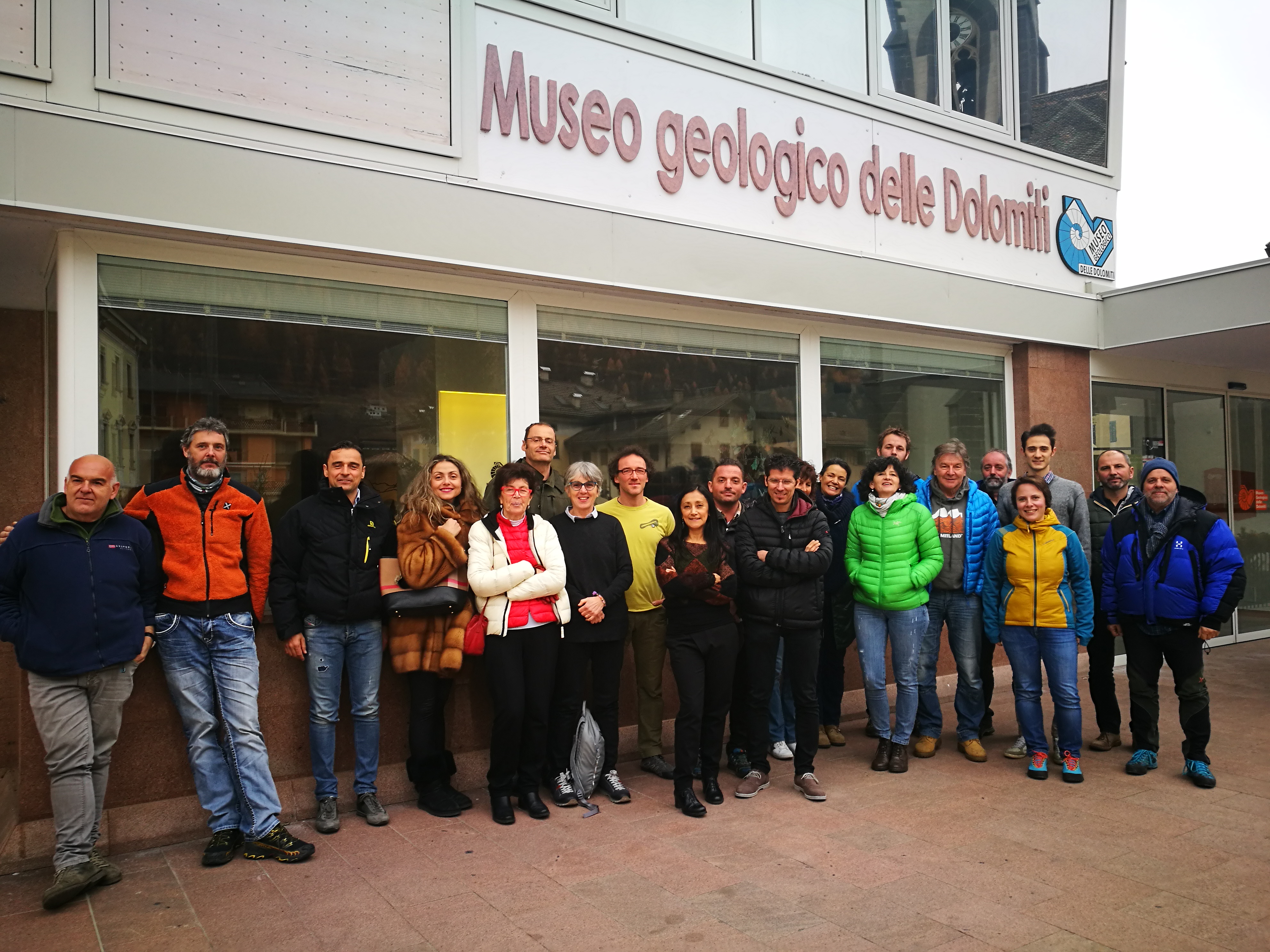 Indeed, it was an initiative by the UNESCO Dolomites Foundation that made it possible for the mountain huts’ managers to form a more solid and connected network. Equally, the Foundation itself is becoming ever more a network thanks to those same managers who have taken on the role to perfection. This became clear during the training course held for them in Predazzo, at the Dolomites Geological Museum, on 27 and 28 November.

The course enabled those managers who attended it to learn more about the reasons for the area’s UNESCO listing, about the role of the Foundation, the special geological features of the nine systems and their landscape and cultural values. The course features a number of expert speakers: Marcella Morandini, Director of the UNESCO Dolomites Foundation, Riccardo Giacomelli of SAT, Annibale Salsa, also representing the Foundation, Marco Avanzini and Riccardo Tomasoni, geologists of MUSE in Trento, Rosa Tapia, Manager of the Predazzo Dolomites Geological Museum, geologist Danilo Giordani, for the Foundation G. Angelini – Centro Studi sulla Montagna (Mountain Study Centre) and Gabriella De Fino, UNESCO Area Manager from the Trentino School of Management step – the school for governance of the area and the landscape.

Greater awareness of the special features making up the treasure that is the UNESCO World Heritage Site immediately produced its first results. The discussions engaged in by the managers yielded a great many suggestions for making the network even more functional. In particular, also given the nature of the course, some ideas centred around the adding value to the geological features of the Site. Examples of this added value could be special tourist packages focusing on this aspect with geo-trekking excursions.

The willingness of the mountain huts’ managers to work as a team may also produce such practical results as planning events, communications campaigns and activities aimed at schools, all following a common line, also thanks to coordination by the Foundation.

For now these are just ideas and suggestions, but they are proof of an essential fact that both precedes and goes beyond individual practical actions. It is clear that the Dolomite mountain huts’ managers are now a group of people with a better understanding of the unifying role played by the Foundation. This unification is not an end in itself but rather a way of enabling individual actors involved in the UNESCO site to continue with their work but with a new awareness: a feeling of not being alone, of being able to converse with those playing an identical or similar role, even though this may be in different contexts and conditions, but usually with the same spirit and always with the same purpose.