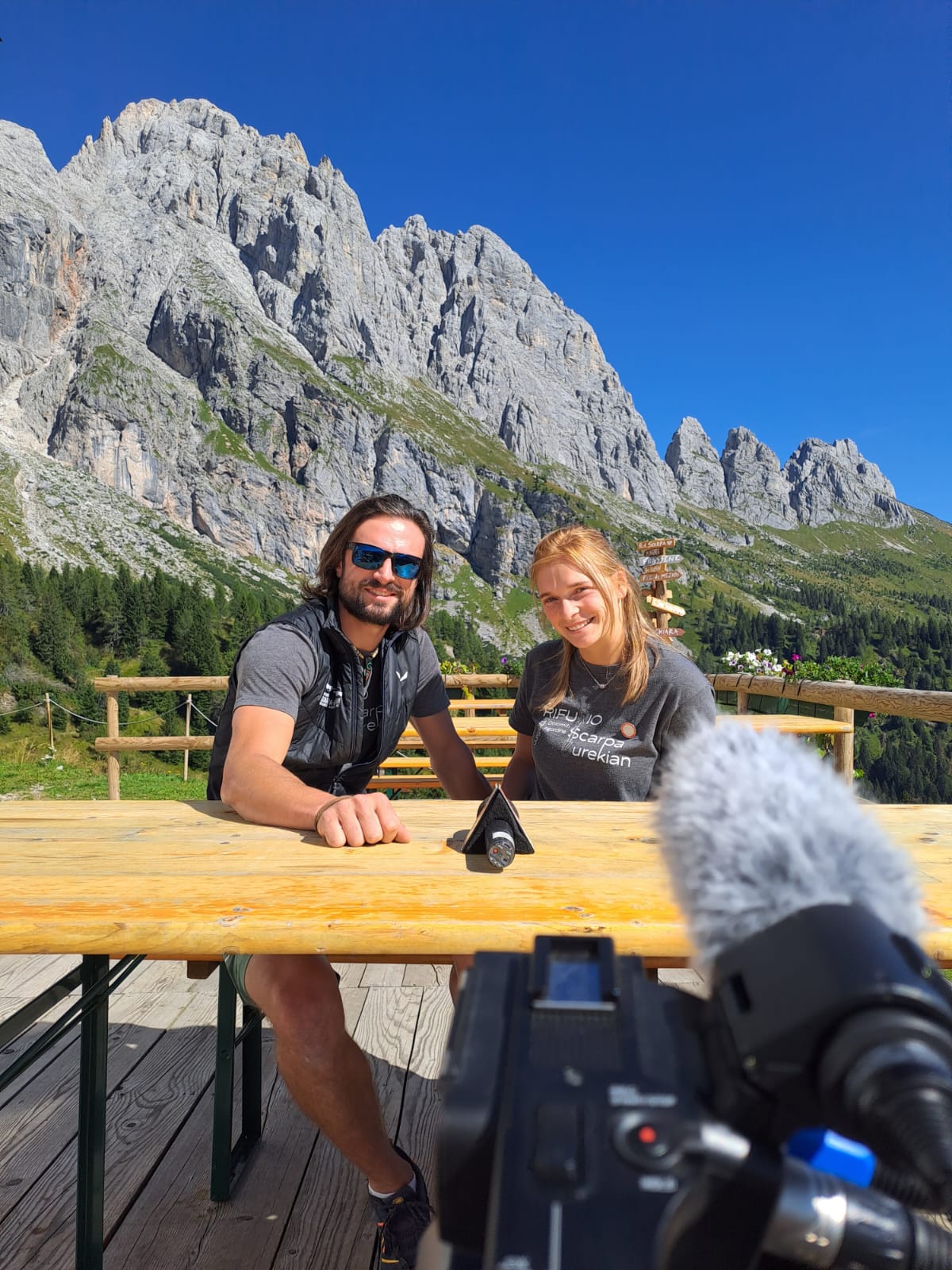 In addition to viewers from seven national and regional broadcasters, the UNESCO Dolomites Foundation’s social media channels get over one million views per month. But more important than that are the many interactions that allow us to confirm that our goal of giving a voice to the people who live and work among the Dolomites, as well as making them more aware of it, has been fully achieved.

250 services and where to review them

Including the ten episodes broadcast last summer, there is now a grand total of 250 stories told over the five years that the “Noi Dolomiti UNESCO” programme has been broadcasted. During that time, the programme has given a voice to mountain hut managers, alpine producers and alpine guides, mountaineers, members of the Mountain Rescue Service, cultural and tourism operators, administrators, writers and artists. All the episodes are available in one collection on the “Dolomites UNESCO” YouTube channel. The series forms a great collective narrative by the people who embody the founding values of UNESCO recognition and who have set out to describe how they interpret it in light of the richness, difficulties, and contradictions typical of living and operating in the mountains. The series also features major debates on strategic choices for the future of the highlands, from mobility to mitigation and adaptation to the climate crisis, which was the subject of many in-depth discussions this year.

The dried up springs and reservoirs shown by Mariano and Roberta at the Rosetta mountain hut, the pipes that Raffaele and Annarita at the Alimonta mountain hut had to drag for hundreds of metres, the dedication with which Ivan from the Pordenone hut offers directions to hikers, the amused and somewhat resigned look of Mario as he checks how the waste recycling is working at the Città di Fiume mountain hut, and the similar look on the faces of Valeria and Stefan as they stand in front of the Re Alberto mountain hut telling us about the tourist who asked while looking at a map, “What are all these red marks?” Summer 2022 was all this and more: Rita who is still immersed in bureaucracy at one o’clock in the morning at the Berti mountain hut, or Barbara from the Venezia hut who tells us about how helpful and courteous her clients are… #mountainhutlife, the campaign initiated by the UNESCO Dolomites Foundation in cooperation with the World Heritage Mountain Hut Managers Network, has become a much shared and appreciated hashtag thanks to the ability of the managers themselves to get involved by showing small slices of their daily lives and communicating the importance of fully understanding the alpine context. And they always do it with a smile, which is reciprocated online by hundreds of thousands of views and many comments that bode well for the effectiveness of this small tool that the Foundation developed to share reflections on the written, and particularly unwritten, rules of alpine living.