News | Museums of the Dolomites: a gateway to the future 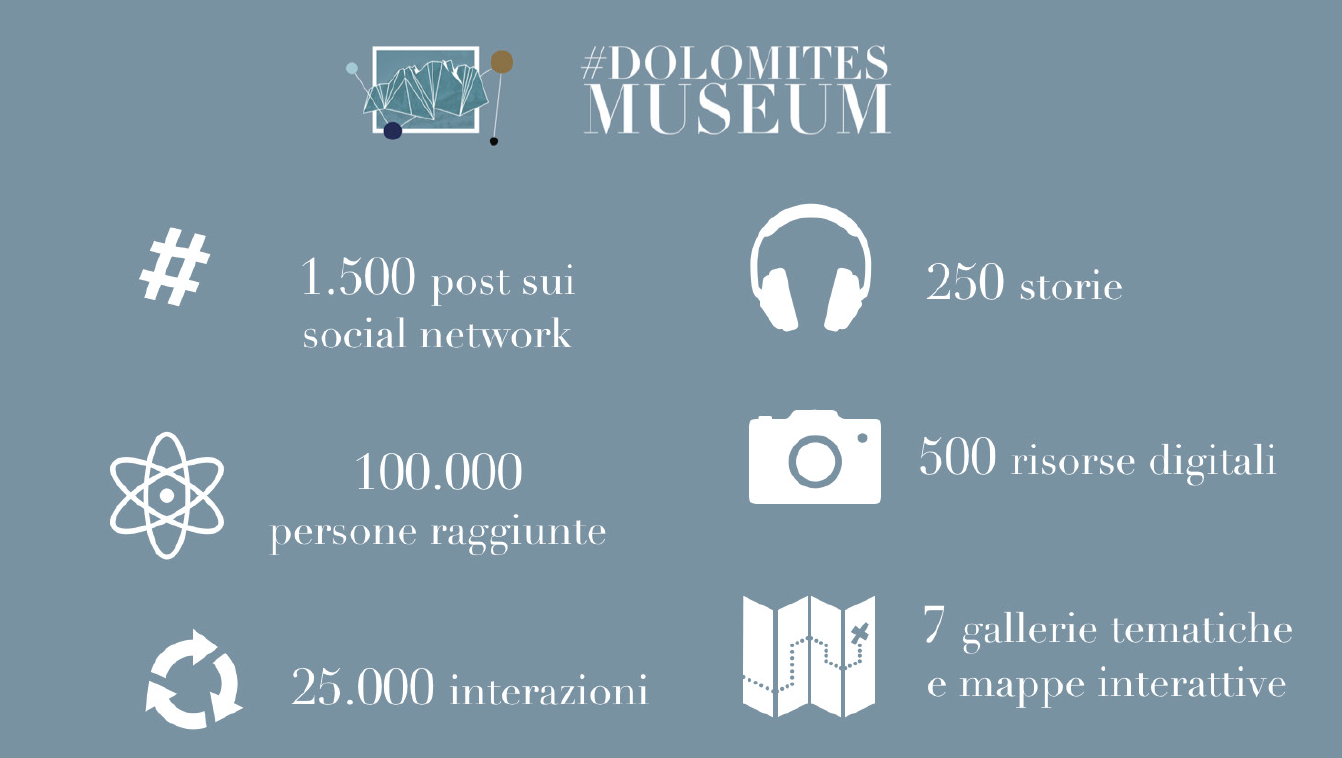 It is not a provocation, nor is it a paradox. This is what the curators and the protagonists of the first two years of activity on the Museums of the Dolomites project consider an achievable goal: the birth of a community of operators working in synergy to promote World Heritage, involvement of the resident population and provision of concrete responses to issues such as depopulation, sustainability and digital transformation, because museums are not only treasure chests of knowledge but also multipliers of passion, skills and awareness of the region, or rather of the indispensable conditions for planning its future.

The report on the first two years of the project promoted by the UNESCO Dolomites Foundation to create a network of museums on the Dolomites curated by Stefania Zardini Lacedelli and Giacomo Pompanin is a testament to the active participation of operators in the various offerings: from workshops in the area to the #dolomitesmuseum social campaign which produced 1,500 posts on social media and reached 100,000 people, up to the most lasting and constantly evolving legacy, specifically the “Workshop of Stories”, a new digital space to which the various museums involved have contributed, for a total of 700 items of content including multimedia galleries, interactive maps, blogs and memory games for testing knowledge of the Dolomites heritage. The platform continues to receive contributions, and its growth benefits not only users, who can have a virtual kaleidoscope on the many features of the Dolomites, but also the operators themselves who continue to work online getting to know each other, exchanging good practices, and devising common initiatives.

The first objective to be pursued is naturally the continued growth of the museums involved in the project, enrichment of the “Workshop of Stories” with new content, giving operators the opportunity to deepen the connections between the collections and amplify the voices of this shared story of Heritage. A singularity made up of many singularities: this is what characterises the Dolomites UNESCO World Heritage Site, not only from the perspective of landscape, geology and nature but also from a cultural and ethno-anthropological perspective. The Museums of the Dolomites project is therefore proposed, for the future as well, as the dynamic representation of teamwork promoted by the UNESCO Dolomites Foundation in all the regions that share the Dolomites, in a way similar to what is happening among mountain hut managers or producers who perceive themselves as actors with different roles, but all equally essential to staging a common future.