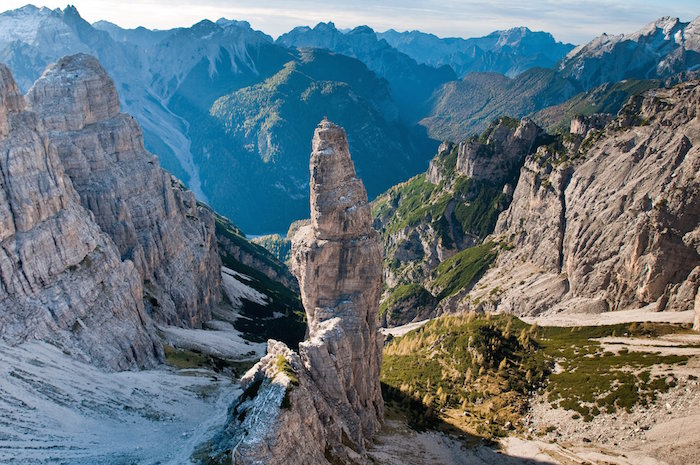 CAI of Pordenone has launched a crowdfunding campaign for the refurbishment of the bell of Val Montanaia.

A lightning striking a symbol

In 1982 the bell (placed at the top of the famous rock bell tower in 1926) was damaged by lightning and replaced with an identical reproduction. But the unique exposure of the famous spire makes it particularly at risk of such occurrences: last 19 September lightning hit again, and the bell is once more in need of repair. With its campaign, CAI of Pordenone wants to make sure that its sound can once again be heard between the Monfalconi and the Spalti di Toro groups, in the wild, spectacular and impervious Dolomites of the Friuli region. A tradition for Alpinists that reach the mountain top that was conquered for the first time on 17 September 1902 by the Austrians Victor Wolf von Glanvell and Karl Günter Freiherr von Saar, just a few days after Napoleone Cozzi and Alberto Zanutti had been able to approach the plane of the the furthest top.

1000 Euro is the sum needed. The page of the campaign shows that donations are increasing every day, even if by small amounts. “We wish to involve all those who love the mountain and all its treasures,” is the message of the promoters, “all those who have climbed the bell tower and had the privilege of ringing the bell. But also those who have listened to its sound from the various mountain tops, while reaching the Perugini bivouac, or walking Alta Via dei Silenzi.” A way to keep the connection with the small but precious gems preserved within the Dolomites World Heritage territory: “A small contribution by many will give a new lease of life to a sound of which we are very proud, and that is for us a symbol of brotherhood.”