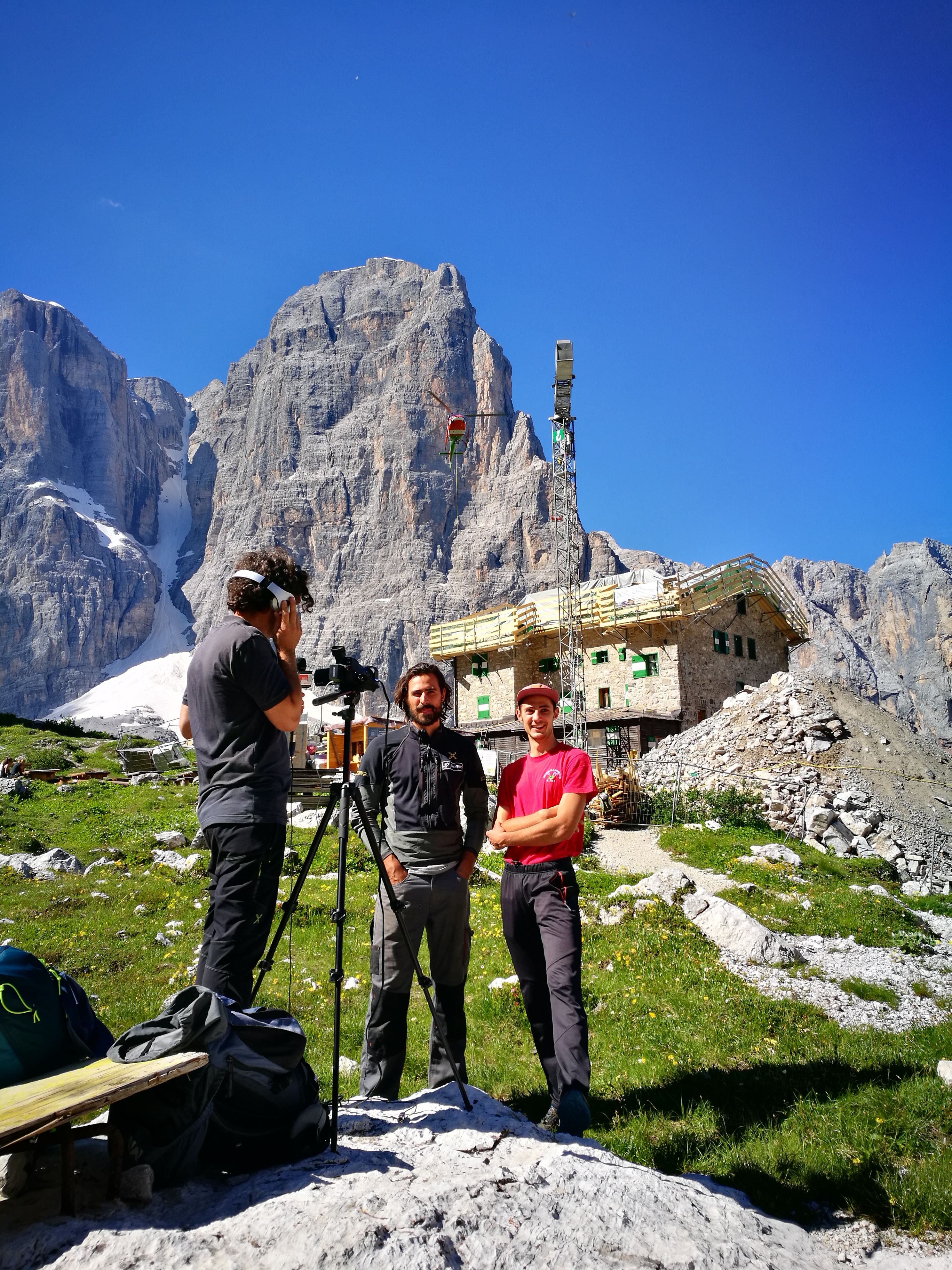 Starting the first weekend in July, “Noi Dolomiti UNESCO” will be back on the air for the fourth year in a row. This feature is hosted for the UNESCO Dolomites Foundation by Giambattista Zampieri who, with a camera on his shoulder and microphone always on, gives voice to those who live and work in the Dolomites World Heritage Site. This season, the programme will showcase 40 new stories, added to the 152 that have already been told. The stories will be visible not only on the UNESCO Dolomites Foundation’s social media channels but also on numerous national and local broadcasters: 7Gold, Antenna Tre, Telebelluno, Telefriuli, Alto Adige TV and Trentino TV.

Who’s featured? As always, mountain hut managers, producers, mountain guides, scholars of the various aspects of the World Heritage Site, tour operators, mountaineering associations, administrators and anyone who faces the daily challenge of living in an area that is rich in both resources and problems. For four years now, “Noi Dolomiti UNESCO” has been one of the vehicles that the UNESCO Dolomites Foundation uses for contributing, not only to spreading the word about the unique landscape and geology of the Dolomites, but also to creating links between regions and overcoming geographical, cultural and economic barriers. Like last year, the common theme will of course be the reopening after the COVID-19 emergency, with particular attention being paid to creating a culture of responsibility, respect for the environment, and awareness towards a sustainable and conscious use of the Dolomites. The intention is not to create “postcards”, but to give the floor to people who live and work in the area, without hiding the political, economic and social problems and the differing viewpoints on how to solve them.