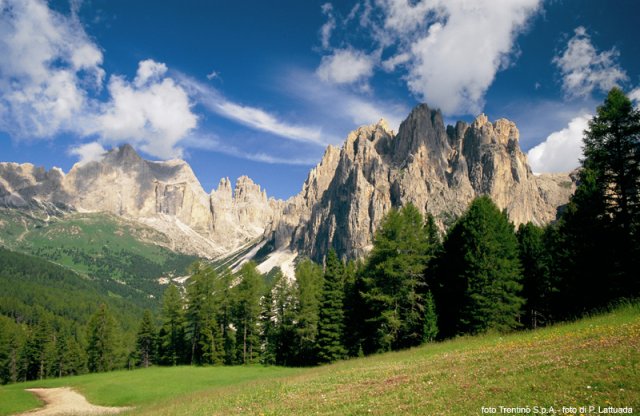 Held in Trento on Monday 4 July, the meeting dealing with the topic of repeatable projects was attended by representatives of the provincial and regional authorities who share the running of the UNESCO World Heritage Site and of local museums, parks and the Foundation’s official supporters. The discussion covered a great many experiences and talked of projects completed, underway and at the study and proposal stages in order to arrive at a joint assessment of their potential for repetition.

In addition to the President of the UNESCO Dolomites Foundation, Mariagrazia Santoro, the meeting was attended by Director Marcella Morandini, the Councillor from the Autonomous Province of Trento and Vice-President of the Foundation, Mauro Gilmozzi, who opened the meeting with an introduction of the presentation, Master World Natural Heritage Management, now in its fourth edition, presented by Gabriella De Fino, for the UNESCO department of STEP (school of management of the territory and landscape), part of the Trentino School of Management. Mauro Gilmozzi emphasised “the importance and great value of postgraduate training on the natural heritage. This happens in two places in Italy, the University of Turin and here at the STEP school were we work in partnership with Turin”.

The Foundation President Mariagrazia Santoro focused on the importance of “organising our projects systematically, hence the meaning of the term “repeatable”, not in the sense of just copying but rather adapting them to meet the needs of the moment. The Foundation is the embodiment of this “joined-up thinking”. I would also like to announce here that at the Trento Film Festival, we have put forward a proposal for a special award dedicated to the UNESCO Dolomites.”

Repeatable projects for the UNESCO Dolomites

– Adventures in the Pale Mountains, a digital game, two booklets and a special UNESCO Dolomites website for children between the ages of 6 and 10, to help them learn about the features of the Dolomite landscape and their value and importance, instilling respect for them

– Open data Dolomiti UNESCO, is a study whose aim is to gather and catalogue any data of use for creating an IT application. Bringing together both private and public entities in the Province of Trento, it creates an overview of what is on offer in the hospitality field

– Speaking pathways, is an app for the discovery of 5 circular trails in the Belluno Dolomites, from Mount Pelmo to Busa delle Vette 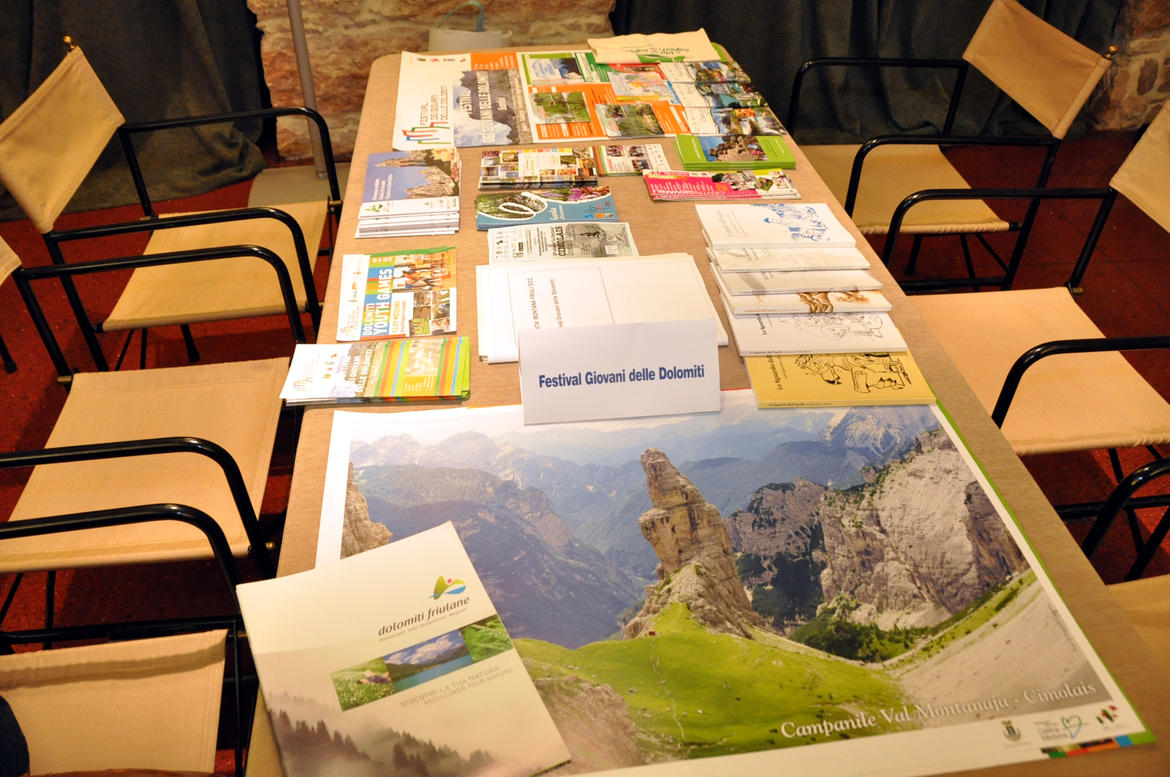 Workshop for the Alps and the Dolomites UNESCO World Heritage Site

In the afternoon representatives of the Autonomous Province of Trento, Società Alpinisti Tridentini (Mountain Guides Association), the UNESCO Dolomites Foundation, the Trento Film Festival, the STEP Department of TSM the Trentino School of Management and the Science Museum (MUSE) signed up to an agreement to set up a permanent workshop entitled ‘Laboratorio Alpino e delle Dolomiti Bene UNESCO’. 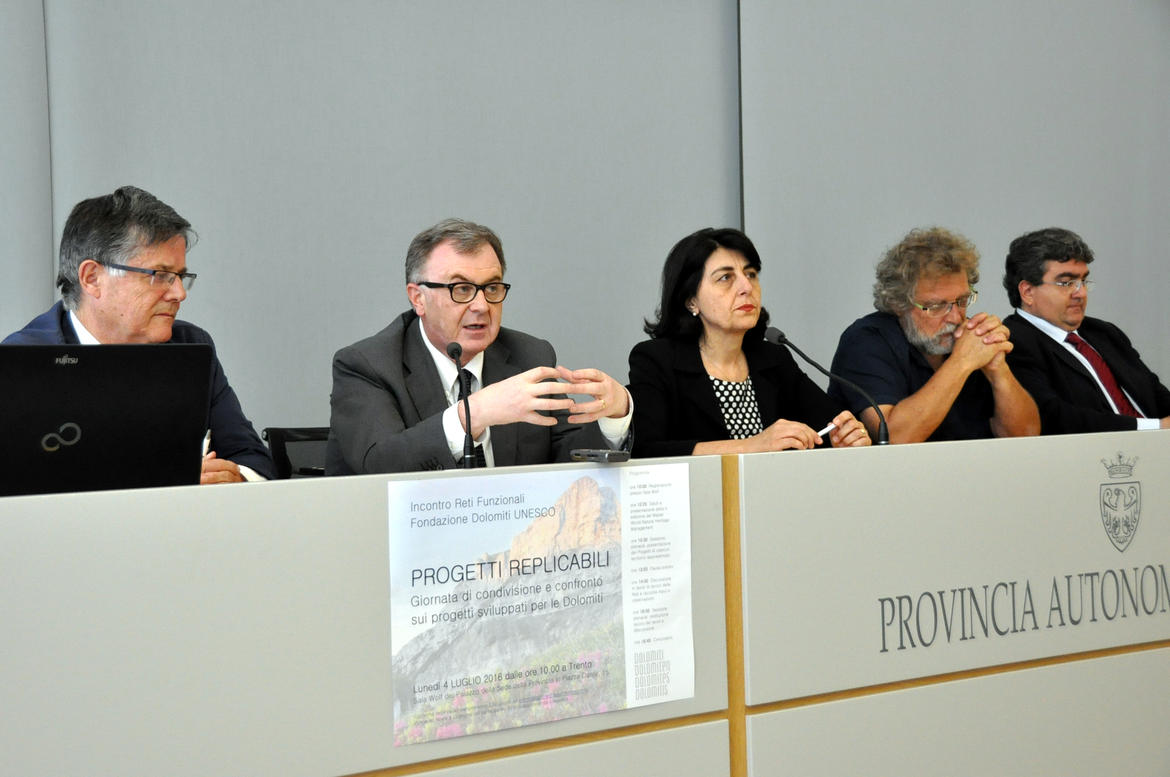 Describing it, the Vice-President of the Foundation Mauro Gilmozzi stated that “this will enable SAT to become a workshop for the study of topics linked to training, the mountain culture and to come up with practical projects for raising awareness of the mountain culture with the aid of institutions and instruments the provincial authority can call upon, such as the scientific activities of MUSE and the vital work done by TSM-STEP on the educational and communications front.”

Foundation President Mariagrazia Santoro expressed the hope that “this sort of agreement will be conceived and entered into by the institutions in other areas and ratified for the benefit of all”. She also announced the proposal put forward during the Trento Film Festival to set up a special price, to be awarded during the festival, dedicated to the UNESCO Dolomites.

President of the Trento Film Festival Roberto De Martin made a significant announcement, stating that “The opening of the Great Mountains Festival in Korea, held this year and which has chosen us as a point of reference, will be attended by Reinhold Messner and we will be asking him to act as an ambassador for the Dolomites and we will be asking our Korean friends to set up a Dolomites section within their festival”.