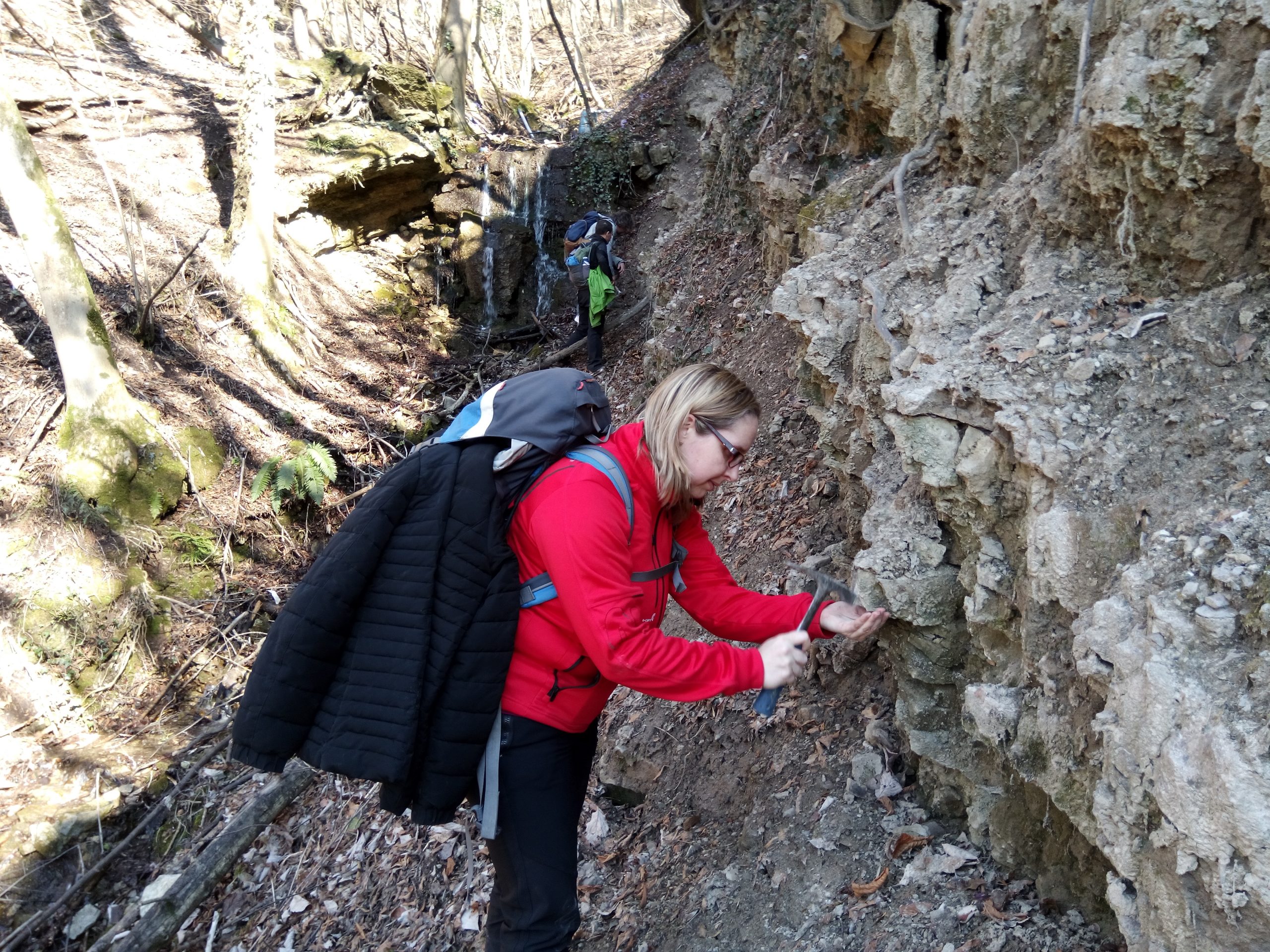 Why study vegetation from over 200 million years ago? Understanding where we are heading is a civic duty and even a political necessity. These are the words of Evelyn Kustatscher, a South Tyrolean palaeobotanist who studies the fossilised plants of the Dolomites and whose name appears not only in books and scientific articles, but also (Latinised as befits the international code) in official nomenclature. In fact, two scholars from the University of Munich, Prof. Alexander Nützel and Baran Karapunar, have named a gastropod fossil found near Lake Prags, and confirmed to have lived in this area around 230 million years ago, Acutitomaria kustatscherae in her honour. 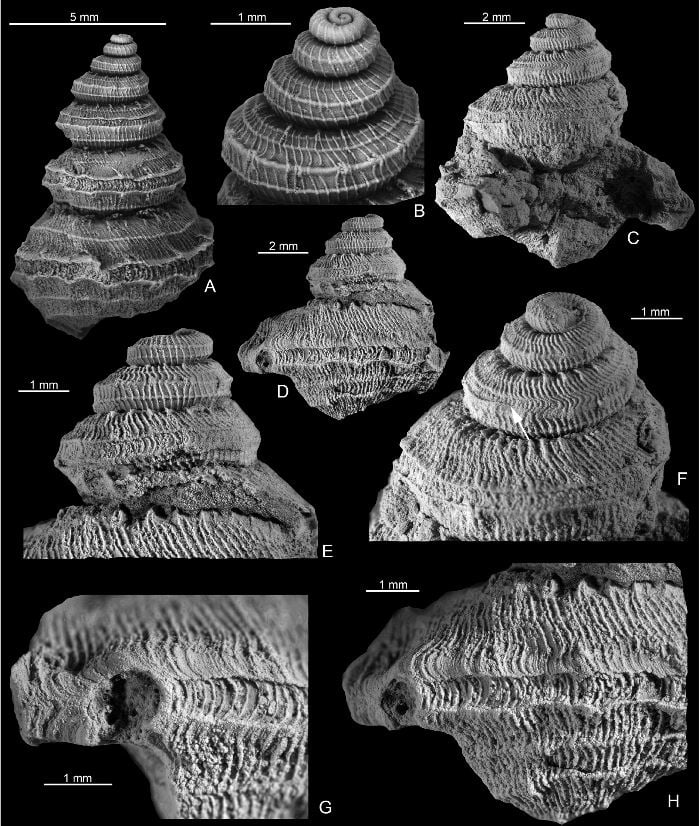 Does it feel almost as if a street or square had been dedicated to you?

“It certainly is the most explicit way in which colleagues can show their appreciation for your work”, replies Prof. Kustatscher.

What work are we talking about, specifically? The research of your two colleagues from Munich, or your general contribution to the development of palaeobotany?

“That’s just the point; I only offered logistical support to Alexander Nützel and Baran Karapunar and accompanied them to several sites where they conducted their research, as I do for all the scholars who come to the Dolomites. So, it’s really a tribute to all the research activities that I’ve carried out over the years. I am particularly grateful to them, because a person’s name usually only enters into the nomenclature either post-mortem or on the occasion of an important anniversary. But they just wanted to reward my work!”

Evelyn Kustatscher has more than one hundred publications to her credit; she has served as curator of palaeontology at the South Tyrolean Museum of Natural Sciences in Bolzano since 2005 and has been a qualified university teacher and lecturer at the Ludwig-Maximilian University in Munich since 2017. 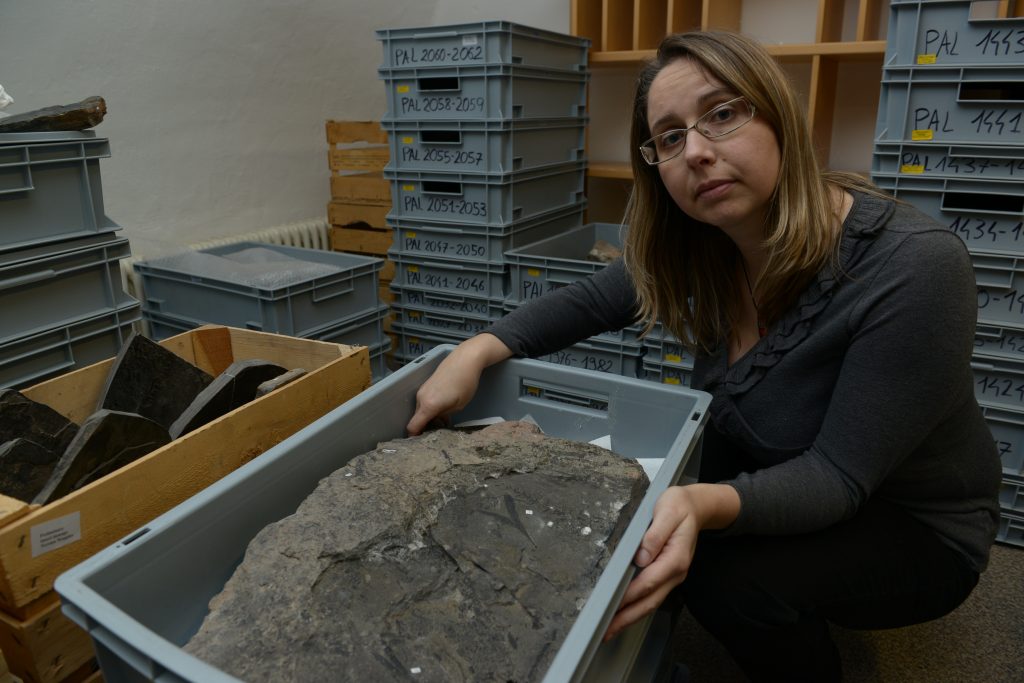 The impetus to study palaeobotany is actually relatively recent and has been motivated by your research specifically.

“Until the early 2000s, the only publications issued were of a general nature and allotted limited space to palaeobotany, apart from the studies of Prof. Piero Leonardi and those of the Utrecht palaeobotany group, both of which focused on the Bletterbach gorge. Now, thanks in part to the studies I conducted on the Dolomites, the palaeobotanical aspect has been enhanced and is a focal point of scientific discourse. Marine fauna are morphologically more recognisable and therefore easier to study than a pine cone, a tree trunk or a piece of root, but plants are the first to be affected by climate change.”

The past sheds light on the future

Studying the past to understand what is happening now…

“The study of plants has become very important, and many researchers from around the world are trying to reconstruct the climate of the past in order to understand current and future changes using information derived from plant fossils. These days, we do more than just observe and classify fossils in order to display them behind showcases; we are using them in an attempt to help solve what is now a socio-economic problem.

How does this effort enhance the Dolomites World Heritage Site?

The more we study them, the more we understand the treasures hidden in our Dolomites. This is our duty, because it allows us to contribute to the discussion about our future. That’s why I believe it is also our duty to support the other researchers who come to conduct research in the Dolomites.

Can initiatives such as the Geotrail, which was developed by the UNESCO Dolomites Foundation, be the point of encounter between sustainable tourism and scientific research in the World Heritage site?

Definitely. The Geotrail offers a soft form of tourism, as opposed to the pursuit of selfies in front of panoramas popularised by social media, and brings out the value underlying their fame. I have often heard hikers exclaim in amazement after an excursion in the Bletterbach gorge, for example, “Now at last, I understand”. But, we need to go one better than the Geotrail and help people understand the scientific reasons behind the Dolomites’ inclusion in the World Heritage list by enhancing the museums and visitor centres in the Parks as well.