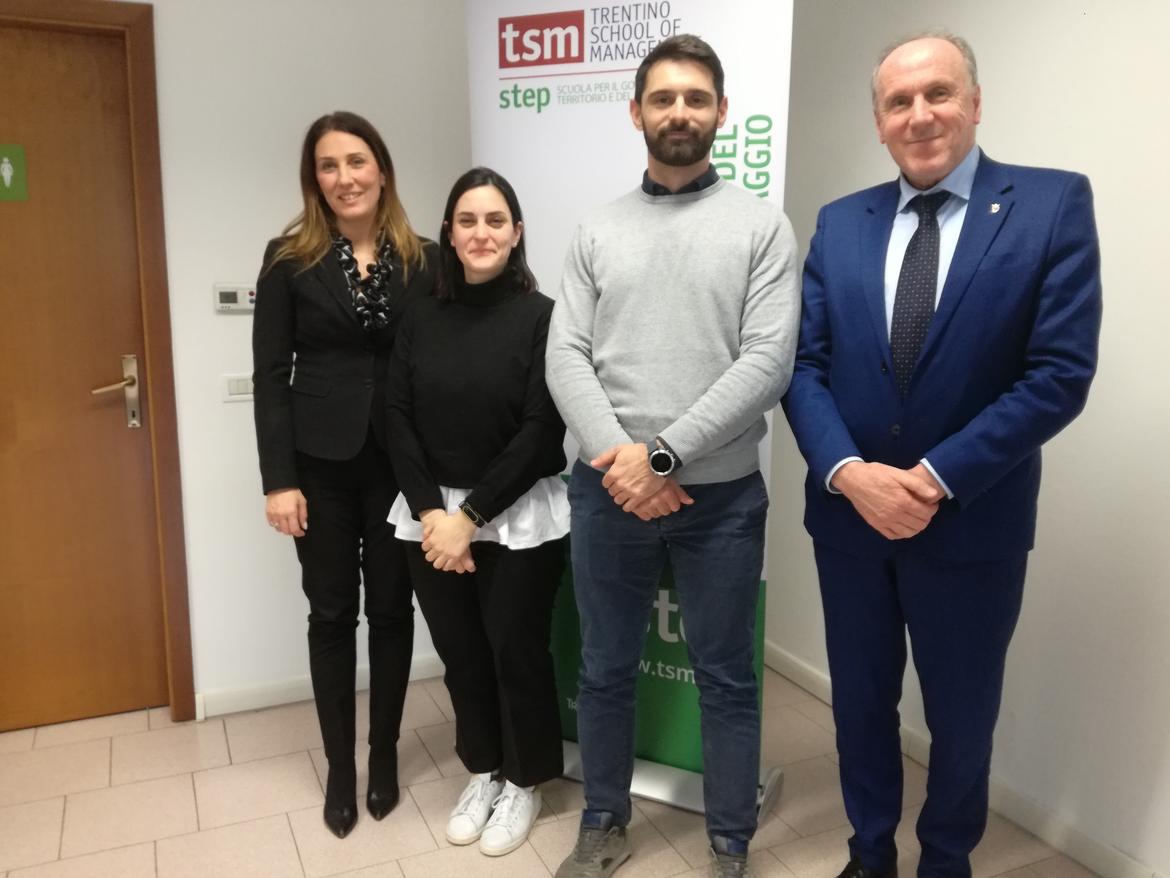 The future of the Dolomites is also related to our increasing interest in making them a subject for scientific research, and such studies can both motivate our actions and influence our strategic choices about their management. Seven degree theses received awards on 21st January, as the result of the competition launched by the Autonomous Province of Trento to celebrate the tenth anniversary of UNESCO Dolomites recognition. The initiative involved the participation of the Foundation’s Education and Scientific Research Network and the tsm|step School for the Management of Territory and Landscape.

Alfio Viganò, from the Geological Service of the Autonomous Province of Trento, praised the very high quality of the work submitted. He chaired a panel which also included: Saverio Cocco, former manager of the Geological Service of the Province and actively involved in the UNESCO candidacy; Chiara Nicolini, engineer, councillor of the Order of Engineers of the Province of Trento and member of the scientific committee of the tsm|step School for the Management of the Territory and the Landscape, and Mauro Pascolini, Professor of Geography at the University of Udine.

Alice Gruarin won the prize in the landscape section, presenting a thesis entitled: “Dolomite passes. Exceptional or degraded landscapes? An interpretative matrix for upgrading the environment around the passes” (supervisor: Prof. Viviana Ferrario). In the section relating to geology, the panel recognised the particular merit of the thesis by Gianluca Berrera: “Three-dimensional modelling of the carbonate platform-basin system of the Denti di Terrarossa/Rosszähne – Alpe di Siusi/Seiser Alm (Middle Triassic epoch, Dolomites)” (supervisor: Prof. Piero Gianolla). However, as previously mentioned, there were awards for seven theses. As well as the two winners, the panel singled out five others for commendation, with special mention in the landscape section for Gabriele Bee, Mattia Menardi and Jessica Dallago, and for Ludovica Crocitto, Alessandro Faggin and Martina Olivio in the geology section.

The reasons for the Award

During the award ceremony, attended by the president of the UNESCO Dolomites Foundation Mario Tonina, the spotlight turned on the original reasons for creating this dual purpose prize. In fact, the aim was both to focus on previous study and research in relation to the UNESCO Dolomites, and to encourage the production of new graduate theses, with a view to supporting the participation and active citizenship of younger generations.

Meanwhile, we now know the terms for the next competition: open to students presenting a three-year or master’s degree thesis on the conservation, promotion and enhancement of this natural asset in the period between 27 June 2019 and 26 June 2021. The two winners will again be awarded cash prizes of 1,000 Euros each. The awards will go to theses that address the theme of the UNESCO World Heritage Dolomites in a wider sense, referring more generally to the values expressed by the World Heritage Convention, or by other international agreements such as the European Landscape Convention and the Alpine Convention. To take part in the second competition, candidates should submit an application no later than 26 July 2021. Full details are available at www.dolomitiunesco.info, and www.tsm.tn.it.