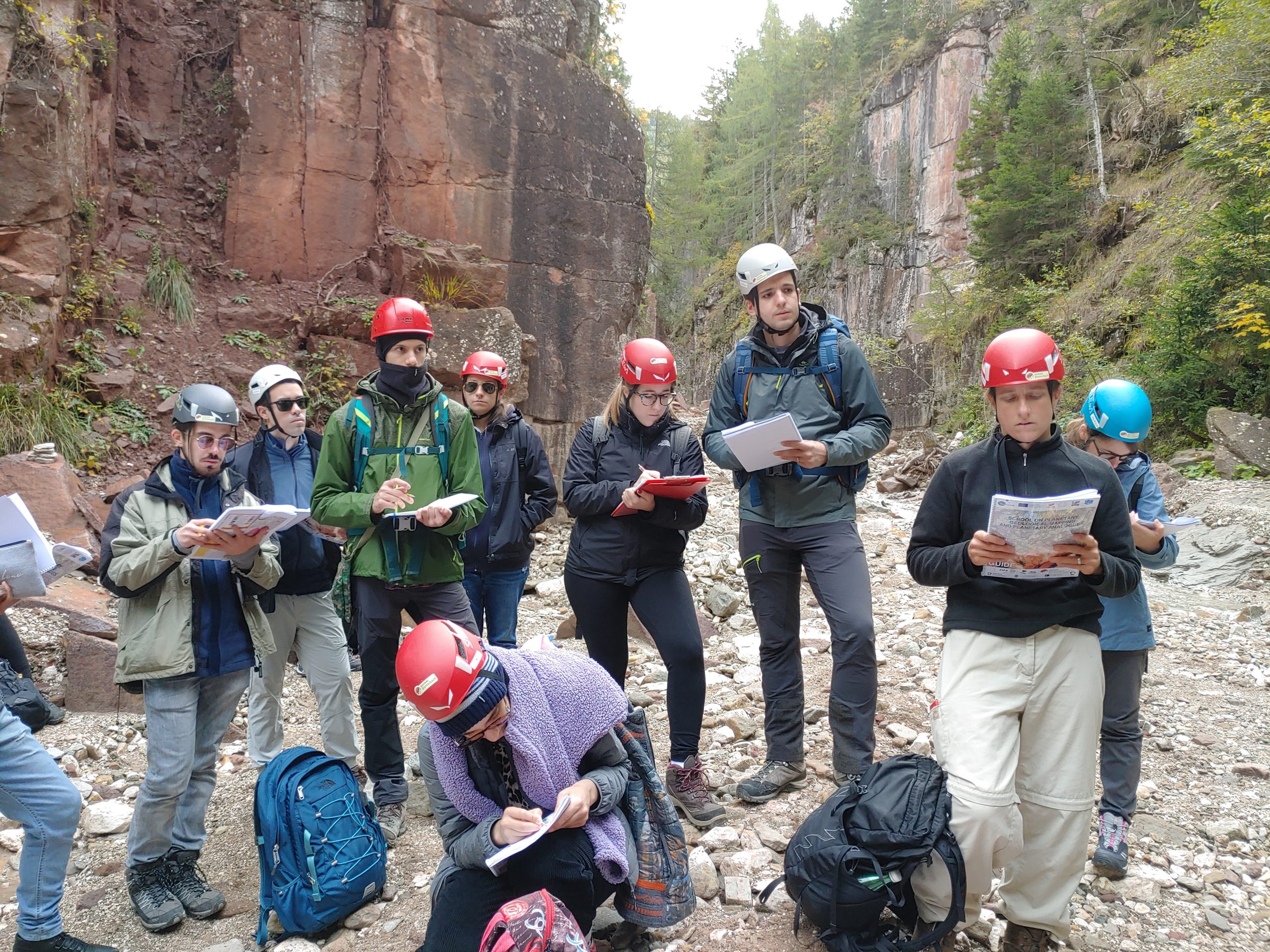 During the first week of October, the Geological Museum of the Dolomites in Predazzo, regional headquarters of the MUSE in Trento, hosted the School of Planetary Geological Cartography and Planetary Analogues. Twenty-three students and doctoral candidates from the Universities of Porto, Coimbra, Nantes, Padua and Chieti-Pescara, under the coordination of the Department of Geosciences of the University of Padua, had the opportunity to visit the Bletterbach gorge and take part in expeditions between Col Margherita, Passo San Pellegrino and Passo Rolle in order to study the similarities between the geology of the Dolomites and that of Mars. 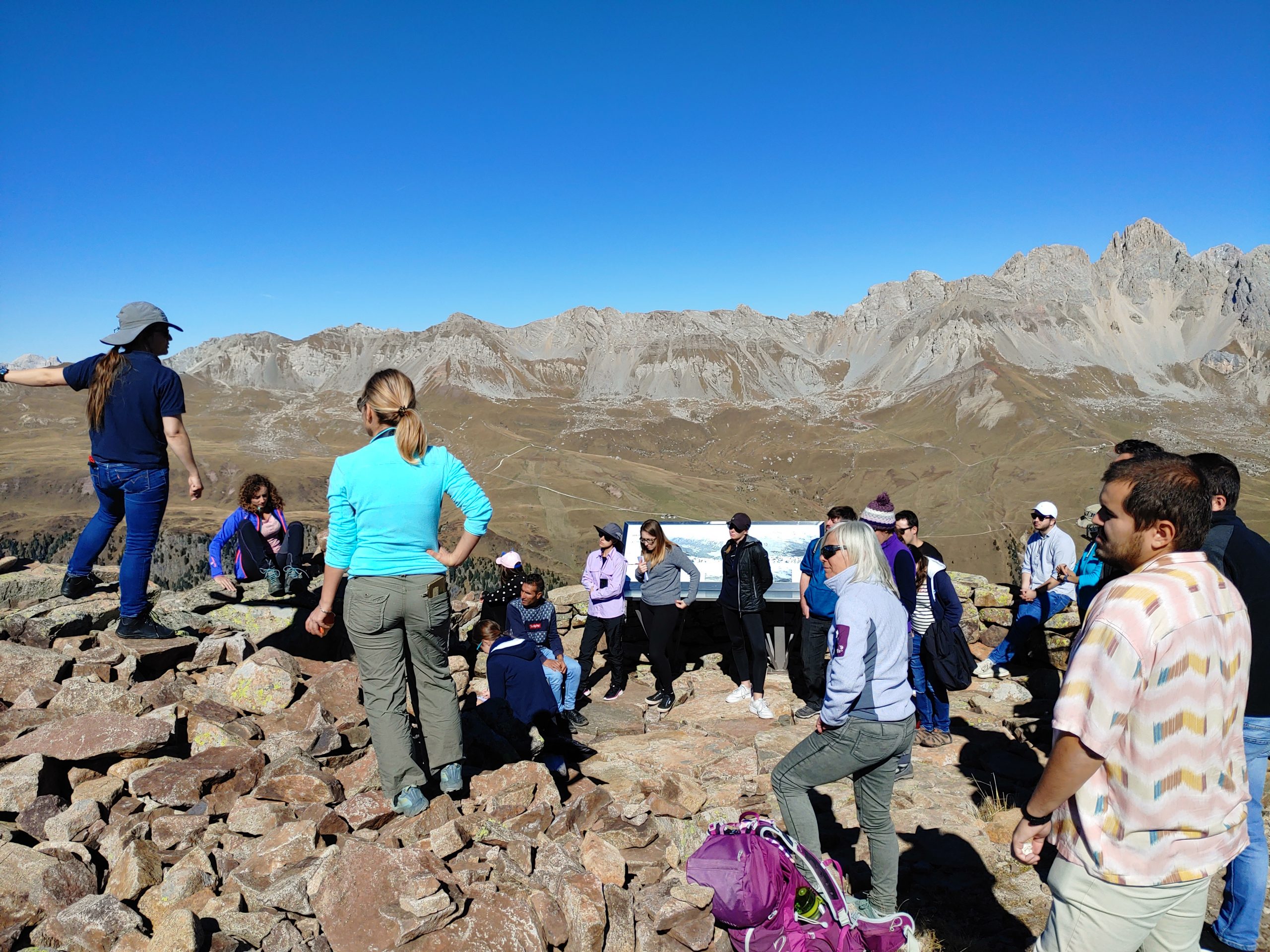 The first session of the School on Planetary Geological Mapping and Planetary Analogues was held at the University of Chieti-Pescara and then moved to Predazzo. “The theoretical and practical activities that were conducted at the Museum and in the surrounding environments,” explains Riccardo Tomasoni, MUSE geologist and head of the Geological Museum of the Dolomites, “allowed participants to make first-hand observations of geological phenomena similar to those visible in the images that the rovers send us from Mars. The similarities include geological, geomorphological and geophysical aspects.  In the Bletterbach gorge, for example, characteristic chalk layers, which are similar to some of the structures seen in images from Mars, can be observed in the reddish layers of the Val Gardena sandstone that were deposited in the vast Upper Permian river plains around 260 million years ago.

“The Permian floodplain sequences can, in fact, be compared to those formed in the craters visited by Curiosity and Perseverance;” comments Matteo Massironi, Associate Professor of Geosciences at the University of Padua, “these floodplains and lake sediments are geologically much older than those on Earth, as they date back some four billion years. Mars features many other geological environments that are comparable to those in the Dolomites. The activities that we conducted on the San Pellegrino and Rolle Passes, for example, allowed us to observe periglacial phenomena such as debris flows, of which we also find evidence in the Martian environment. Here, they are attributed to landslides that appear to be morphologically recent, and their origin is the subject of a debate as to whether they are granular, dry flows accompanied by CO2 or whether they might have also included water. Other similarities concern various phenomena such as moraines and rock glaciers.”

The fieldwork was complemented by the activity conducted in spaces within the Geological Museum of the Dolomites, where the data and images collected by the participants were the subject of photogrammetry workshops aimed at creating 3D models to be inserted into the virtual environments of both the Martian environment and that of the Bletterbach gorge. This experience allowed the students to directly experience the techniques they will have to use to analyse the images from Mars. 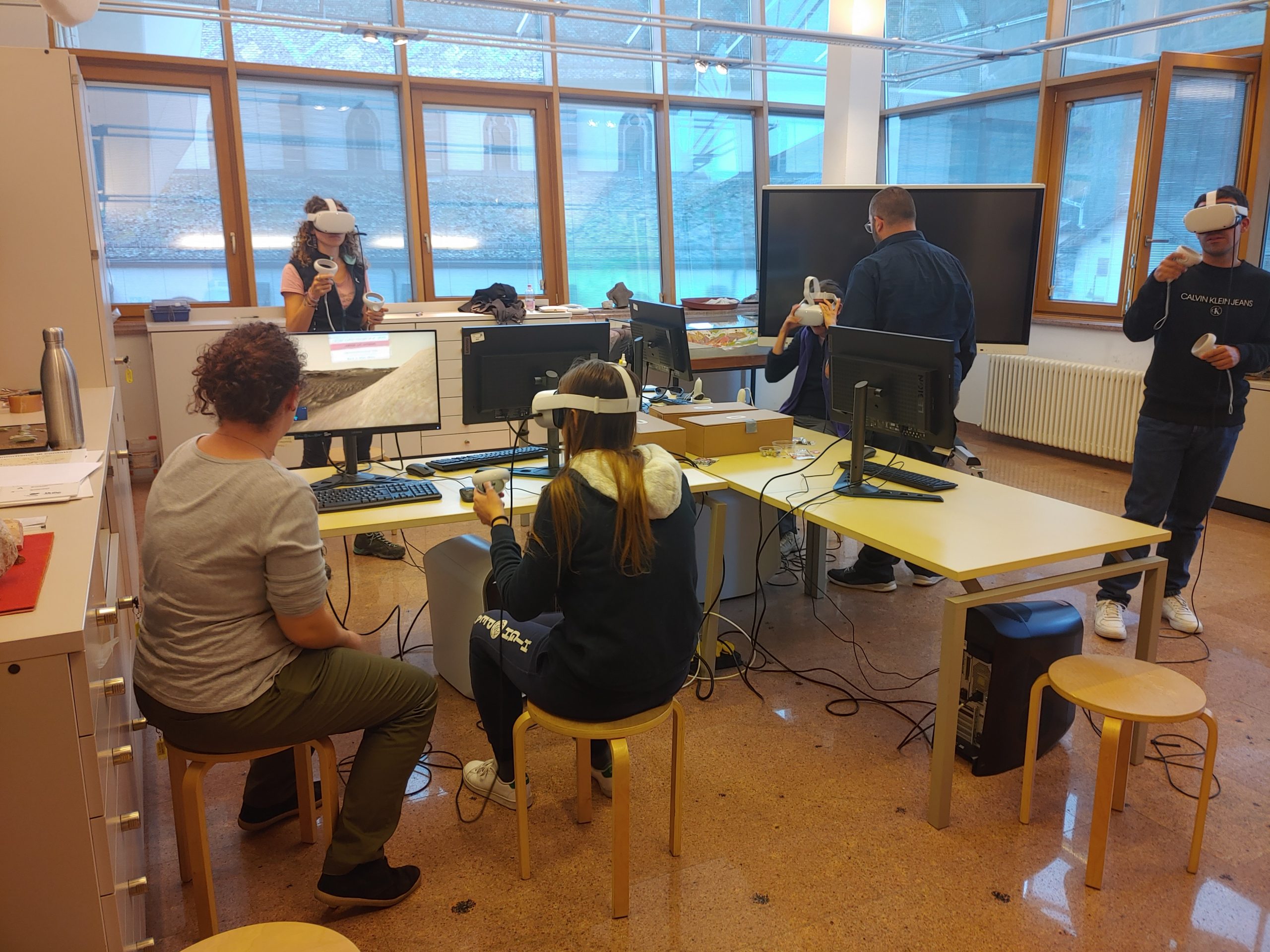 The Dolomites as a training
ground for going to the moon

“The Dolomites UNESCO World Heritage Site is essential for all disciplines of the Earth Sciences and constitutes an extraordinary laboratory both for the most topical issues on earth, such as the climate crisis, and in even broader areas of research, such as planetary geology”, concludes Riccardo Tomasoni.

After all, the Dolomites serve not only as an open-air geology book, but also a paradigm for understanding the geological evolution of planets, “particularly that of Mars, but also of other planets”, adds Prof. Massironi. It is also for this reason that the Dolomites, and in particular the Bletterbach gorge, are among the stop-offs of Pangea, the geological training programme for ESA astronauts (and, in the last two editions, those of NASA as well) of which Prof. Massironi is the coordinator and scientific officer. Pangea is a course on geological field techniques that will be useful when astronauts return to the Moon (soon) or when they eventually land on Mars. The training includes various activities in the Bletterbach Gorge, the Nördlingen crater (in western Bavaria), the volcanic sequences of Lanzarote and the Lofoten Islands in Norway, all of which have geological environments similar to those of the Lunar Highlands.