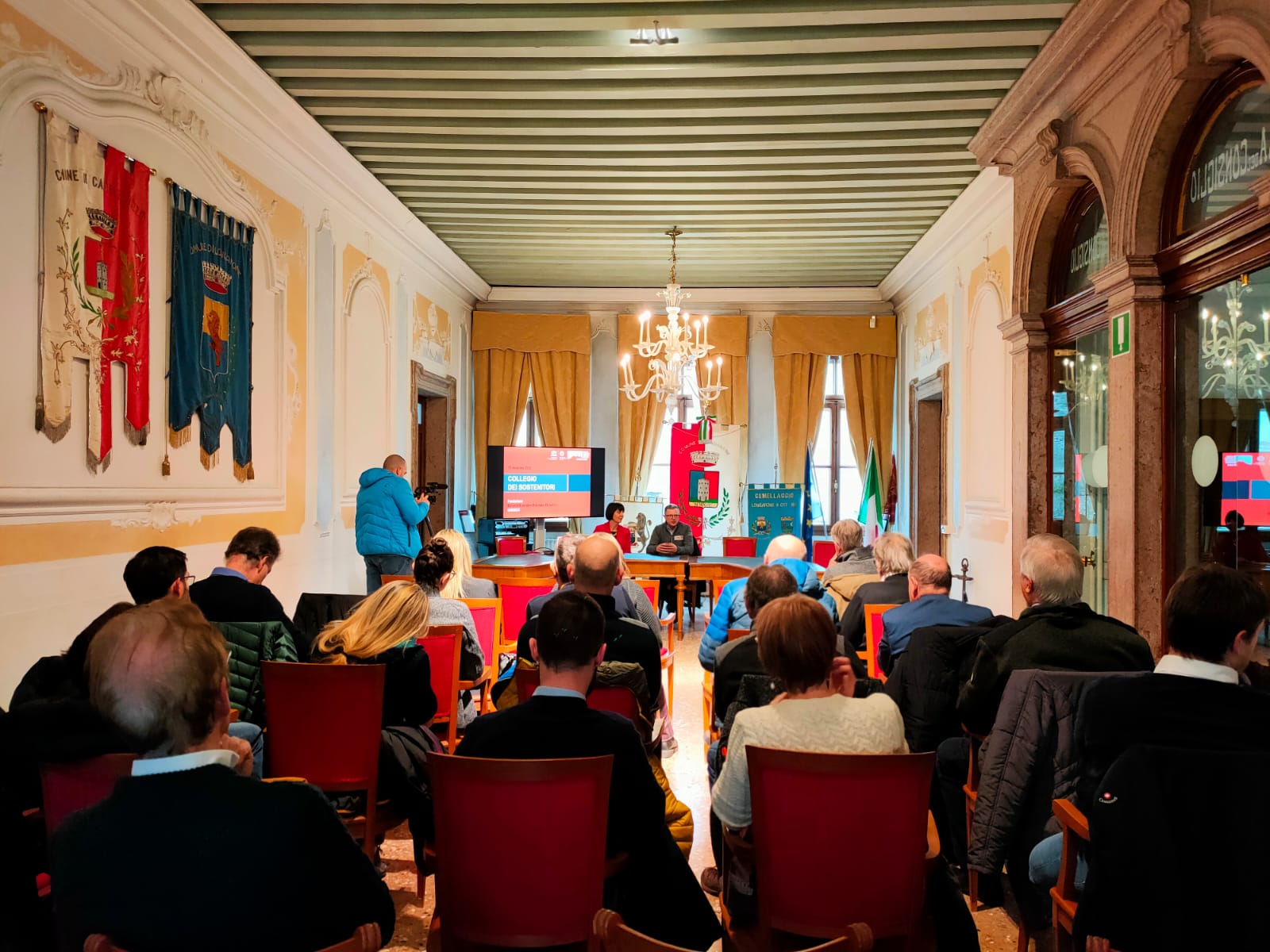 On 21 December the Committee of the Supporters of the UNESCO Dolomites Foundation met in Longarone (Belluno). This statutory body brings together local organisations, associations and individual citizens who decide to support the Foundation’s activities through their work and financial contributions. The meeting was an opportunity to give a financial report on the activities carried out in the context of the planning cycle that just ended, and to begin to work together to plan the schedule for the next five years.

Work still to be done

Present at the meeting in Longarone was the new president of the UNESCO Dolomites Foundation, assessor of the Friuli Venezia Giulia Autonomous Region, Stefano Zannier. He thanked supporters for their vital contributions, both material and moral: identifying with World Heritage values and becoming ambassadors for them is an indispensable prerequisite for building the future of the Dolomites and the wide valleys that connect them.

“Protecting and appreciating UNESCO heritage, in which the Dolomites Foundation is the main player, is an act that must be strongly pursued and shared on the ground, knowing that planning projects can produce benefits that extend beyond the area in which they are carried out. What is just as important, and undeniable, is finding the right balance between the sustainability of the actions undertaken in the different areas and the relative widespread participation of all interested parties, in order to reap the greatest benefits.”

Red marks on the map

The words of the President and those of the director of the UNESCO Dolomites Foundation, Mara Nemela, gave some hints about the plans for activities over the next five years, supported by the Fund for Neighbouring Districts: they are the red marks, the paths to follow together in the near future.

The UNESCO Dolomites Foundation will aim to position itself increasingly as a working group for all those involved in different ways in UNESCO recognition, including to facilitate initiatives at the international level that focus on protecting the Site and the benefit those who live in it can take from it. Increased awareness through the planned initiatives can only be of benefit in all local contexts, not only those directly involved in the individual actions.

UNESCO recognition is still too often interpreted as a trademark for communication and promotion, but it is above all an extraordinary opportunity to share common and strategic projects in order to protect, strengthen and disseminate the values that determined it. It all begins, as it always does, from the bottom, from formal and informal networks like the one represented by the supporters.

The UNESCO Dolomites Foundation’s director, Mara Nemela, had the task of reminding those present of the work still to be done and the achievements over the last few years: from creating and promoting the Dolomites World Heritage Geotrail to monitoring visitor flows in some very busy sites, from campaigns promoting responsible tourism like #mountainhutlife to cultural events like the High-Altitude Encounters of Another Kind, from creating educational tools and training opportunities for schools to prizes for graduate theses, from training teachers, administrators, hospitality staff and alpine guides, to continuing the intensive work carried out with the networks of mountain hut managers and quality producers.

Plus the network of Museums of the Dolomites, the work on inclusion with the Accessible Dolomites and GATE projects, ongoing collaboration with the IUCN (International Union for the Conservation of Nature) and the Alpine Clubs of the Dolomite Region, right down to the constant commitment to spreading the values of Heritage, including through the most popular social networks, the Noi Dolomiti UNESCO videos and participation in the major cultural events in the area with the “UNESCO Dolomites Special Prizes”.