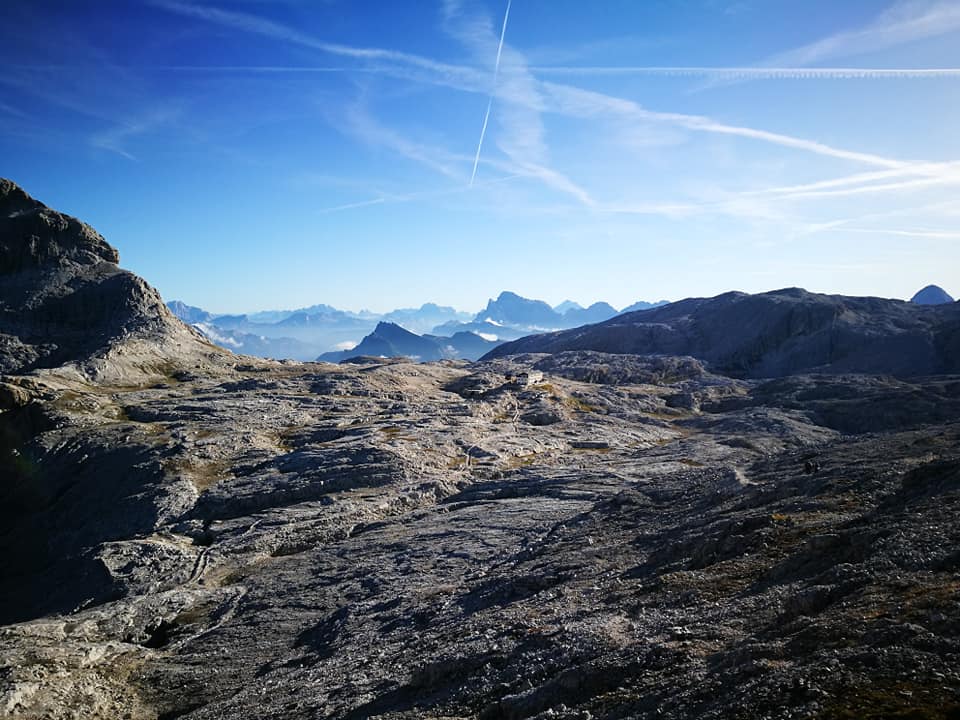 Teachers but also Italian Alpine Club (CAI) trainers, guides and specialists from the local authorities. In short, anyone who needs to familiarise themselves with the landscape and geological significance of the World Heritage site, not only for their own benefit but also because they need to pass this knowledge on to others, be they students, hikers or citizens of their own community. The interdisciplinary Geography course organised by the UNESCO Dolomites Foundation and the Giovanni Angelini Foundation is back again this year.

On the “Pale di San Martino”

From 9 to 11 July, the participants will take part in a series of theoretical lessons at the “Follador-De Rossi” high school in Agordo, but as early as the second day, backpacks at the ready, they will tackle the ascent from Val di Gares to the Rosetta mountain hut. After spending the night in the mountain hut, they will all cross the plateau of the Pale and descend to the San Lucano Valley. This complex programme has been made possible thanks to the collaboration of the CAI in Agordo, the Paneveggio-Pale di San Martino Natural Park and the municipalities of Agordo and Taibon Agordino. The route is particularly interesting because it crosses the highest and most extensive rocky plateau of the Dolomites, at the foot of the highest cliff (Nord dell’Agnér), along a particularly deep, narrow glacial valley (the superb San Lucano Valley) with the most famous onlap of volcanic rocks known to date on the face of the escarpment (Cima Pape, Pale di S. Lucano). These are all aspects that will be discussed by the speakers, some of whom will accompany the group during the two-day excursion: Danilo Giordano, Geologist and Teacher at Follador High School; Benedetta Castiglioni, Professor of Geography at the University of Padua, G. Angelini Science Foundation; Cesare Lasen, Geobotanist, Scientific Committee of the UNESCO Dolomites Foundation; Davide Pettenella, Professor of Forestry Policy and Economics, University of Padua, G. Angelini Science Foundation; Giovanni Baccolo, Research Fellow at the University of Milan Bicocca; Vittorio Ducoli, Director of the Paneveggio-Pale di San Martino Natural Park; Ester Cason, Head of “Oronimi Bellunesi” G. Angelini Foundation.

A travelling course, in every sense

This is a travelling course in at least two ways: first, the course changes location every year. Each year focuses on the geological, geomorphological, anthropological and landscape aspects of one of the nine “systems” that make up the World Heritage Site (this year it’s System 3). Second, the course also involves walking (quite a bit this year!) in order to combine theoretical knowledge with real-life contact with the unique environment that is the Dolomites.