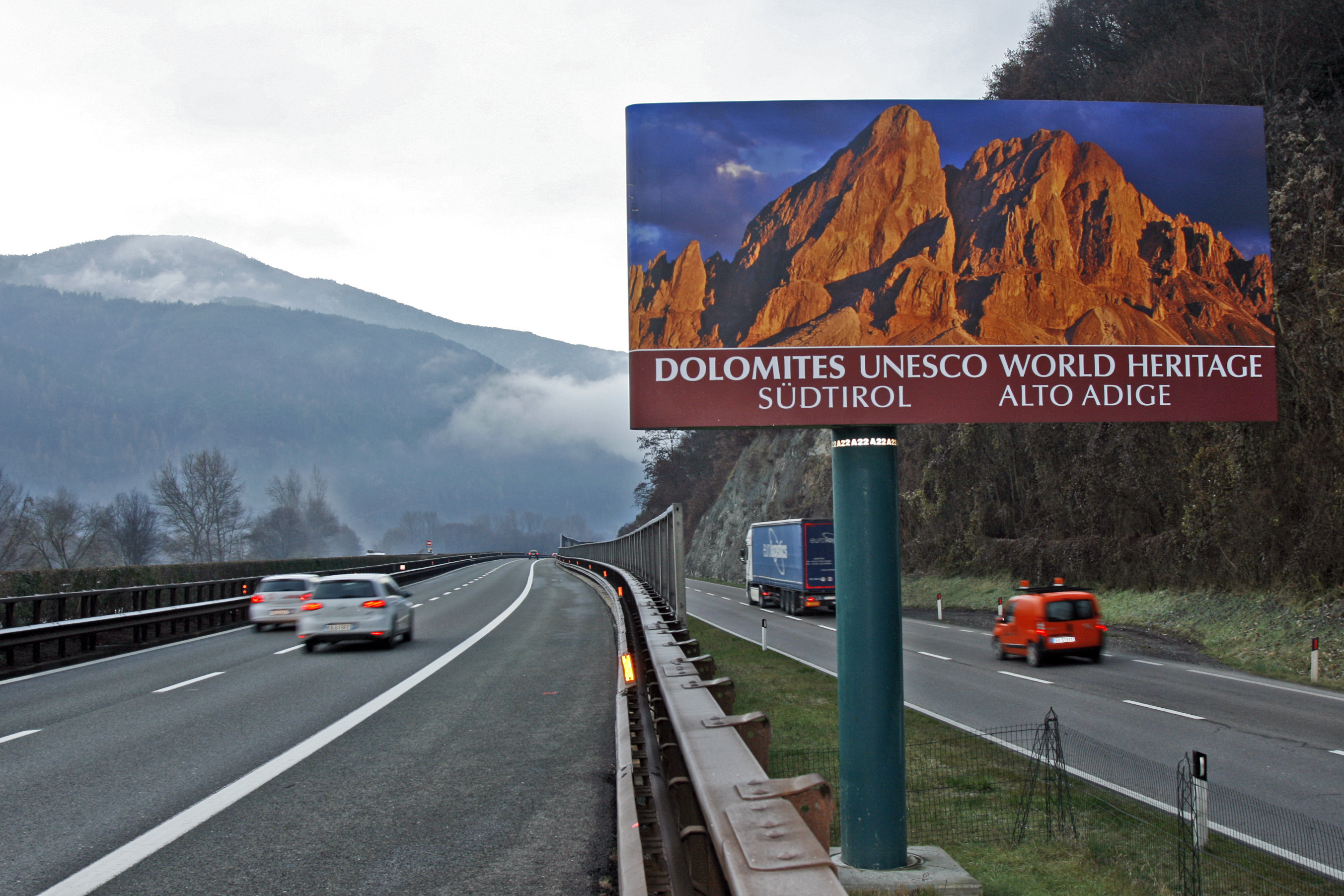 Trentino and Alto Adige team up

to promote the beautiful UNESCO Dolomites on the A22

The Autonomous Provinces of Trento and Bolzano have reached an agreement with the A22 highway authority to promote the UNESCO Dolomites. The agreement defines the partnership between the two autonomous provinces and the authority that will see a number of initiatives organised along the Brennero motorway. The project “Autostrada del Brennero ama le Dolomiti (The Brennero Motorway loves the Dolomites)” includes producing a series of promotional videos on the Dolomites which will be shown at service stations, creating new installations at the Plessi Museum at the Brennero Pass and placing promotional panels in picnic areas along the motorway.

A working group will be in charge of organising the new multimedia installations at the Plessi Museum. The A22 organisation – in conjunction with Trento and Bolzano local authorities – will define the guidelines to promote the Dolomites at service stations, placing promotional panels there and in picnic areas along the motorway.

This important campaign will help convey the collective identity of the UNESCO Dolomites Property and raise awareness of its universal values: the beauty of the landscape and the importance of its geology for the history of the Earth. The two criteria which were instrumental in obtaining this prestigious global recognition.