News | The little reptile that defied an archipelago 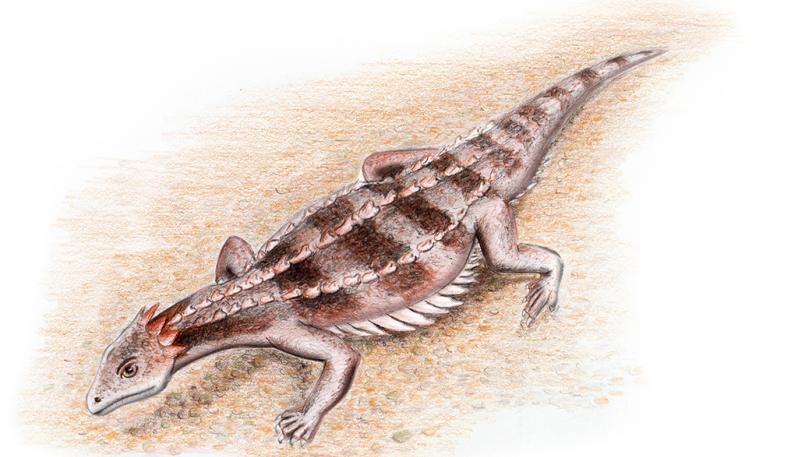 It was a terrestrial reptile. That makes it interesting to start with, because it lived at a time when sea levels were at their highest, some 245 million years ago. We are talking about one of the many surprising fossil discoveries in the Dolomites: part of the fossilised skeleton of a Eusaurophargis dalsassoi, found on the Piz da Peres in the Braies Dolomites. This small, squat reptile would have grown to fifty centimetres in its adult form. But even this partial skeleton of a juvenile specimen has an interesting story to tell.

The fossil was discovered a few years ago and has now been carefully studied by a group of scholars, led by Silvio Renesto of the University of Insubria (Varese), and including Evelyn Kustatscher of the Museum of Natural Sciences of South Tyrol, and Piero Gianolla from the Department of Physics and Earth Sciences of the University of Ferrara. The results of their findings were published in RIPS (the Italian Journal of Paleontology and Stratigraphy). The article points to the fact that most of our previous knowledge about this species has relied on the examples found on Monte San Giorgio (in the southern part of the canton of Ticino, near the border with the province of Varese), near Davos, and in the Netherlands.

How did it get here?

The different locations of the findings are a particular focus of interest. We asked Prof. Piero Gianolla, who also acts as scientific consultant to the UNESCO Dolomites Foundation, to explain the reason for this: “We are talking about a terrestrial reptile, and this in itself makes the discovery somewhat unexpected, given that at the time of maximum sea levels the islands were all very far apart. However, we know that floods could cause trees to be washed out to sea, carrying with them a certain number of reptiles; it is therefore possible that one in a thousand of these could land on another island. It is equally possible, however, that these movements took place overland.” As Prof. Renesto points out, the research has shown a remarkable similarity between the creatures that lived around the Italian-Swiss basins and those on the small islands in the Dolomite region. It is also the first discovery of a terrestrial reptile in the Livinallongo formation, and further proof of the exceptional value of the Dolomites: in this case, advancing research into life forms that existed on Earth hundreds of millions of years ago.