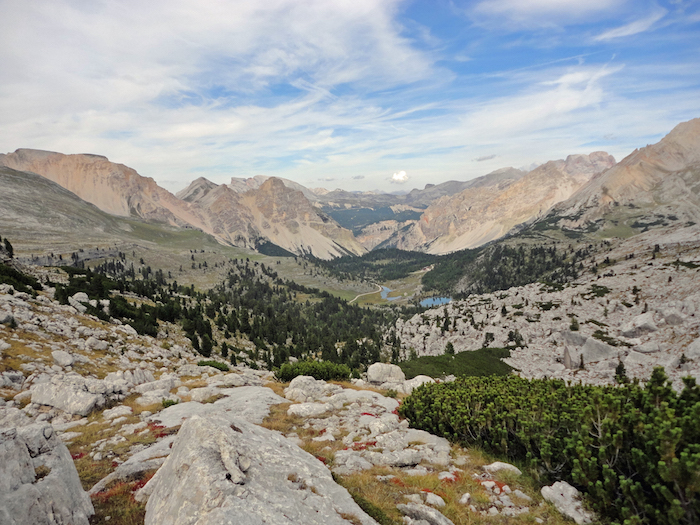 The UNESCO Dolomites Foundation will be staging numerous events at EXPO2015 to promote to the whole world the beauty of the mountain landscape and the geological treasure trove within the Dolomites, listed a World Heritage Site in 2009.

On 11 June the Foundation took part in a conference marking the end of the Mountain Week organised by the Italian Ministry of the Environment and for the Protection of the Land and Sea as part of the Alpine Convention.

During the six months in which EXPO is on, the Foundation will be offering visitors the chance to take a virtual walk along the Dolomite trails. From July to October the routes mapped out on Google Street View using the Google Trekker Loan Program will be available for consultation on a console, Dolomiti Google Special Collects, on the stands of the Autonomous Region of Friuli Venezia Giulia, the Autonomous Province of Trento, the Autonomous Province of Bolzano and the Veneto Region.

The 22 August will mark the UNESCO Dolomites Day organised at the Intesa SanPaolo pavilion. The schedule for that day includes a showing of the six episodes of the documentary Dolomiti. Montagne, Uomini, Storie (The Dolomites. Mountains, People and their Stories) and in the evening there will be a musical event preceded by a brief presentation of the Foundation to the public visiting EXPO 2015.

The 14 October will see the Foundation taking part in the initiative Montagna Alpi organised by the Veneto Region and the Autonomous Province of Trento.

And that’s not all – away from EXPO, the Foundation has been on show at Villa Burba in Rho, with the sponsored exhibition Pastori dell’alpe. 100 storie, 100 volti per nutrire il Pianeta (Shepherds of the alp. 100 stories, 100 ways of feeding the planet), part of Expo in Città, on from 8 May to 8 June, and with the exhibition “Beyond Food Sustainability” put on by the Venice Regional UNESCO Office together with the Parco Nazionale delle Dolomiti Bellunesi.