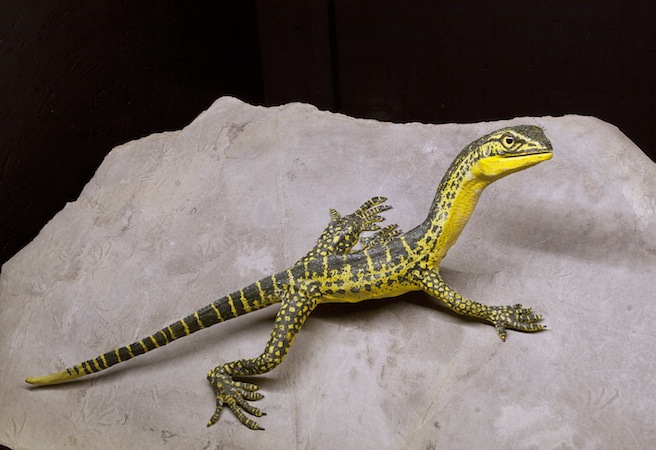 The travelling exhibition “DinoMiti – dinosaurs and fossil reptiles of the Dolomites” has just one more month to go, until 31 March, at the Tre Cime Visitor Centre in Dobbiaco.

The exhibition is a voyage through the history of the Dolomite region told through the major fossil remains recovered there. Priceless exhibits and accurate reconstructions trace the evolving history of these reptiles from the first traces to the disappearance of the dinosaurs.

“DinoMITI – rettili fossili e dinosauri nelle Dolomiti” is a travelling exhibition which has already been on display in Predazzo (TN), Cortina d’Ampezzo (BL), Selva di Cadore (BL), Sacile (PN) and Dobbiaco (BZ). From 2 May to 31 October 2015 it will be hosted by the Visitor Centre at the Parco Fanes – Senes – Braies in San Vigilio di Marebbe (BZ), and after that at the Visitor Centre of the Val di Funes parks from December 2015 to March 2016.