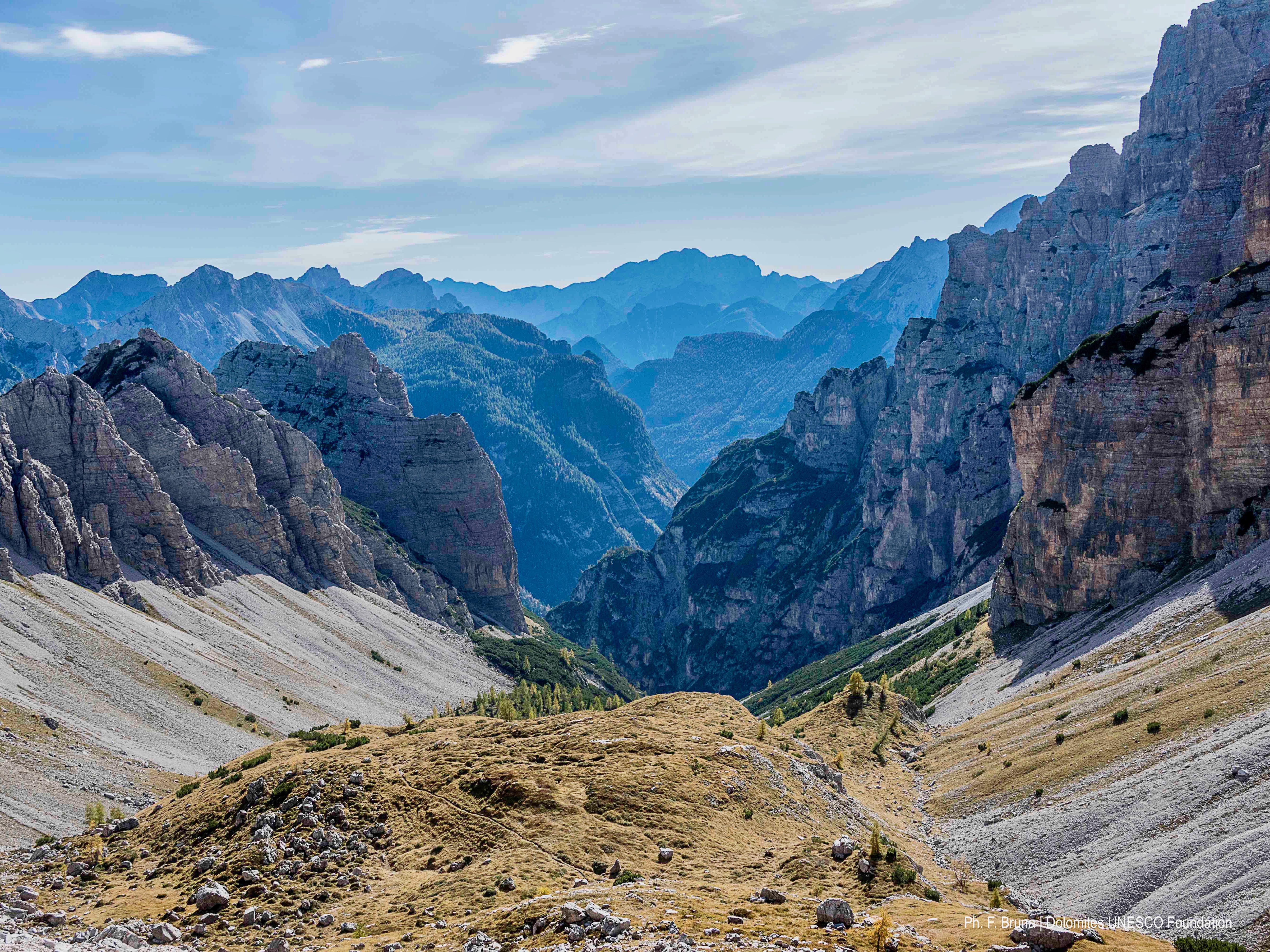 A new edition of the “Pordenonelegge – book festival with the authors” was held in Pordenone in September. During the event, a special UNESCO Dolomites Award is presented to writers who have distinguished themselves in the way they describe the Dolomites, but also, more generally, the values related to UNESCO recognition. The award went to Matteo Righetto this year. The “Leggimontagna” festival took place in Tolmezzo in October, during which the Foundation awarded the special UNESCO Dolomites prize to “Breve Storia delle Alpi tra Clima e Meteorologia” (A Brief History of the Alps in Climate and Weather) by Alex Cittadella, (published by the Italian Alpine Club/Franco Angeli).

Matteo Righetto lives between Padua and Colle Santa Lucia (Belluno), and the mountains are much more than just a background in his novels. In March, Mondadori published “La Terra Promessa” (The Promised Land), the final book in his “Trilogia della Patria” (Homeland Trilogy): an international success that has been translated and sold in the United States, Great Britain, Canada, Australia, Germany and Holland. After the first two volumes (“The Soul of the Border”, 2017 and “The Last Homeland”, 2018), “The Promised Land” marks the end of the De Boer family saga, which began in 1800 around the Asiago Plateau and the Brenta Valley. This last part involves a journey to America, with the sea taking the place of the rugged mountains and forests that featured in the first two novels. However, all of Righetto’s work is informed by man’s challenging relationship with the mountains, and by the sublime nature of the alpine landscape. This is why the UNESCO Dolomites Foundation decided to award the author a special prize for his entire literary output. 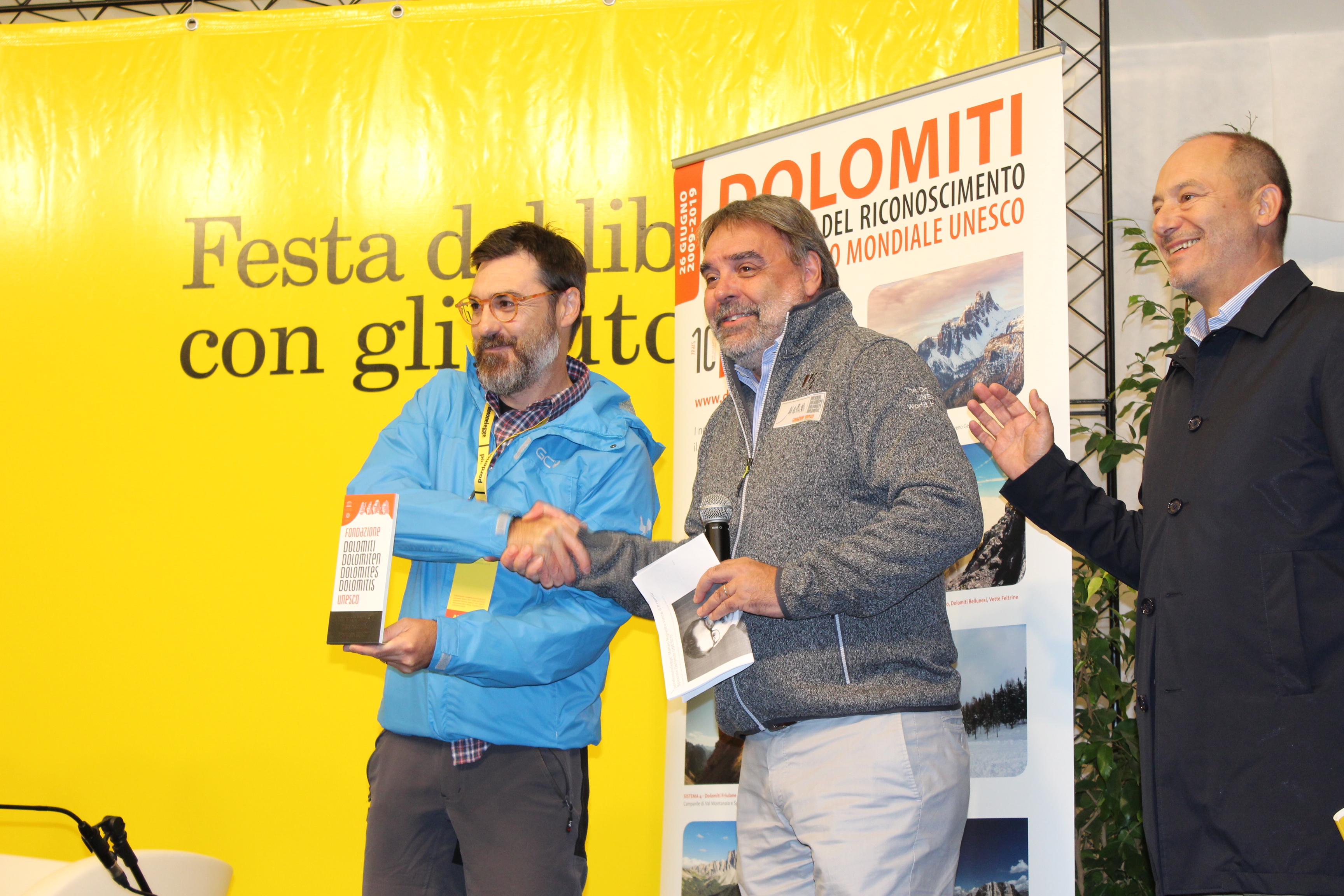 “This award has particular value in terms of my story”

The UNESCO Dolomites Special Award was presented to Matteo Righetto on 22 September, during a meeting also attended by the Italian writer Mauro Corona. He worked with Righetto to produce “Il Passo del Vento – Sillabario Alpino” (The Passage of the Wind – an Alpine Syllabary), a collection published by Mondadori in which the two authors recounted their personal experience of the mountains in short stories. When he first received news of the award, Righetto wrote the following comment on his Facebook profile: “Receiving an international award is always very gratifying, but winning the UNESCO Dolomites Special Award is a unique source of satisfaction for me, which I would like to share with all my readers. This award has a very special value, both in terms of my personal story and for my writing… That is why I am so very happy today.” 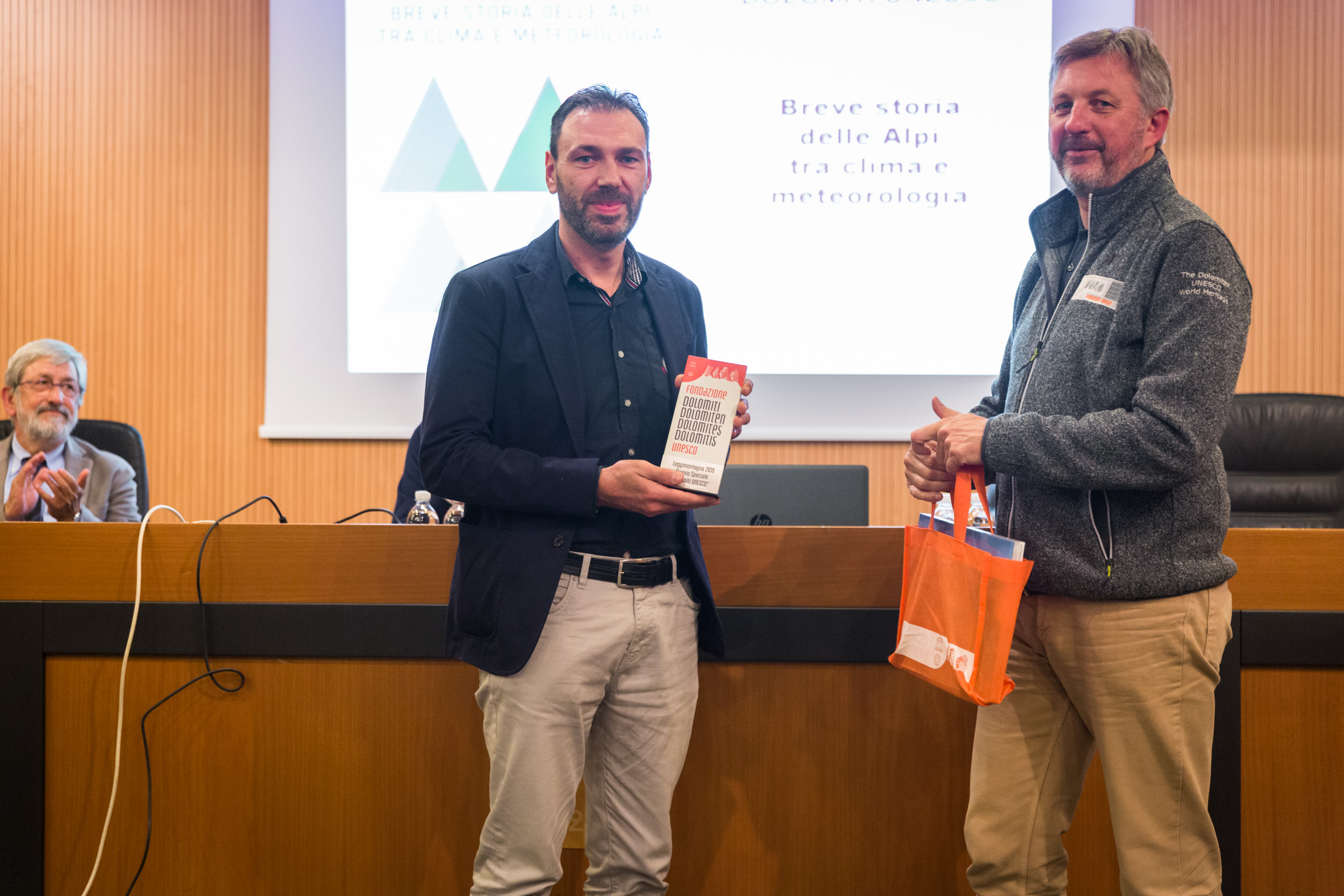 Alex Cittadella was selected for a UNESCO Dolomites special prize for his “Breve Storia delle Alpi tra Clima e Meteorologia” (published by the Italian Alpine Club/Franco Angeli). The prize is awarded every year during the “Leggimontagna” book festival in Tolmezzo. The jury gave the following reasons for their choice: “We now have increasing evidence of the fact that the history of the Alps and the Alpine people is closely allied to changes in climate and weather patterns over the course of time. This book by Alex Cittadella aims to present us with a wide-ranging picture of the way that settlements, societies and customs have changed in an area that managed to maintain its distinctive cultural features for many centuries, using them to underpin every social, ethical and artistic construct. The author’s humanistic approach led him to consider aspects that are often overlooked, such as the pictorial element, and to focus particular attention on the Eastern Alps, which are often more neglected than the Western ones.”