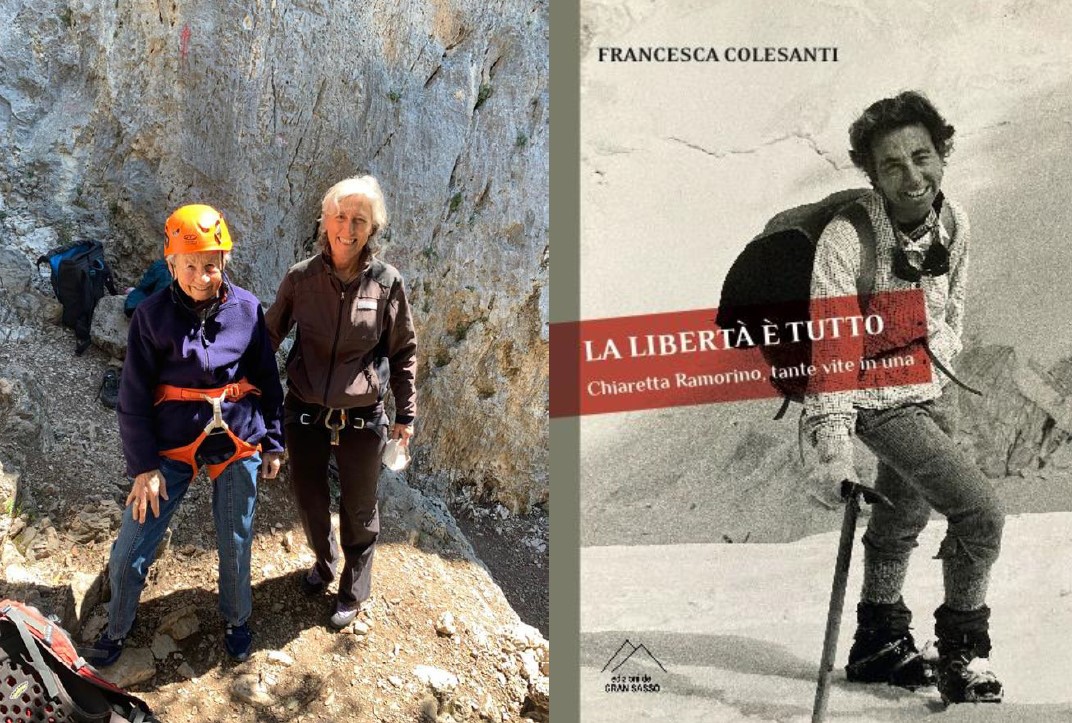 Foreign journalist and CAI mountaineering instructor Francesca Colesanti is a friend and student of Chiaretta Ramorino whose “many lives” she related in “La Libertà è tutto” (Freedom is everything), her first book published by Gran Sasso Editions and winner of the UNESCO Dolomites Special Award presented at the last edition of Pordenonelegge.

The UNESCO Dolomites Foundation has chosen a particularly significant event in each of the Dolomites provinces for presenting a special award to people whose work has succeeded in interpreting the values that led to the Dolomites being included in the World Heritage list. “Pordenonelegge” is one of these events, and the special award was presented to Francesca Colesanti at a ceremony that took place in September. The award recognises the importance of the mountains as an amazing discovery and metaphor for a life spent in search of something even more precious in the work and life of Chiara Ramorino: “This is the story of a discovery. Francesca Colesanti, journalist and mountaineer, meets the protagonist of this book, Chiara Ramorino, known to everyone as Chiaretta. The discovery, of course, is Chiaretta, this incredible ninety-year-old woman who welcomes a kaleidoscope of interests, encounters, stories and truly unimaginable adventures into her life. A prominent scientific researcher blessed with a talent for sport, Chiaretta has lived many lives in one (and one more interesting than the next)”.

On 13 April, Maria Chiara Ramorino, known to everyone as ‘Chiaretta’, reached the age of 90, which seems a short time to have included the infinite number of cultural, sporting, and of course, mountaineering experiences that she has under her belt. She has been a mountaineer and instructor at the CAI’s Paolo Consiglio mountaineering school in Rome, a champion in tennis, basketball and orienteering as well as a physics researcher and member of three expeditions to Antarctica, where a glacier now bears her name. “All I’ve ever wanted was to be able to follow my interests”, sums up Chiaretta Ramorino, “in one word: freedom. I have always wanted that, and I’ve been fortunate enough to have had it.”