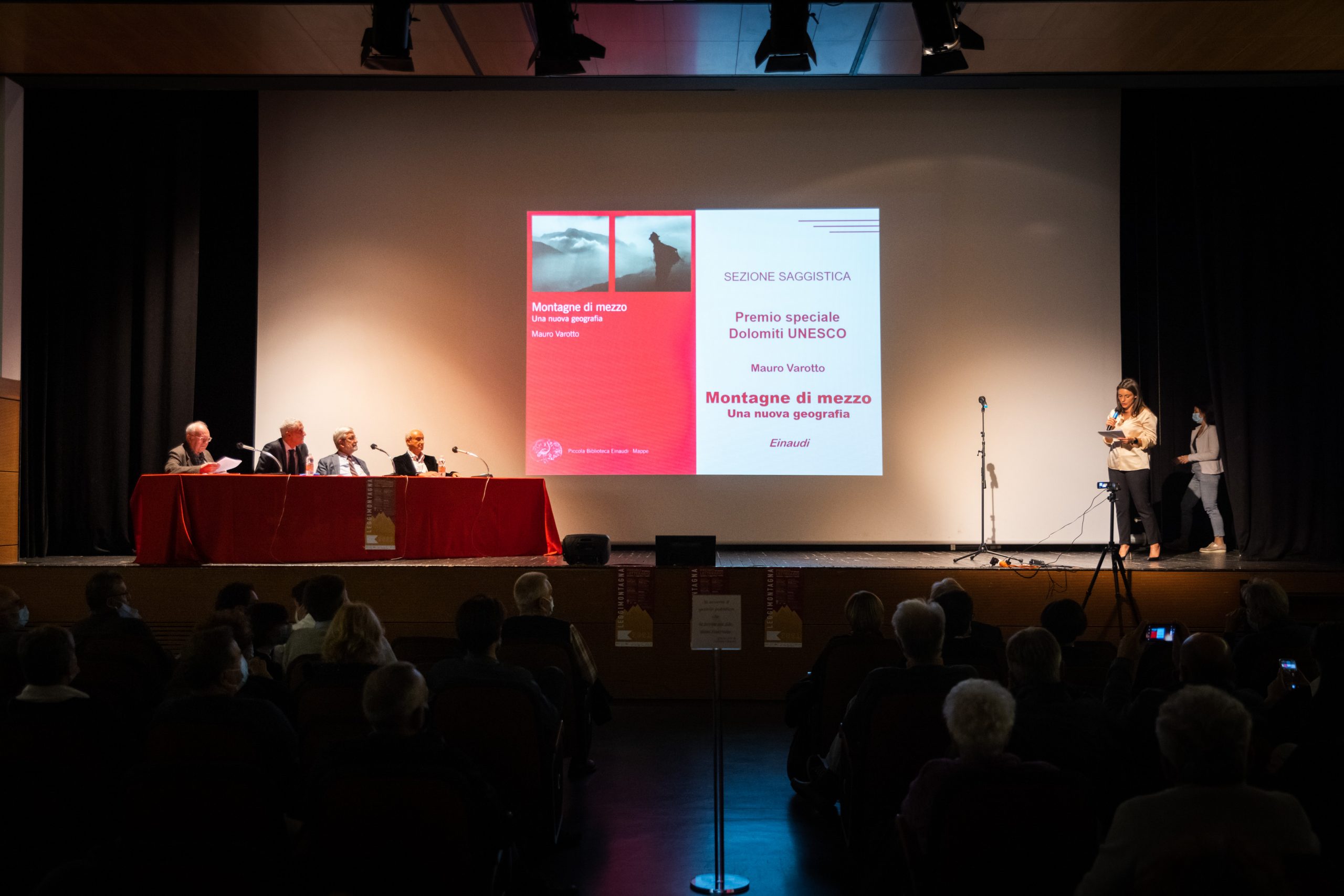 Professor of Geography and Cultural Geography at the University of Padua and coordinator of the Highlands Group within the Italian Alpine Club’s Scientific Committee, Prof. Mauro Varotto was presented with an award in Tolmezzo on the final day of the “Leggimontagna” literary event for his book, “Montagne di mezzo. Una nuova geografia” [Intermediate Mountains. A new Geography], published by Piccola Biblioteca Einaudi.

The mountain that is not a mountain

There are mountains that are celebrated, photographed and consumed. And then, there are mountains that connect the valley floor to the higher peaks and often end up not even being called mountains purely for reasons of elevation. Prof. Varotto has chosen to redeem these with the designation, “intermediate mountains” with the term “intermediate” also indicating its role as “intermediary” between anthropogenic presence and the environment. The “mountain that is not a mountain” such as that of Valstagna, which the author uses as an example in the introduction, is “in-between, angular, diagonal, morphologically squeezed between the valley floor and the plateau, an interstitial mountain between two treasures: on the horizon, the industrious Venetian plain and the Po Valley megalopolis, at the top, the celebrated Asiago plateau, and further north the Dolomites, the UNESCO World Heritage mountains emblazoned on the world tourism circuit. Although the rock here is also dolomitic, it is not immortalised in postcards or celebrated for its rosy hue at sunset…”.

While the past century has created a rift between depopulation, marginality and the absence of services for the mountain populations on the one hand and “touristic recreation” on the other, Mauro Varotto’s book proposes a rethinking of this schism and a departure from the pattern. This can be achieved through the work of people who are returning to the “highlands”, but within a framework that needs to be rethought, with a focus on emancipation from urban paradigms and a refusal, for example, to reduce mountains to a sort of sustainability label for products that are not really of the mountains.

“Leggimontagna” is one of several literary events chosen by the UNESCO Dolomites Foundation for presenting a Special Award to people whose work has contributed to an understanding of the values that led to the Dolomites being included in the World Heritage list.