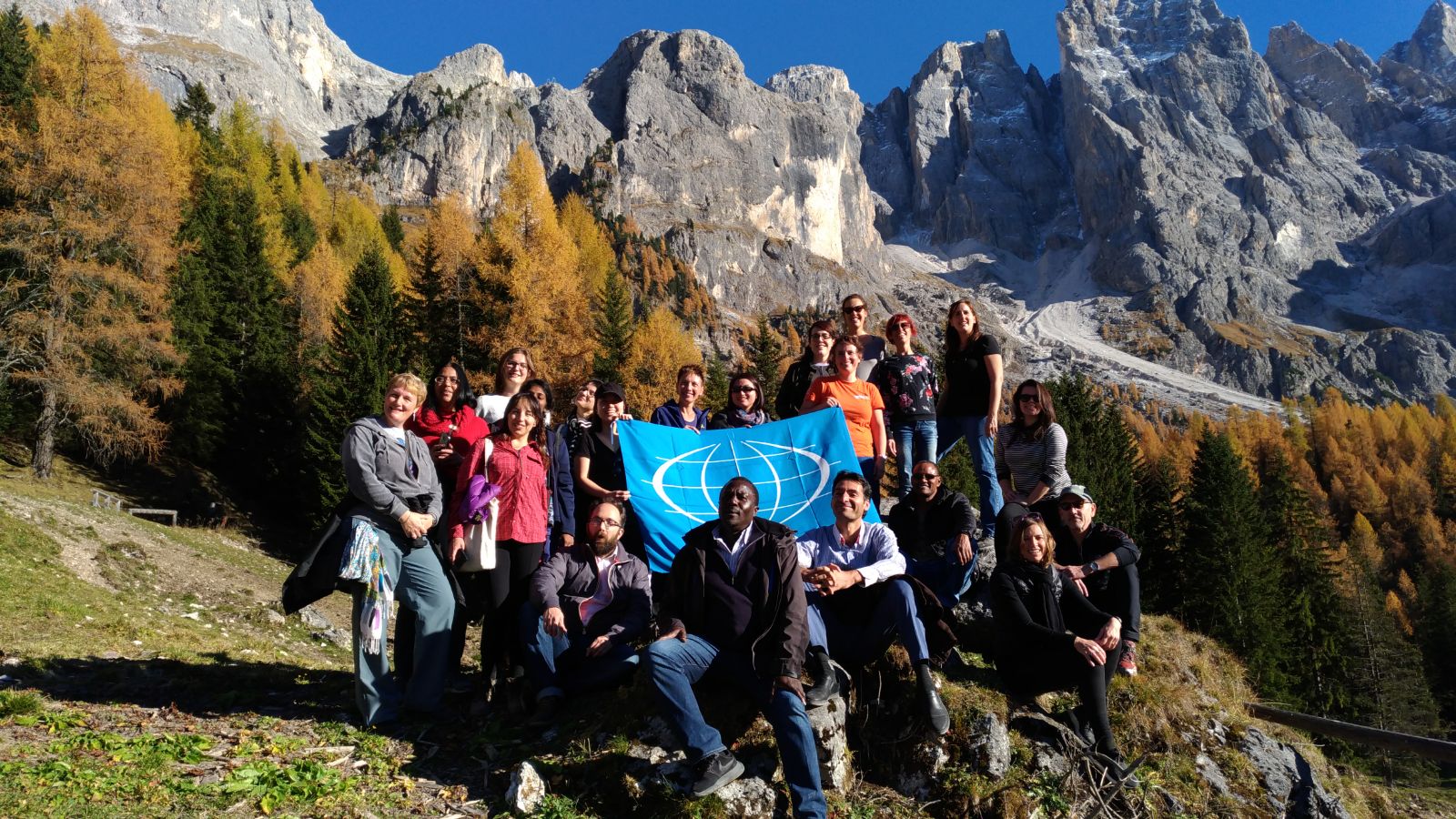 They came from Iran, Zambia, Mexico, China, India, Romania, Finland and the United States. To name but a few. Twenty-two managers of UNESCO sites from twenty-one countries met in the Dolomites from 16 to 20 October. Over the four days, they learnt about, shared and discussed the best strategies for realising their common goal: to get communities more involved in the management of Properties recognised as World Heritage Sites

“UNESCO sites are nothing without their communities” stressed the Director of the UNESCO Dolomites Foundation, Marcella Morandini, speaking at Trento provincial administrative headquarters after the Foundation’s Vice President Mauro Gilmozzi had welcomed those present. “When UNESCO designated the Dolomites a World Heritage Site,” stated the Vice President, “it was the first time it had recognised a site where unspoiled nature lives alongside man who has shaped its landscape”.

The course gave UNESCO site managers the chance to see the beautiful landscapes and the natural and geological features of the Paneveggio Pale di San Martino Natural Park with their own eyes. They gained first-hand experience of part of the vast and complex mosaic of the nine Dolomite Systems which make up the Property, a situation whose complexity is compounded by the extraordinary cultural, historical and linguistic wealth of the people who live there. Reinforcing the relationship between nature and culture was the purpose of the course “Promoting People-Centred Approaches to Conservation” which took the managers of the UNESCO sites to Rome and Herculaneum. The course was organised by the International Centre for the Study of the Preservation and Restoration of Cultural Property (ICCROM) with the collaboration of the International Union for Conservation of Nature (IUCN) and the Norwegian Ministry of Climate and Environment, with the support of the federal office of the International Council on Monuments and Sites (ICOMOS) and the UNESCO World Heritage Centre.

The meeting gave the representatives, who come from such diverse backgrounds, the chance to debate an issue that is common to them all and possibly the most important one of all: how to involve the communities of World Heritage Sites in the property’s management strategies. In other words, how to foster a feeling of responsibility towards conservation while developing operational policies that can lead to a better quality of life in the here and now and even increase employment levels. How to find the right balance between landscape and community, nature and culture, land and economy, drawing on past experience, addressing the needs of the present and the answers that will secure a future for our UNESCO Sites.

THE DOLOMITES – A MODEL

The meeting was yet another opportunity for the UNESCO Dolomites Foundation to endorse its status as an open platform, ready and willing to engage with other territories. The model used to manage the nine Systems in the Dolomites Property was illustrated to those present in all its potential. Romano Masè and Fabio Scalet, General Managers of the Autonomous Province of Trento, also took an active part in the meeting, speaking about some of the technical and legal aspects involved in the management of the UNESCO site and the protected areas in the province where the meeting was held. Ugo Morelli, chairman of the Scientific Committee of the postgraduate “World Natural Heritage Management” course and coordinator of the Education and Scientific Research Network of the UNESCO Dolomites Foundation, and Gabriella De Fino, head of the UNESCO Area at the Trentino School of Management and coordinator of the postgraduate course and the Foundation’s Education and Scientific Research Network, described the aims of the course and the network to participants. The last day was dedicated to the candidacy of Mount Baldo, illustrated in detail by Giuliana Cristoforetti from the Department of Institutional and Legislative Affairs and Alessio Bertolli from the Museum of Rovereto. “The climate of the largest freshwater lake in Italy has led to the development of such an exceptional natural environment that we have decided to submit the candidacy of Mount Baldo as a natural and cultural Property together” confirmed Mr Gilmozzi.