News | At School on the Paths 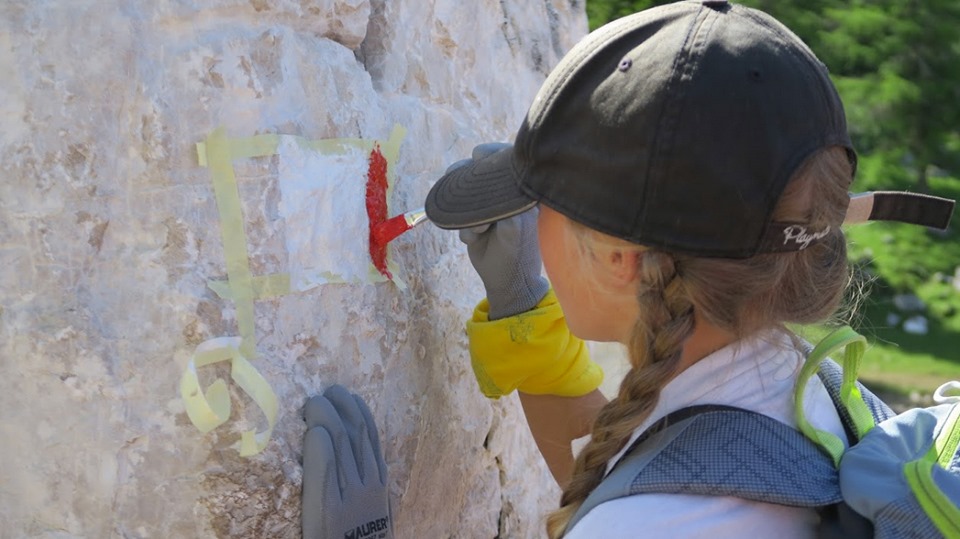 At School on the Paths

Work-related learning: programmes that class two secondary school students are required to undertake, to familiarise them with the world of work and the way it relates to their studies. So, why not include direct experience of their local area? This was the question put by CAI Veneto, SAT – Società Alpinisti Tridentini and the CAI sections of Agordo, Belluno, Treviso and Cimolais, and it led them to launch the “At School on the Paths” project, supported by the UNESCO Dolomites Foundation.

It involves a series of courses that answer the need to put young people directly to the test in relation to environmental sustainability and the values of the mountain landscape. This heritage is encountered first of all in education and then experienced through the activity of restoring and maintaining the CAI paths. Over fifty students will be involved during the school year and in the summer months. 35 participants from class three of the “M. Planck ” High School of Applied Sciences in Lancenigo (Treviso) will restore and maintain some CAI trails in the Agordo area (Belluno); while 15-20 students from the “Leonardo Da Vinci” Scientific High School will mark out the first section of the “Troi dei Cavatori” path, near the Cava Buscada mountain hut in Val Zemola.

Involving young people in pathway maintenance is one of the most successful recent initiatives by the alpine associations in the Dolomites. Last June, the collaboration between the UNESCO Dolomites Foundation, SAT, and the Alpine Clubs of Veneto, Friuli Venezia Giulia and South Tyrol, brought dozens of young people out onto the paths around Mount Pelmo. The youngsters learned not just how to manage the paths (with the hope that they will later work as volunteers), but also acquired a deeper sense of belonging to their territory.

Last summer, 600 AGESCI Scouts made a major contribution towards restoring the paths damaged by Storm Vaia, thanks to the “Paths for Tomorrow” project instituted in collaboration with CAI Veneto. The wealth of experience now acquired has also led to closer links with the world of school.

The first phase of the project is educational and informative, and will involve the UNESCO Dolomites Foundation, the Dolomiti Bellunesi National Park, the Dolomiti Friulane Natural Park and CAI Veneto.

In the second phase, the youngsters can enjoy the experience of sleeping in a mountain hut. They will work on the paths together with maintenance experts, improving the walking surface, creating rainwater channels and deflectors, putting painted symbols on rocks and trees and fixing vertical signs. This stage will also include various activities related to the many natural, environmental, historical and cultural aspects of the mountains, organised with help from the Scientific Committee of Friuli Venezia Giulia and the staff of the parks.