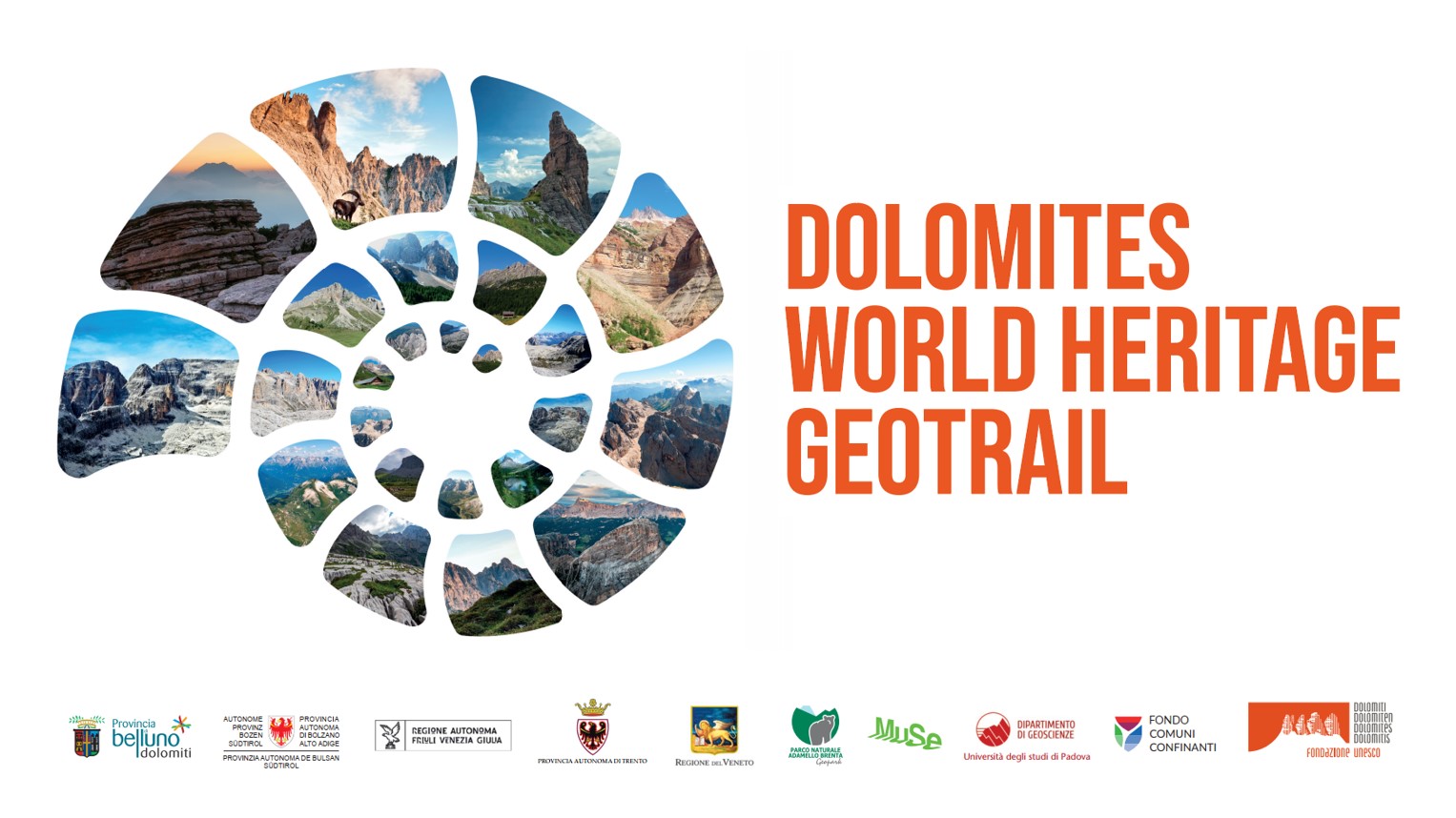 The unique geology of these mountains, which is the main reason for their having been recognised by UNESCO, is the trek’s common thread that, simply put, gives visitors an appreciation of their significance and awe-inspiring beauty today. Information on geology is occasionally complemented with other aspects that are useful for understanding the region and the processes that characterise it, such as ecology, local history and toponymy. Much more than just a product or commodity for tourists to consume during their visits, the Geotrail is chiefly a tool for heightening visitors’ awareness of the extraordinary significance of the Dolomites, thereby offering a far greater value than a picture postcard. The multi-day trek piques the hikers’ curiosity and makes them first-person protagonists, not merely observers, because they explore, observe and interpret; it is an experience to be discovered with all the senses, step by step. The route takes advantage of the existing network of paths, including several high-altitude routes, but the Geotrail’s unique characteristics make it the most important route for exploring and discovering the Dolomites World Heritage Site.

This project grew out of the initiative of the Autonomous Province of Bolzano – Alto Adige, which coordinated a working group that produced an initial volume guiding hikers from the Bletterbach gorge to the Sesto Dolomites. The project was later extended across the entire Dolomites World Heritage Site region and is now coordinated by the UNESCO Dolomites Foundation. The present-day route crosses all nine Systems of the Dolomites World Heritage Site and is supported by various tools, such as hiking guides and a multimedia exhibition, that help visitors explore and interpret the geological landscape of the Dolomites. 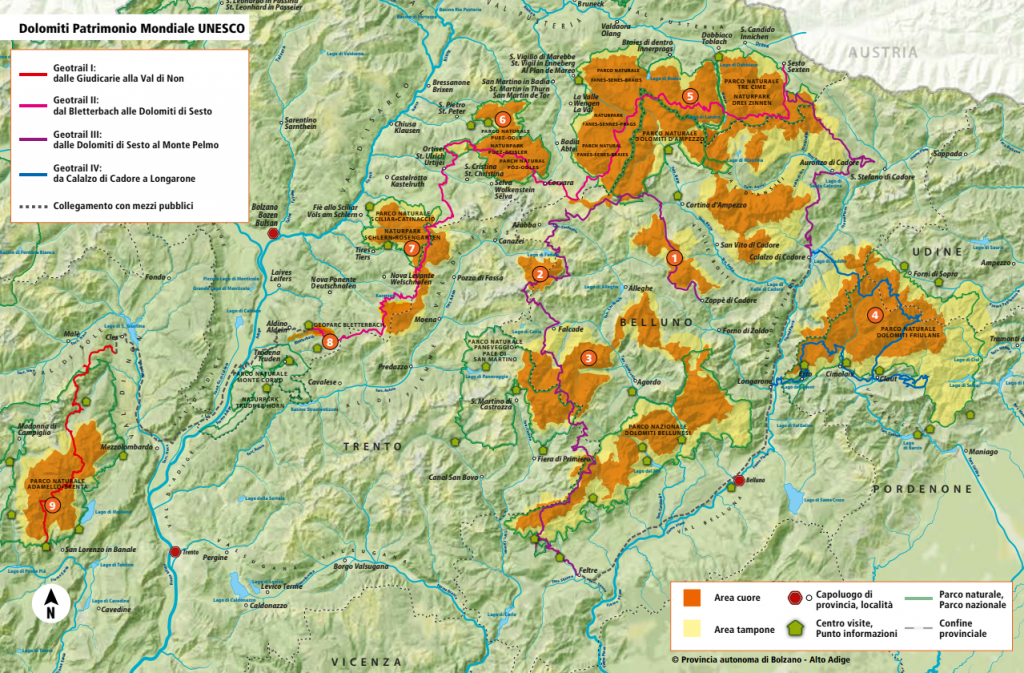 The first volume has been supplemented by three more, so that the entire Dolomites region is now covered. The team compiling the volumes was very mixed in terms of professional expertise and origin. The series is organised as follows:

Each of the four volumes is distributed in three languages: Italian, German and English. The publication of the guidebooks was made possible thanks to a collaboration with the publishing house Athesia Buch GmbH. The initial chapters of each volume give an introduction to the geological history of the Dolomites and their recognition as a World Heritage Site. These are followed by a description of each stage of the route. Each stage, in turn, is divided into a shorter section on hiking and another dedicated to a case-by-case geological interpretation of the landscape through which the route passes. The geological section also contains rest stops, called Geostops, at observation points along the way that invite hikers to explore some geological features in the immediate vicinity.

In addition to photos of the Dolomite landscapes, the graphics include illustrations with geological interpretations to support the explanations in the text and in portions of the hiking map. The stages can be tackled as multi-day hikes or as individual day-trips.

Sure-footedness, experience of the mountains, a reasonable level of fitness and stamina are all prerequisites for attempting the trail.

The exploration continues:
Immerse yourself in the amazing geology of the Dolomites

The multimedia exhibition associated with the Dolomites World Heritage Geotrail will soon have its debut, allowing visitors to immerse themselves in the geological history of the Dolomites and enrich their experience on the physical Geotrail route with the multimedia displays. The journey will be guided not only by the chronological succession of events, but also by thematic routes along with geographical exploration, of course.

In the 2nd stage of volume 2 from the Lavazèjoch to the Karerpass, the description and the map provided in the hiking guide mention trail no. 14 for the stretch from Obereggen to the Karersee, but this is not an official hiking trail anymore, which is why trail no. 8 “Templweg” is used as a detour. The route available for download on this page has already been updated with the said diversion.