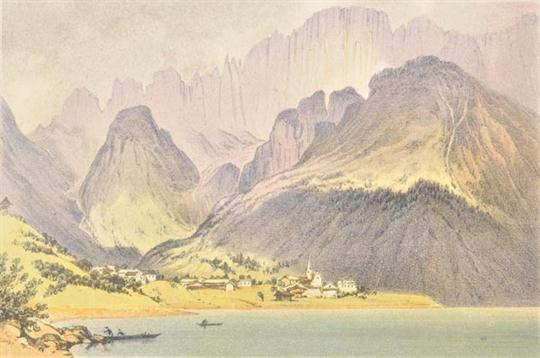 ‘The Dolomite Mountains’ by GILBERT J., CHURCHILL G.C.
A book that all lovers of the Dolomites must keep in their personal library.

Written in 1864, the book enshrines the Dolomites, once and for all, as part of the Alpine Tour that the Romantic Movement helped make fashionable on the other side of the English Channel as a variant of the Grand Tour, a tradition in which members of the British leisured classes flocked to Italy to drink in the culture. Just leafing through this book, you cannot help but wonder at the marvellous, lovingly handcrafted illustrations of the landscape.

A century and a half ago, Gilbert and Churchill, the former an artist, the latter a scientist, in the company of their wives and armed with notebooks and paints, embarked on a voyage of discovery to that unknown and untamed part of the Alps. In an era of non-stop discoveries, Antarctica and Everest to name but two, that “old” continent Europe still had some secrets to reveal, above all in those difficult, marginal high-altitude regions. The Western Alps of Savoy had been the first to be explored, at the end of the 18th Century.

It was these two British travellers, Josiah Gilbert (water-colourist) and George Cheetham Churchill (naturalist and botanist) who helped to make this radical transformation.

Together with their wives, they adored their adventures discovering unknown regions, something that opened quite a few doors to them, as they did their “field research”, building relationships with a people well-known for their tremendous introversion.

Their love for the Dolomites drew them back time and time again, between 1861 and 1863, so that they could explore each valley, one by one. They must also be given credit for their decision to entitle their book The Dolomite Mountains, doing honour to the memory of Déodat de Dolomieu who was the first to notice, at the time of the French Revolution, that the limestone making up these peaks does not produce effervescence when exposed to hydrochloric acid.

The fascination of this unknown world, with its new exotic name, cast a spell over the elites of Europe that, while it took some years, eventually trickled down, opening the way to the tourist industry that in its various forms, such as climbing and hiking, began to flourish in these valleys.

What we can be sure of, and the book confirms this, is that these were the first British visitors to pass this way. And we could add, they were the first genuine tourists in the Dolomites of the modern era. 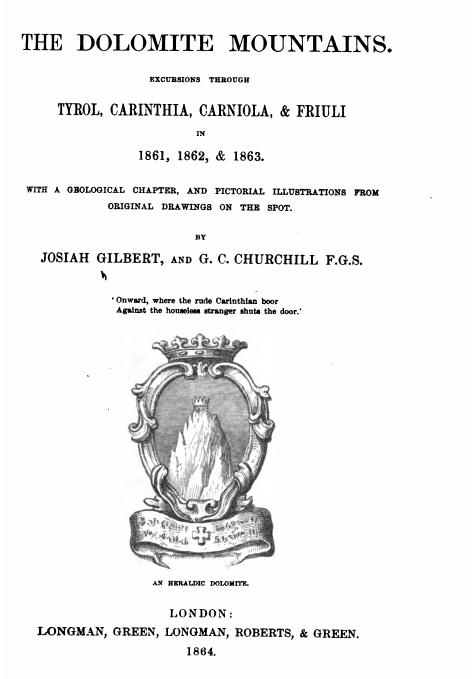 The Dolomite Mountains on Google Books.