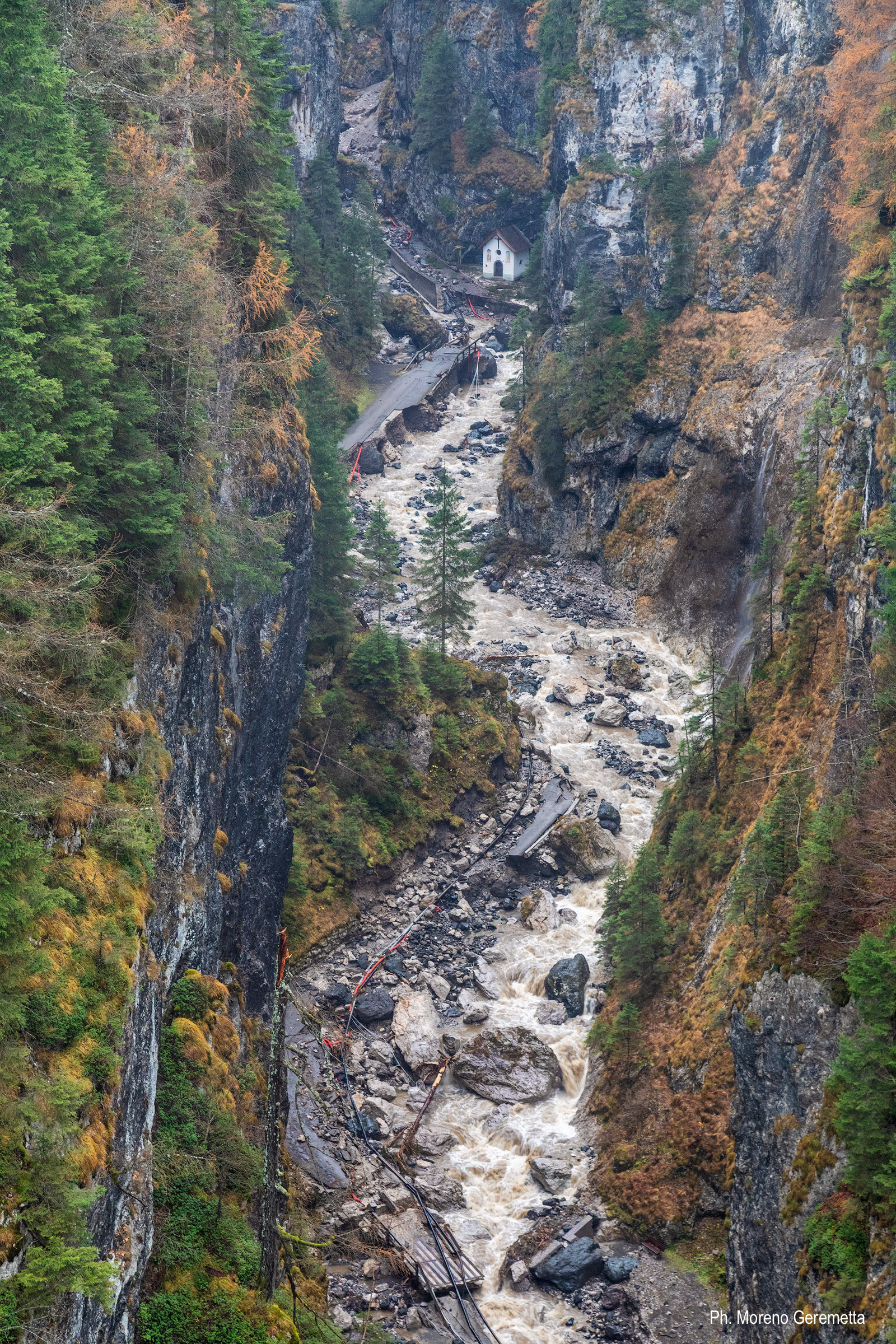 After the natural disaster which hit the Dolomites (as well as other areas in Italy), devastating Serrai di Sottoguda (BL), the locals have come together to rebuild this highly symbolic place.

The Board of Directors of the UNESCO Dolomites Foundation voted unanimously to support the project to rebuild Serrai di Sottoguda in the municipality of Rocca Pietore (Belluno).

“The calamity which affected the length and breadth of the Dolomites hit some extremely symbolic places which give access to the UNESCO World Heritage Site”, commented the president of the UNESCO Dolomites Foundation Graziano Pizzimenti, “including Serrai di Sottoguda which is an important tourist attraction. The project to rebuild Serrai di Sottoguda is an opportunity to safeguard its landscape and geology and enhance its aesthetic and scientific features”.

The flooding at the end of October basically destroyed the road along the gorge, demolishing the bridges, the walls along the banks and the retaining walls and it carried away all the material from the bed of the Pettorina stream.

Nearly 2 km of road need rebuilding for symbolic, economic and tourism reasons. How will the project be organised? The UNESCO Dolomites Foundation has decided to support the Municipality of Rocca Pietore’s proposal to come up with innovative solutions for the project by organising a competition, bearing in mind that events like the one in October can happen again. The brief of the project is:

THE ROLE OF THE UNESCO DOLOMITES FOUNDATION

The UNESCO Dolomites Foundation will work with the local administrations, drawing on its experience enhancing the World Heritage Site, to launch a competition to come up with the best idea for the rescue project, taking into consideration the many different aspects involved in such a reconstruction effort.

The overall cost of the project will be around Euro 6 million, of which approximately Euro 200,000 is allocated to the design stage.

The cost will be met by:

“My community is worn out – said the Mayor of Rocca Pietore, Andrea De Bernardin – “Every day we are out there, trying to get back to normal, no one’s going to give up. Serrai, in particular, is an invaluable resource for us and it is known and loved throughout the world: it is an outstanding natural phenomenon, and still is after the events of 29 October. Access will be restored and we hope this will happen as soon as possible. It’s a clear sign of our unity. I’m grateful to the UNESCO Dolomites Foundation for taking on board our idea of a competition and, especially, for its offer to fund the design stage”.

“Serrai di Sottoguda is a priceless gem in the extraordinary treasure chest that is the Dolomites. Its landscape is of exceptional value and it is an important tourist attraction” commented the Councillor for Tourism of the Veneto Region, Federico Caner. “This resource may have temporarily lost some of its magic, but we will restore it to its former glory. We mustn’t stop at just repairing it, we must make Serrai a workshop for innovative solutions regarding accessibility, use and protection. And who better than the UNESCO Dolomites Foundation to lead this exciting venture, with its ability to bring together ideas, expertise and enthusiasm to help the areas most hit by the events of 29 October?”.

“It is a clear signal of solidarity in such a difficult and sensitive time for our area. It has been made possible thanks to the support of the other members of the Foundation who unanimously voted in favour of this project” commented the president of the Province of Belluno, Roberto Padrin.

“This project demonstrates our ability to work in a network within the UNESCO Dolomites Foundation” stated the director of the UNESCO Dolomites Foundation, Marcella Morandini. “The exceptional weather that hit our valleys has strengthened our solidarity: everyone working together to rebuild such a symbolic place in the Dolomites shows that our World Heritage Site has no boundaries. No boundaries, not even in terms of use, as Serrai di Sottoguda is one of the many routes which is accessible to everyone, irrespective of their physical limitations”.