Activities | From #Dolomites2040 to the Overall Management Strategy 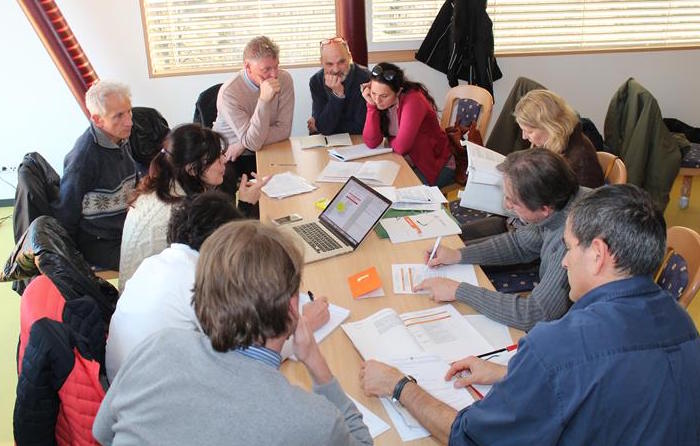 During the participatory process #Dolomites2040, which was held between May and June 2015 in eleven different locations throughout the Dolomites, proposals, expectations, hopes and even some constructive criticism emerged. It was an important turning point for the project, especially in the way it approached the consultation and work process. The meetings involved the Supporters, the local administrations, trade organisations, associations and all those who wanted to have a say in the future of the Dolomites. The results were, in part, integrated into the Overall Management Strategy (soon be submitted to the UNESCO inspectors who are due to visit us in 2016) which was approved by the Board of Directors on 21 December 2015. Prior to the Board of Directors, the Scientific Committee had given its approval of the Strategy, saying it effectively summarised all the possible actions to implement over the next years. A number of issues emerged during the participatory meetings that are now waiting to be translated into operational projects. This will depend on the resources available, the priorities, the progress made in the processes as defined by the working groups of the operating networks. Significant progress is expected in a number of issues (as outlined in the mission report drawn up by the inspectors during their field visit in October 2011), such as sustainable mobility, tourist use with low environmental impact and harmonisation of the policies to safeguard the heritage in the different regions, and this will call for brave decisions to be taken.

The Overall Management Strategy defines the natural environmental as being central to social and economic issues and states that cooperation is the key to trying out innovative policies for conscious growth, policies which foster the concept of natural heritage as a living environment. It is a concerted document which promotes a shift from passive conservation of the environment to widespread environmental responsibility (the Protected Landscape Approach). The Strategy is therefore a flexible, dynamic tool, a set of strategies and objectives that can be tailored to the different places and verified over time, based on a process which embraces mediation and compensation between those involved.